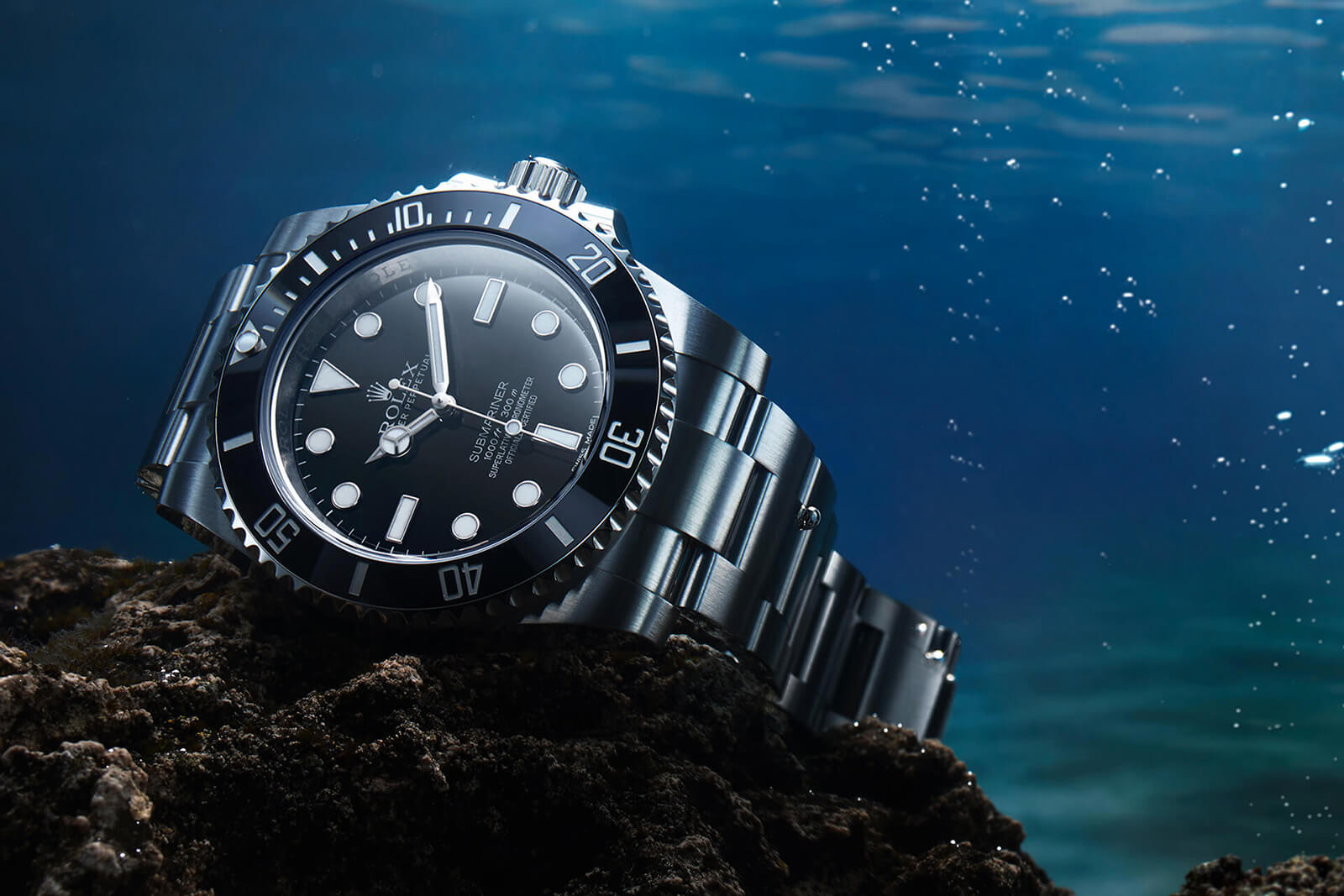 Is there any diving watch more iconic than the Rolex Submariner? Well, some might argue the case for the Fifty Fathoms but you know. They’re wrong. The Rolex sports watch stalwart has been the archetypal underwater timepiece since it was introduced in 1954. The only problem is that, unless it’s your main watch, the Sub can be a little pricey. So finding an affordable alternative to the Rolex Submariner is important.

Fortunately (for us at least) the Submariner has inspired a raft of watches following suit, so much so that the combination of unidirectional rotating bezel, clear, legible dial and impressive waterproofness are far from unique to Rolex. Here then, are five of the best alternatives to scratch your Submariner itch without scratching a couple of zeros off your bank account. 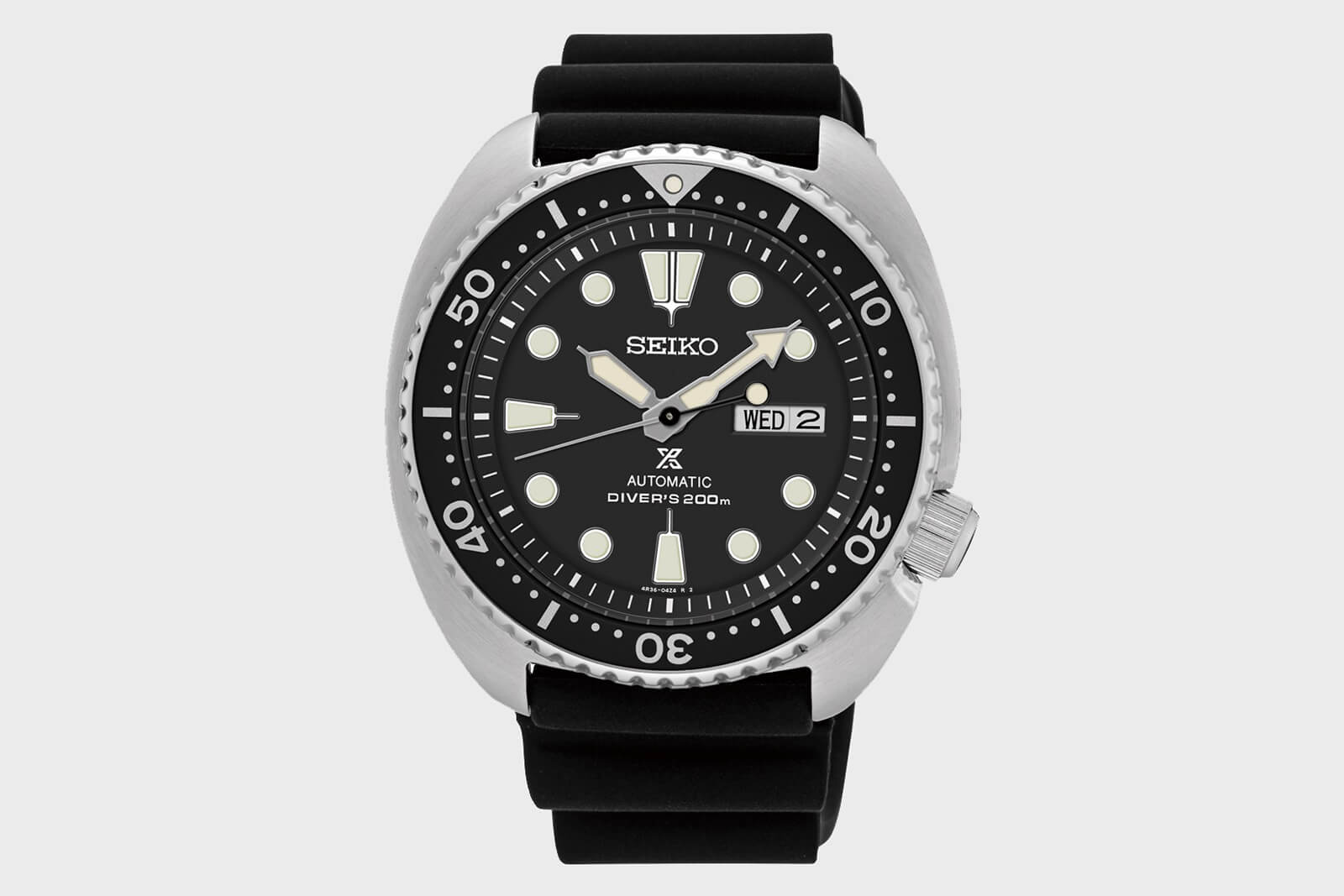 You can trust Seiko when it comes to value for money; the giant of Japanese watchmaking produces some of the best watches in their price range – or a couple brackets up for that matter. Their signature diver takes a fair few cues from the Submariner with its circular indexes and diving bezel but sets the lot in a more lozenge-shaped case. The crown at 4 o’clock is also a nice little point of difference. Its depth resistance is a little less than optimal at 200m but for less than 1k it’s hard to argue that this is anything but a fantastic diver, especially as an affordable alternative to a Rolex Submariner. 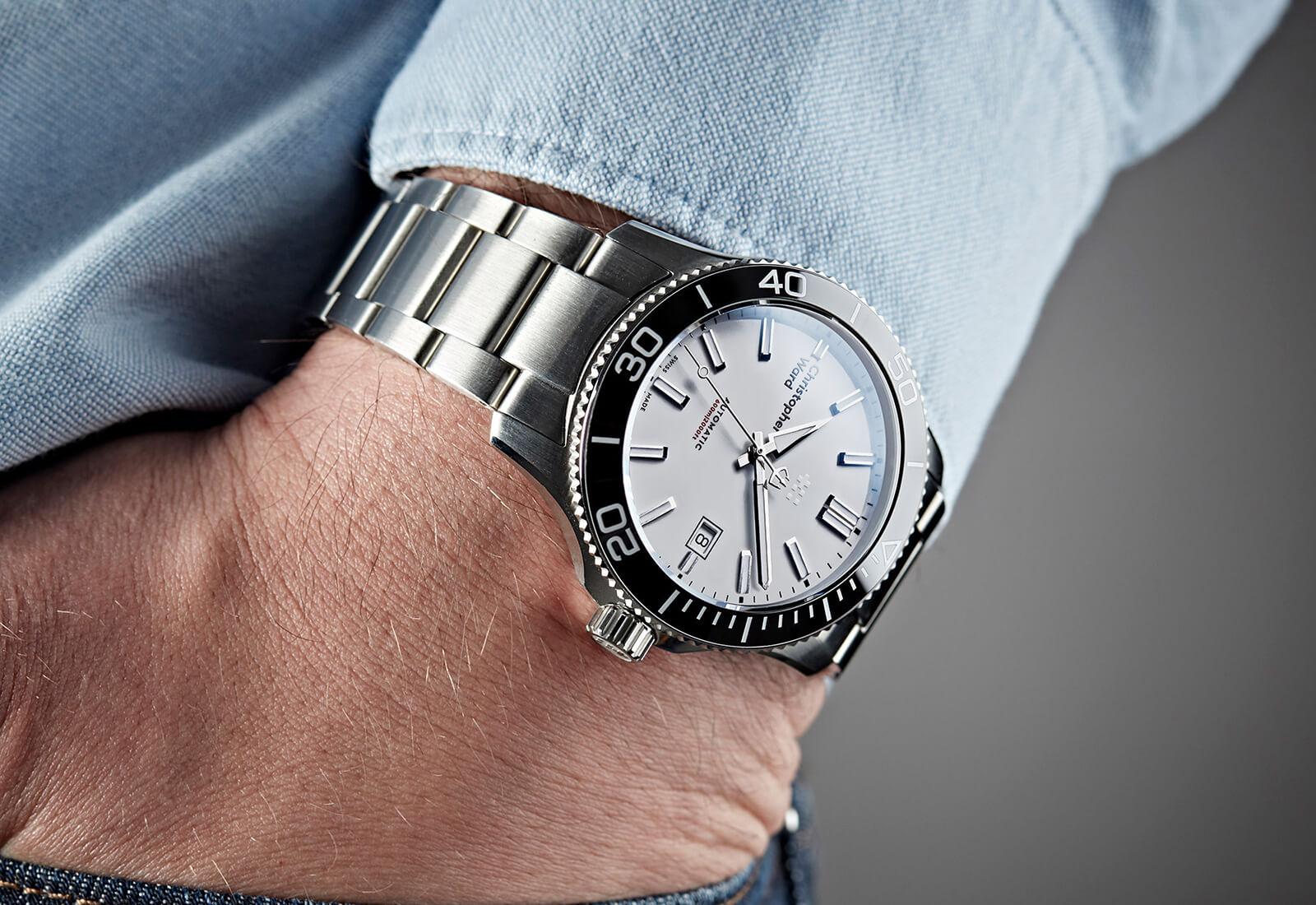 The latest iteration of Christopher Ward’s flagship watch ups the ante when it comes to depth-defying performance. In fact, it’s the equal of the Submariner in that regard, able to survive at 600m under the water. It’s also a little more contemporary, with some cool colourways like the black and white or red and black. The automatic movement is no Rolex, that’s for sure, but if you’re not too bothered about that this is a true diver, one that’ll serve even a professional perfectly. 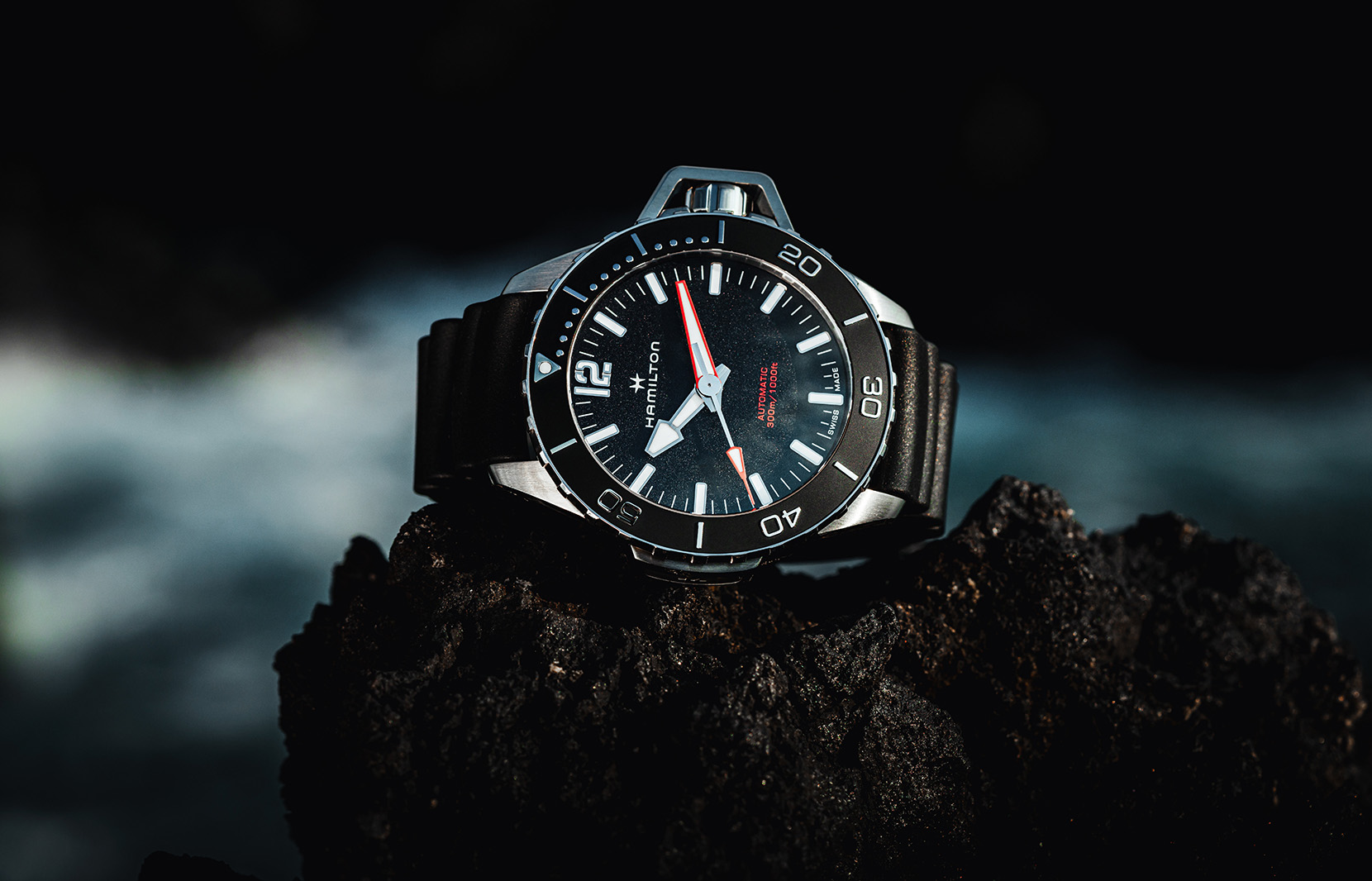 Hamilton might be best known for their Khaki field watches and pilot’s fare but they’re no strangers to dive watches either. The new Khaki Navy Frogman automatic is a brilliant affordable alternative to the Rolex submariner. It has an equally bold aesthetic with a 46mm diameter case in stainless steel with a chunky diving bezel. Admittedly the hour markers aren’t particularly close to the Rolex but this is one of the few watches that has a movement that can actually compete with the Submariner. It’s the H-10, which has an 80-hour power reserve and accuracy of +/-15 seconds per day, impressive stuff. 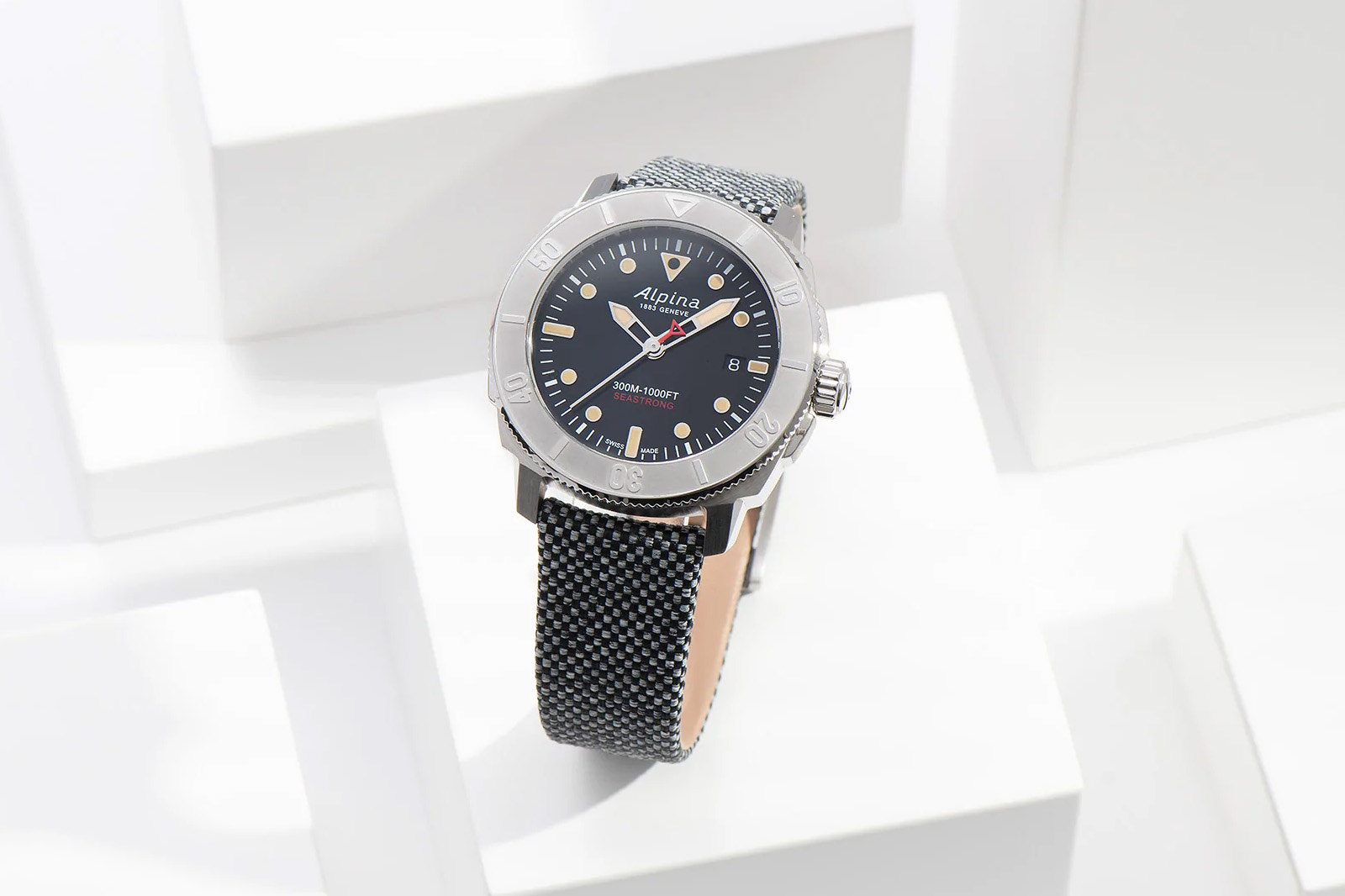 About as minimal as a diver can get and still be considered a professional instrument, Alpina’s seriously cool diver not only maintains design elements inspired by the Submariner but also the case is created from 100% recycled steel, a first for the brand. The metal used is recycled from maritime carriers and has been constructed with 300m water resistance. Elsewhere on the watch it has the same shape indexes as the matte black dial, eye candy for anyone obsessed with symmetry. The in-house automatic calibre is a solid piece of work. The Alpina ticks every box as an affordable alternative to the Rolex Submariner, whether you wear divers for actual diving or just because they’re a necessity for any collector.

While our yardstick for Submariner comparison has been the basic steel version, another Submariner staple is gold and steel bi-colour so it would be remiss of us not to include an affordable alternative in that striking colourway here. Fortunately, Oris has just launched the perfect substitute, the Aquis 400 Bi-Colour. The skin diver aesthetic is clear to see and the stainless steel case is enhanced with 18k gold finishing on the unidirectional rotating bezel, giving it that extra flash of colour. Plus, it houses Oris’ landmark Calibre 400.