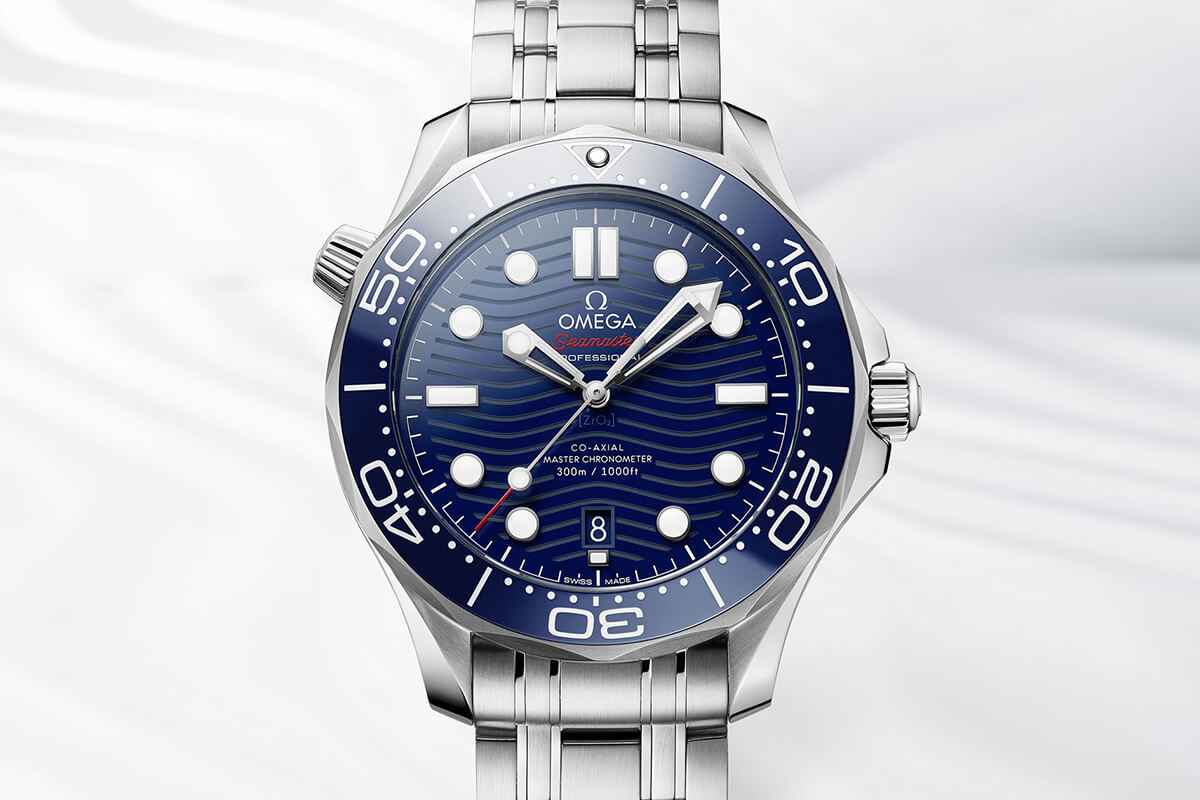 With No Time to Die on the horizon, Omega’s Seamaster it getting its filmic dues once again, particularly with the latest 007-slanted limited edition (you can find our thought on that particular number here). However, while it might be one of the most successful diving watches in the world, the Seamaster 300m isn’t the cheapest.

That’s not necessarily to its detriment; it’s a well-made diver with serious credentials. It might just be a bit rich for a watch that’s meant to spend most of its life in salt water, especially when there are so many cool, well-price alternatives out there.

Here then, are five affordable alternatives to the Omega Seamaster 300m. 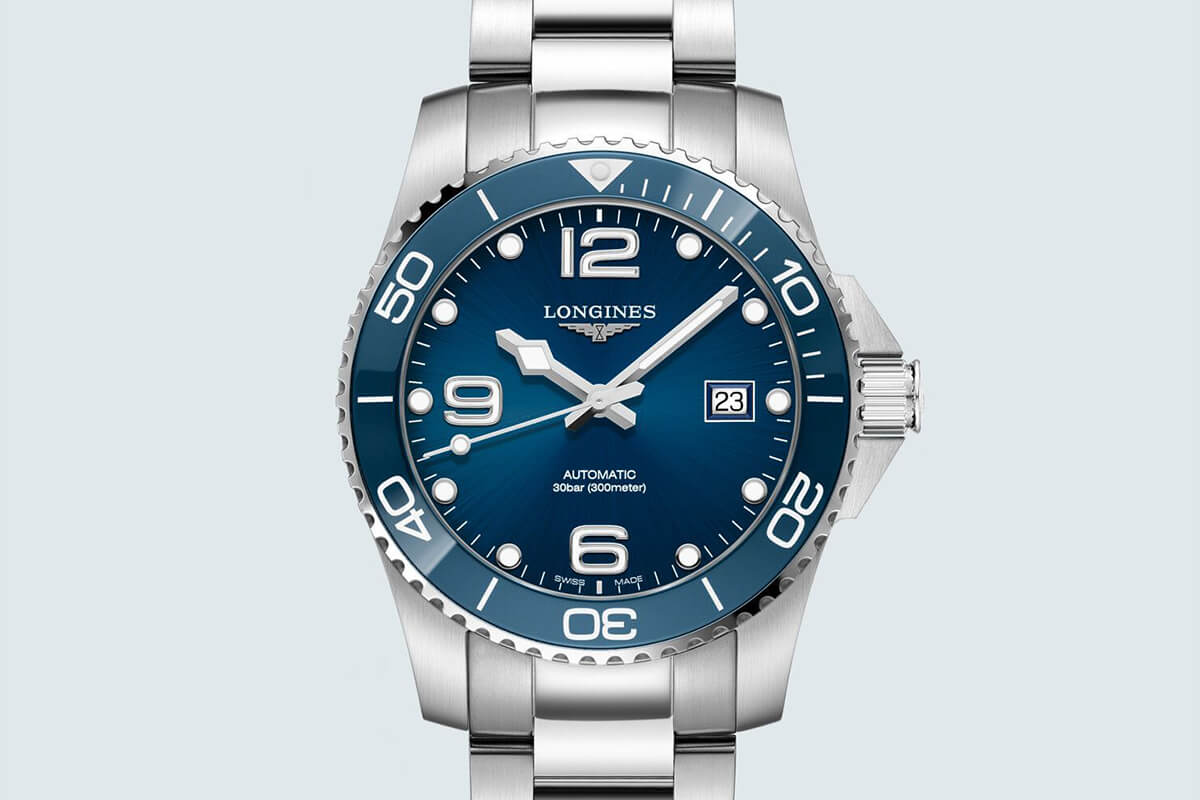 They may be just one step down from Omega in the Swatch Group hierarchy, but it’s one small step in quality, one giant leap in price. Longine’s signature dive watch collection has much the same look as the older Seamaster 300m – i.e. without the snazzy, faceted bezel the current crop does – and still maintains a solid 300m water resistance. Really the only difference is the movement, and here you’re still getting a great in-house number. And who doesn’t like a blue watch? 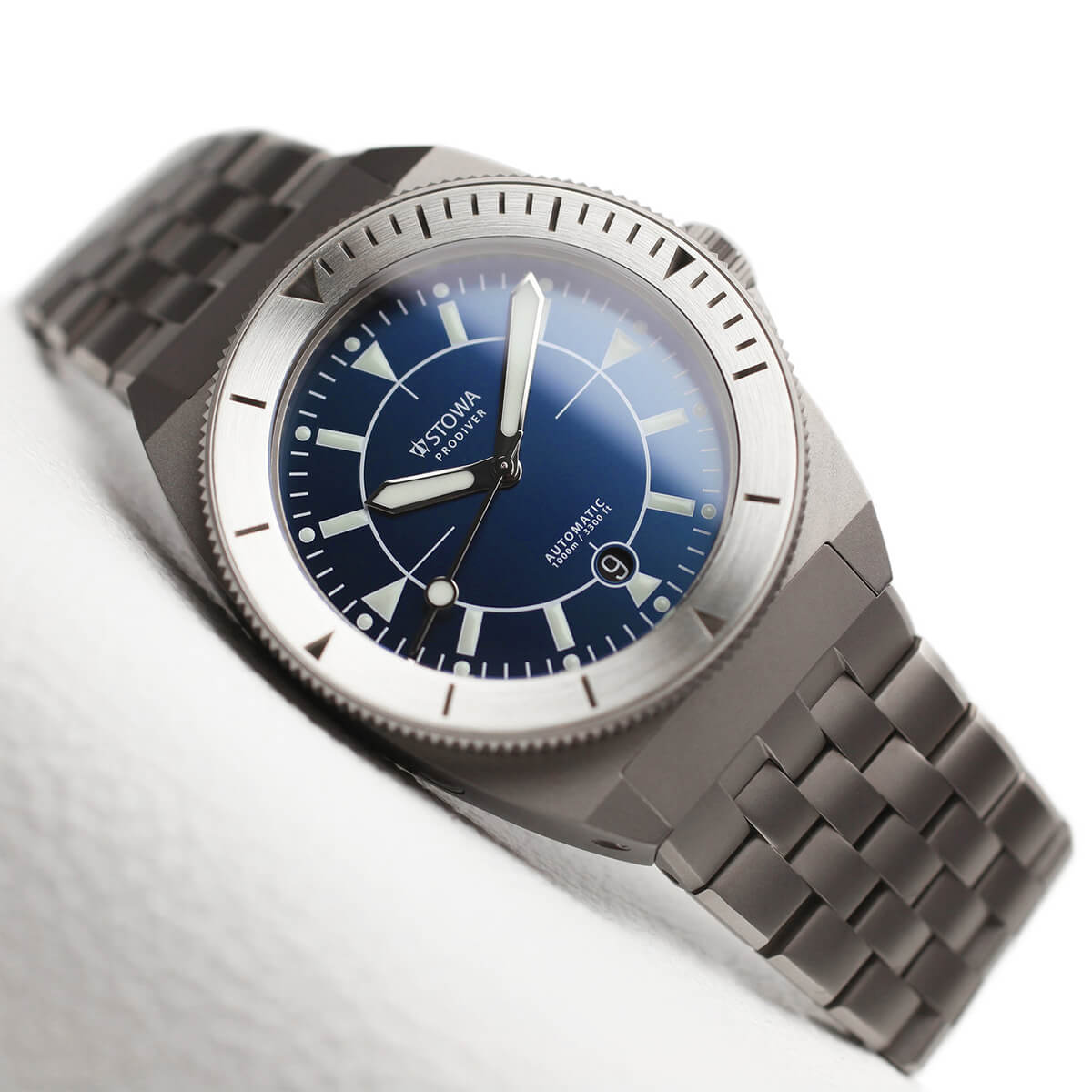 Speaking of blue, diving watches do tend to favour the nautical colours. I wonder why? Even if it’s everywhere though, Stowa’s uses the blue and white colour scheme phenomenally well on both bezel and dial. As a diving watch the Prodiver is a serious piece of kit, smaller than some at 42mm but able to head down to the abyssal depths 1,000m deep. Think of it like a ProPlof with better looks, particularly with it’s cool lozenge case in lightweight titanium. If you like it, just be quick as it’s limited to 200 pieces. 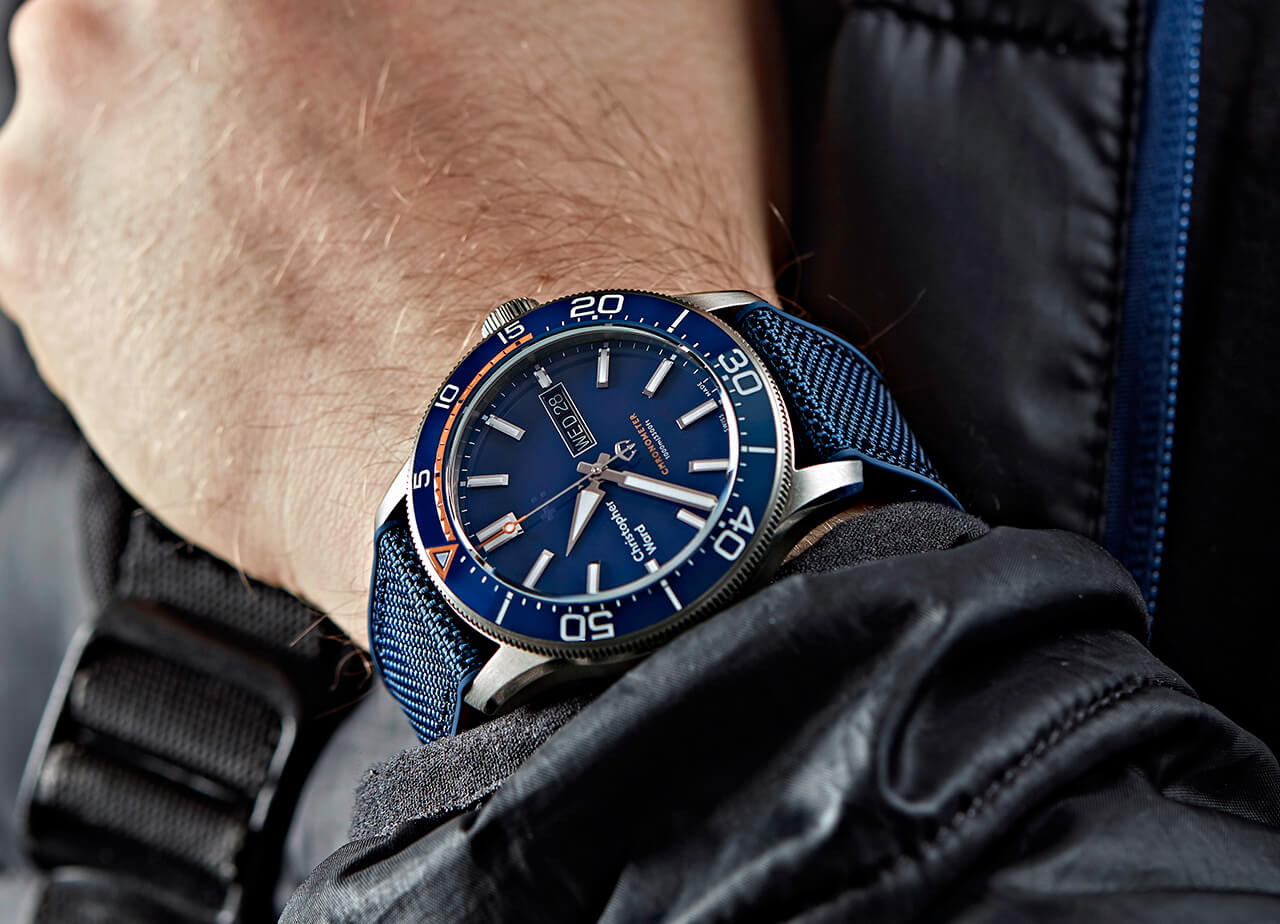 If imitation is the sincerest form of flattery, Christopher Ward is one hell of a charmer. It’s no secret that the C60 collection is indeed their answer to the Seamaster and it’s one that’s on the money. First there’s the cool orange and blue colourway; then there’s the lightweight Grade-2 titanium case with its 1,000m water resistance; then there’s the hybrid strap, both Cordura and rubber. It sticks every box Omega’s does, just with a less exclusive movement or the secret agent pedigree. Or, for that matter, the price. 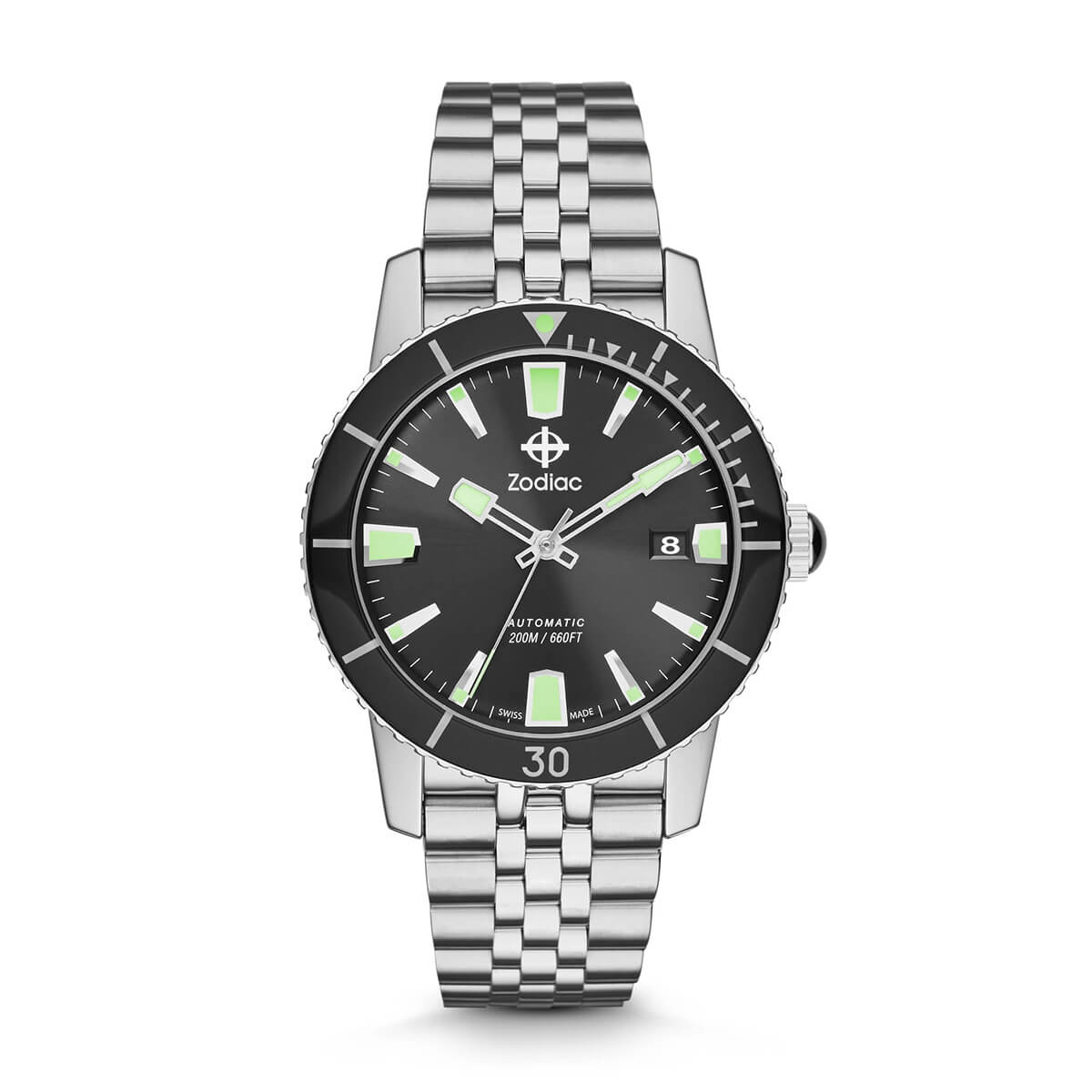 The name might sound like Aquaman redesigned by an overactive 10-year-old (still played by Jason Mamoa, obviously) but Zodiac’s signature diver is actually on the diminutive side at 40mm. Still, they’ve managed to cram a lot into the Sea Wolf 53, which boasts a sapphire bezel, black sunray dial and more lume than an angler fish across those oversized indexes and hands. Opting for an STP over ETA or Sellita movements, it’s a sleeker, more restrained diver without resorting to the classicism of Fifty Fathoms imitations. 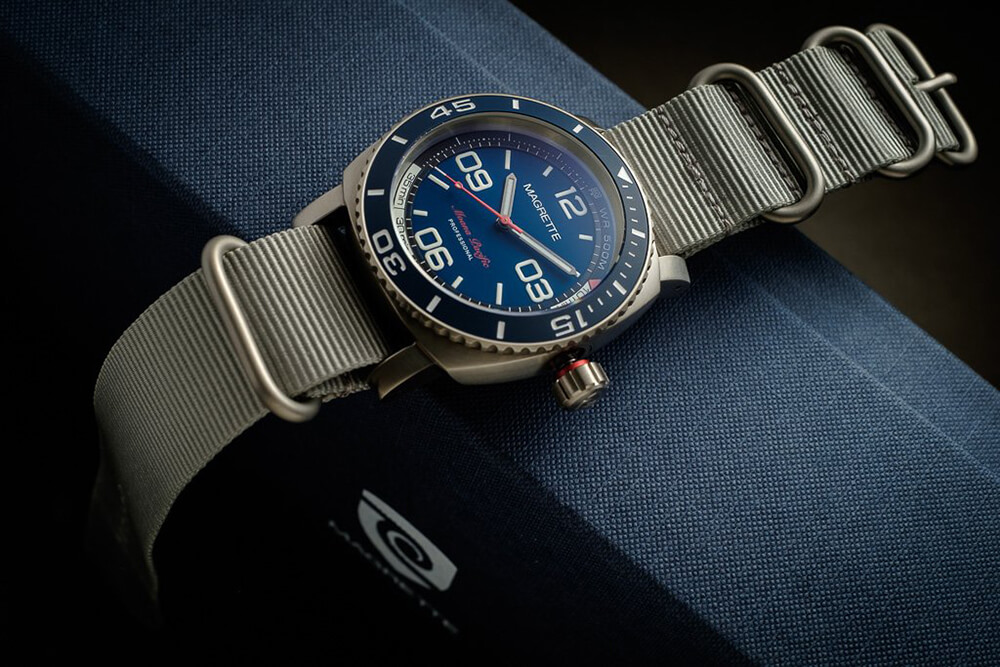 A ‘value proposition’ isn’t what you often look for in a potentially life-saving instrument but in Magrette we trust. In design their Moana Pacific is somewhere between a Panerai and a Seamaster, the bastard offspring we never knew we could love.  Aside from the elegantly-rugged looks, it also has an impressive 500m water resistance which, for a watch that’s pocket change compared to some of the more established brands is seriously impressive. And before you start thinking it’s too good to be true, we’ve tried it. It is most certainly true.