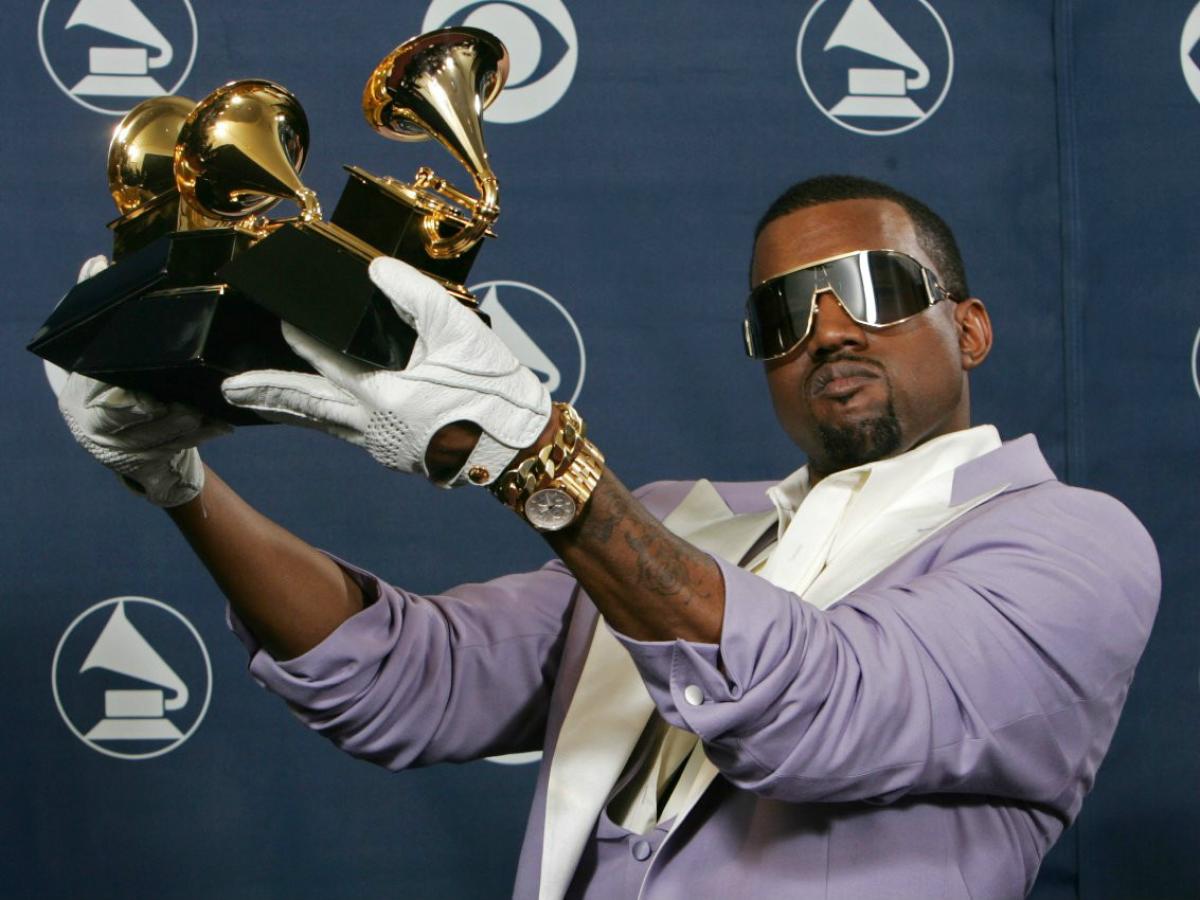 You might not have heard about this guy before but don’t worry; not many people have. He likes to stay in the shadows – shy, retiring and painfully introverted. You might instead know him as the artist behind the under-the-radar release that is ‘Jesus is King’ which, rather than being a Christian Rock album is instead a hip-hop/gospel mashup of epic proportions.

Yeah so there’s only so long we can pretend Kanye’s not one of the most famous, sometimes divisive, hilariously insane guys in the world; the rapper/fashion mogul/political mouthpiece/bearer of the dragon energy cuts one hell of a figure, even when he’s not covering Nirvana from the pulpit. 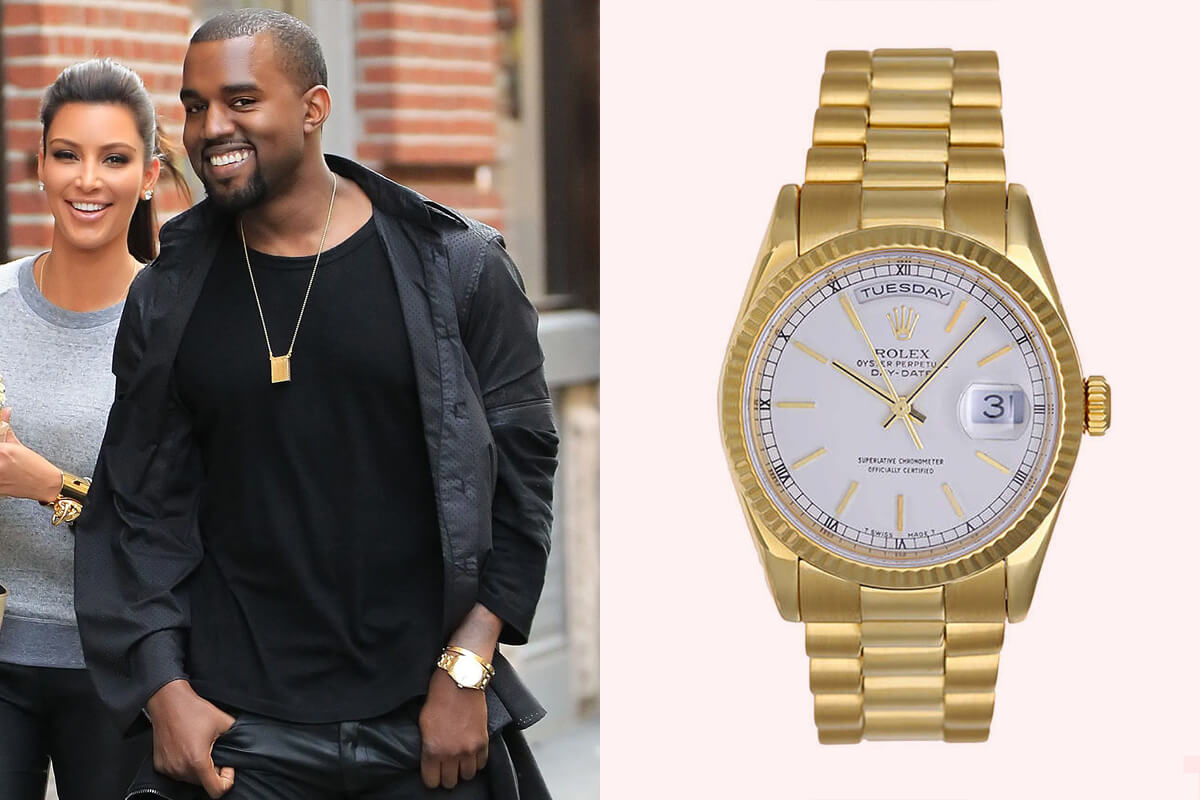 Yet much as he tries to set himself apart from the mere mortals of the hip-hop world, he has one thing in common with them: his wrist candy. His watches are even strangely conventional. For one, it’s mainly Rolex. Kanye’s been spotted wearing pretty much every current model out there, from the Day-Date (his second-favourite president) to the Submariner and Yachtmaster II, via, of course, the Cosmograph Daytona.

It’s a pretty classy line-up for sure, a lot more so than many a rapper has gone for in the past. It’s like sticking to Ferraris rather than Lamborghinis – weirdly unassuming, considering. That said, he does have a few more off-kilter pieces. 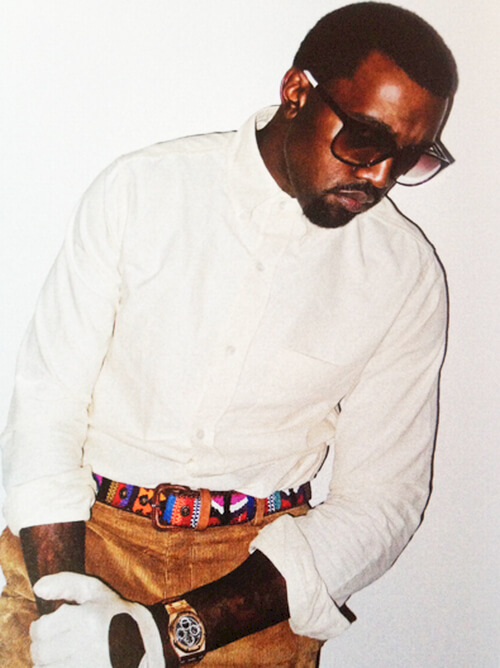 The most obvious is an Audemars Piguet Royal Oak Perpetual Calendar with a skeletonised dial and a huge, yellow gold case. That’s more like it. Yet he also has a watch that shows he’s a serious collector rather than just wearing watches for the sake of style: the Cartier Crash. 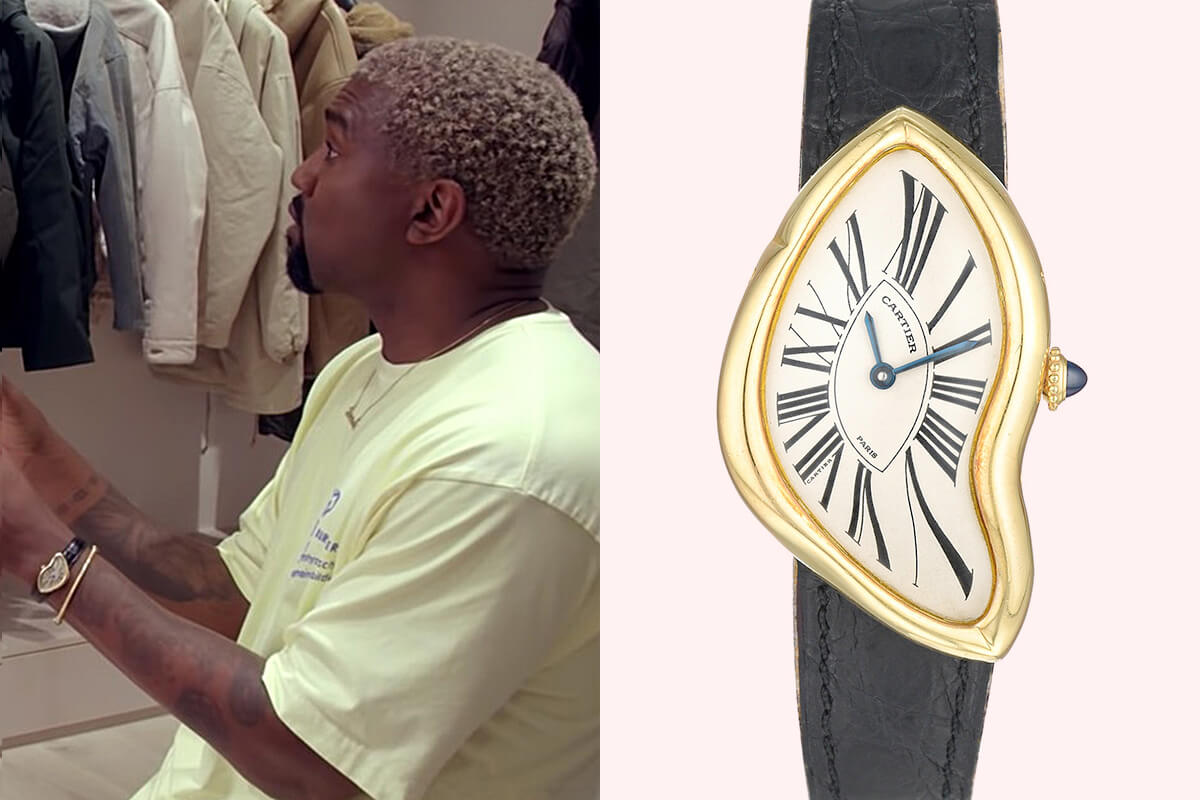 Designed in 1967, the Crash is a rarity and is a piece that, unlike its movie counterpart, deserves its praise. It’s meant to imitate an actual Cartier watch that was wrecked in a car crash, hence the bent, near-destroyed case. Granted it just so happens to mirror Kanye’s psyche, but it’s also a cool vintage piece in its own right.

We’ve yet to get bored of ‘Jesus is King’ here and there’s no doubt it’s one hell of an album. And despite Kanye’s many, many flaws his watch collection at least is beyond reproach. Until he starts wearing a watch with Jesus’ face on it. Then we’ll start to worry.