Finally, we’re through to the last 16! Still, while the England players might be giving their World Cup match bonuses to charity, they are normally quite happy to splash the cash. That means cars and houses of course, but as you know we’re more interested on what’s on their wrists. 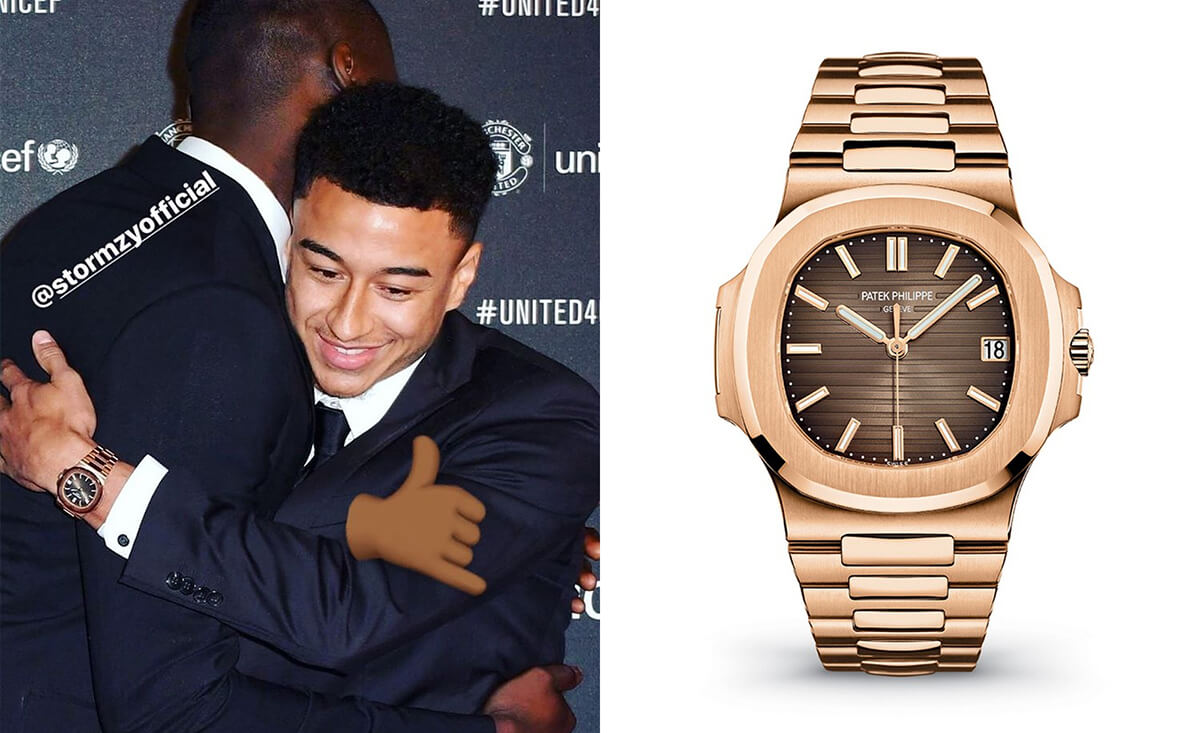 Lingard has been with Manchester United since he was just 7 years old, so is one of the few premier league players that seems to value loyalty. At least when it comes to his team; he’s recently ditched his own Rolex for something a little more prestigious… two Patek Philippe Nautilus 5711’s in rose gold and stainless steel. We’re hoping wise watch choices will translate to wise decisions on the pitch.

If England beat Colombia, Alli will most likely have a strong part to play in it (if he keeps his cool!) Over the past two seasons Alli has made a huge impact on the pitch for Spurs… and his Royal Oak Offshore makes a huge impact off the pitch. 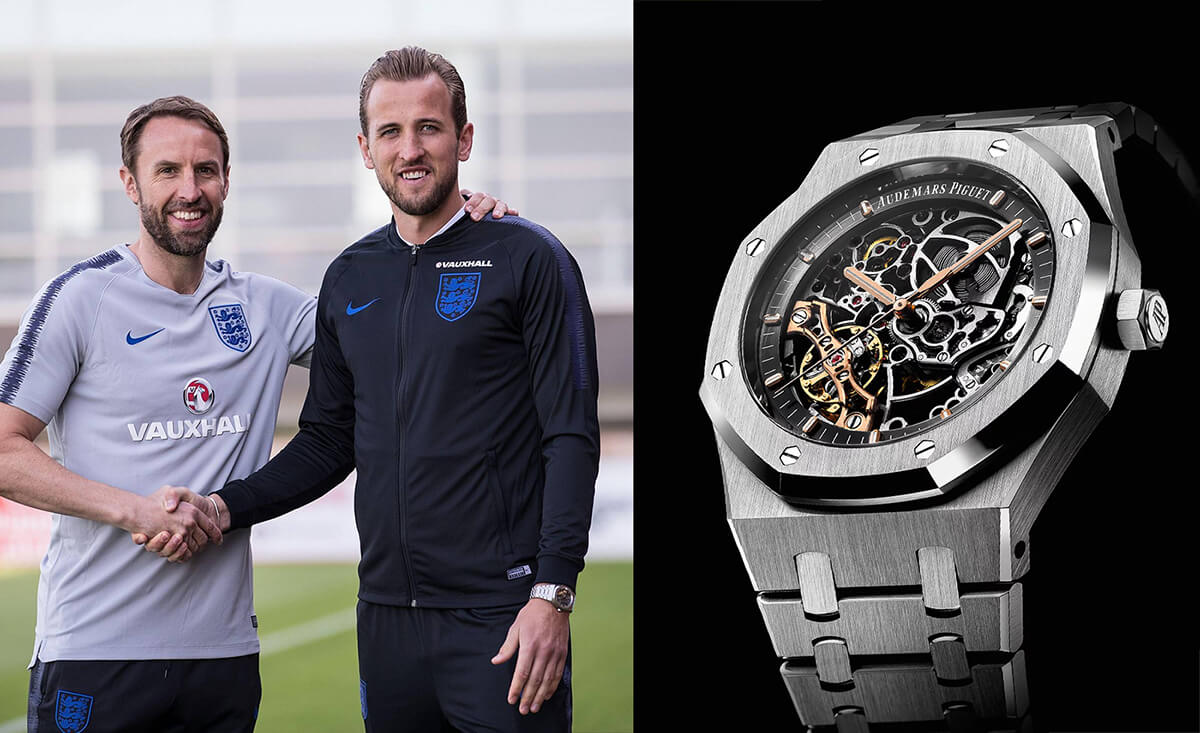 The nation’s hopes are resting on England’s Talisman to fire us all the way to the final and with him currently leading the Goldenboot leaderboard he’s currently on par! Before the tournament began many pundits claimed that Kane is the only ‘World Class’ player in the current squad, so if there’s one player wearing the perfect watch for him, it’s Kane with the ever-awesome Royal Oak. 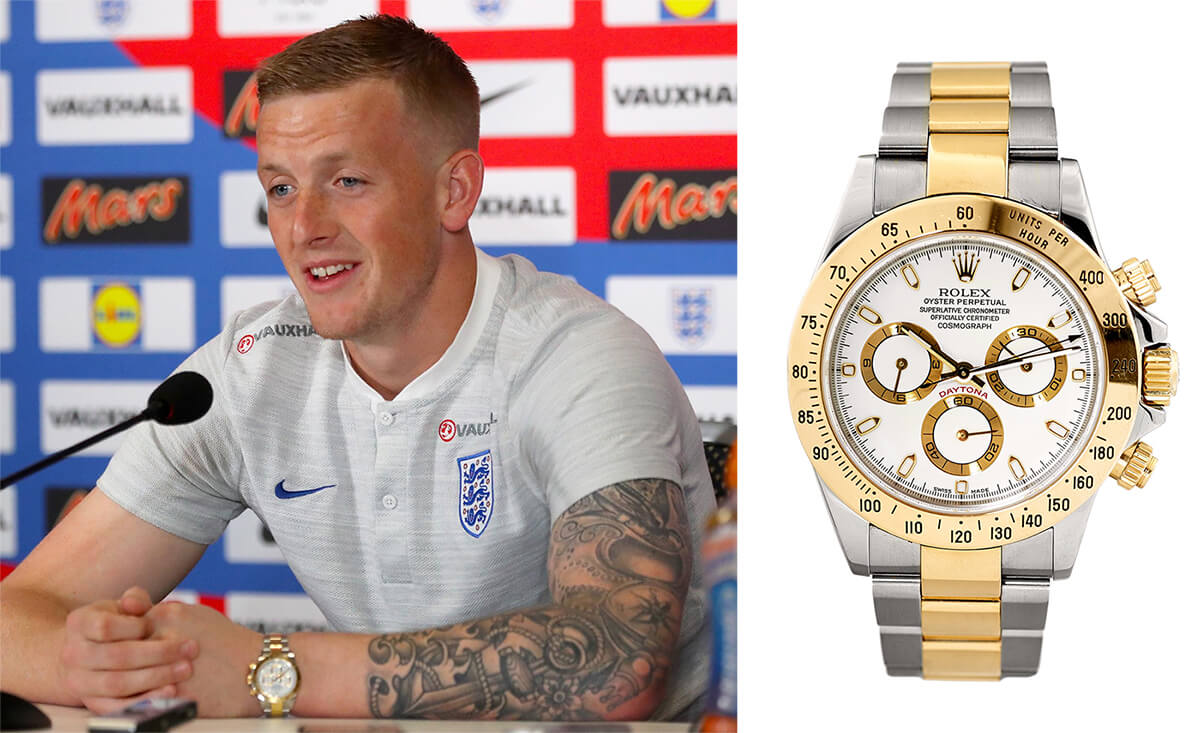 It may be his first World Cup, but the Everton stopper has already shown he is ready to be England’s ‘number 1’ for the foreseeable future. He’s England’s safety net, making it fitting that he himself has gone for a pretty safe choice in the ever-popular, inarguably iconic Rolex Daytona.

You can’t blame someone known for his blistering pace to ask for a little more performance out of his timepiece. Enter Richard Mille, with the engineering of an F1 car thrown into a watch. Still, at least Vardy’s shown restraint in his choice of model; 50k is entry level for the watchmaker – a whole half-a-week’s wage for Vardy! 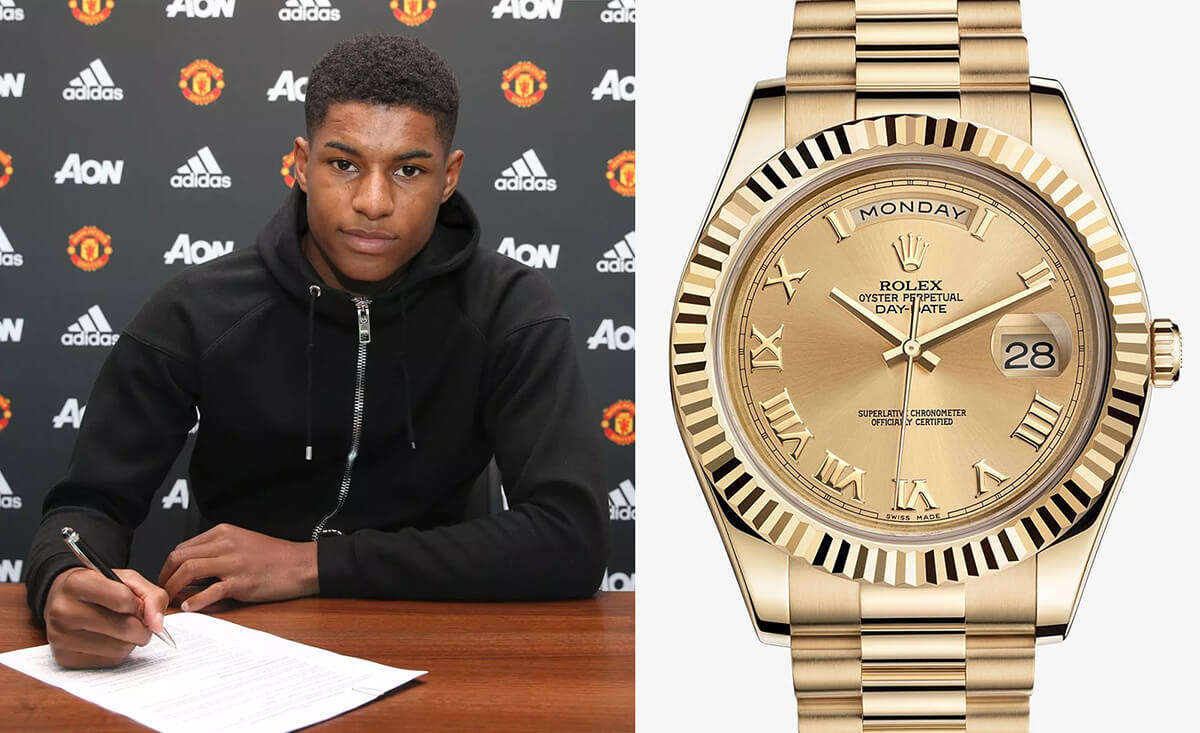 Rashford has come out and put his name forward to take a penalty against Colombia if both sides are even after extra time, which shows his confidence. Still, he might be less inclined to show off his Rolex Day-Date in public after the 20k watch was stolen. He’s since dropped charges for reasons we’re not about to speculate over. Still, there’s little doubt he has a replacement by now. 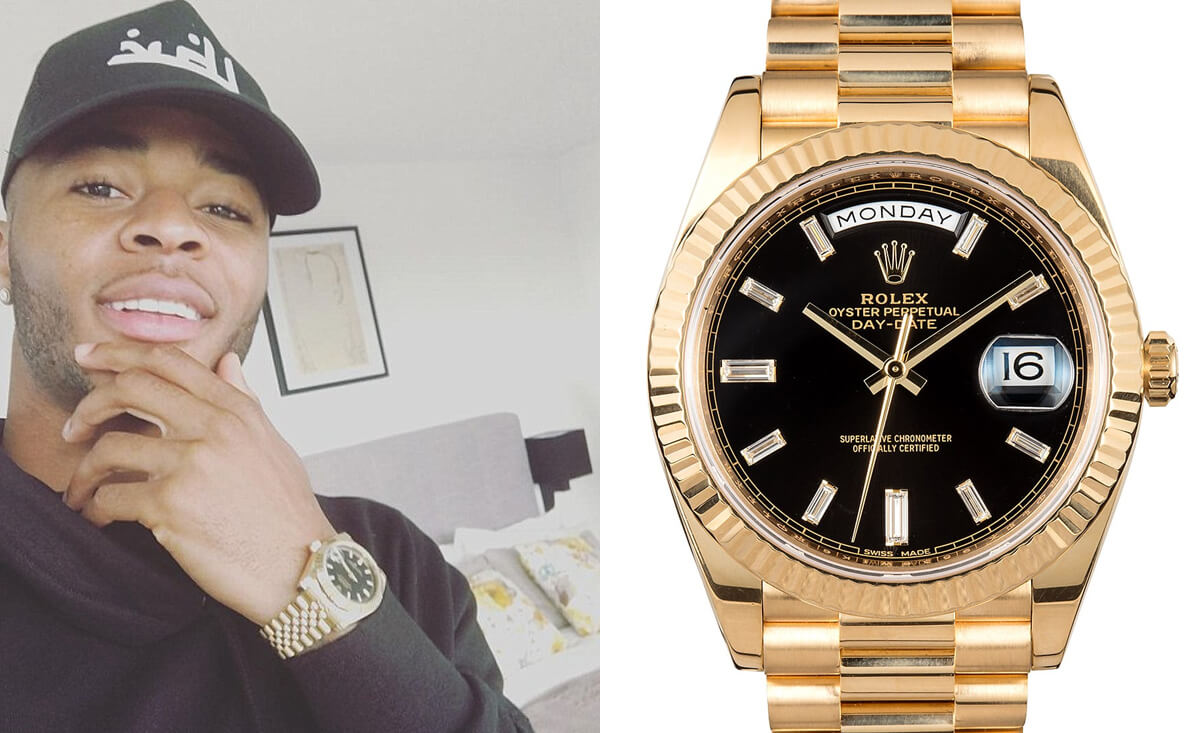 Sterling could be crucial to progression into the quarter & semi-finals of this world cup. With his lightning pace and incredible movement he strikes fear into the most experienced of defenders. As well as his skill, he’s developed a crucial maturity over the past year or two, and this has obviously spread into his choice of wrist-wear, opting to sport the reliable Rolex Oyster Perpetual day-date II. Here’s hoping to keeping his head against the Colombians.

Walker is now classed as one of the more senior players in this young squad, however given his many appearances, it seems odd that Russia 2018 is his first World Cup tournament. Still, while he may have felt hard done by from the dodgy penalty decision in opening game, at least when he got back in the dressing room he could show off his own Daytona 50th anniversary edition. That would cheer most of us up right?