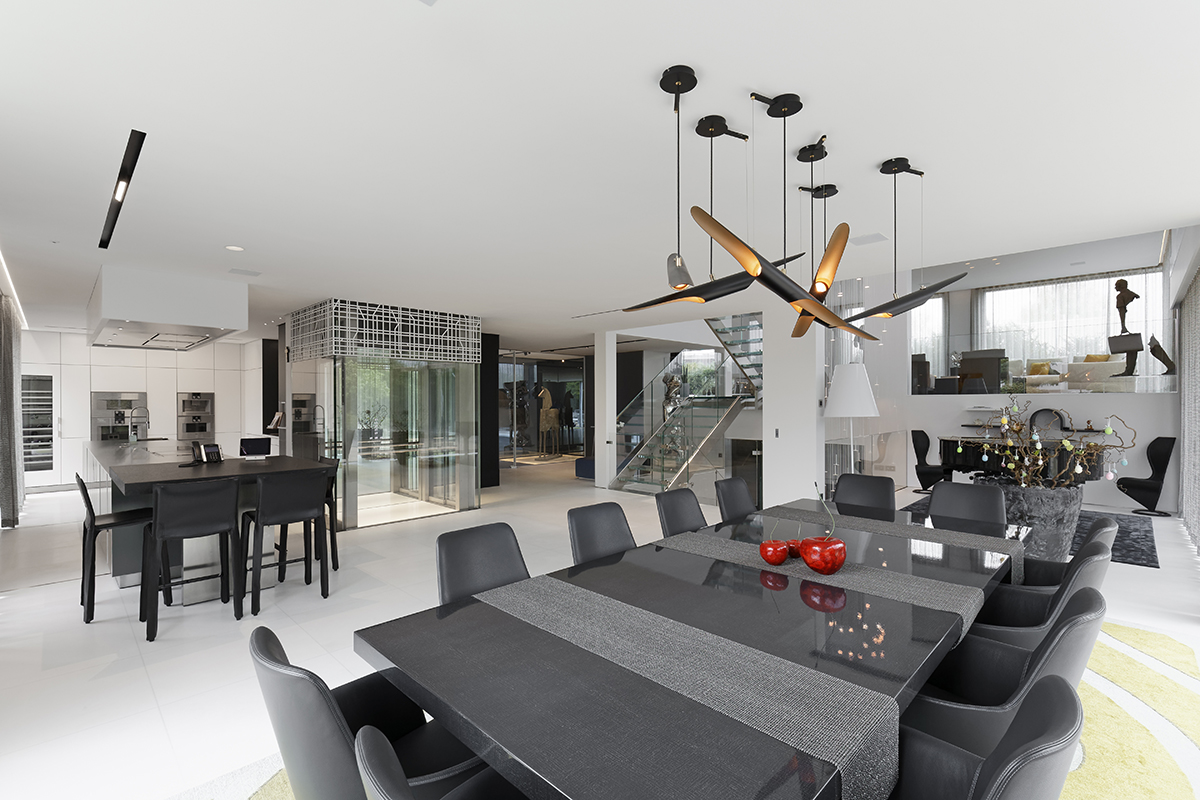 What exactly is a smart home? The phrase gets bandied around a lot and it’s a pretty simple concept, but it’s also the kind that can seem a little too alien to everyday life. The furthest most people go is Sonos or some similar all-pervasive music system but, as Crestron has illustrated, a smart home can be so much more.

Imagine being able to control everything from a single keypad or controller. Not that far-fetched, right? Now make it even simpler: a single voice command that closes every window and locks every door in the house as you leave or a button that dims the lights, slides down a screen and switches the projector on to whatever you were previously watching.

The idea isn’t necessarily to make things techy and it’s certainly not to make them overcomplicated. The entire point of a smart home is to make life easier. That’s precisely what Crestron did at a 3,000sqm mansion dubbed the Grand Prix Villa. 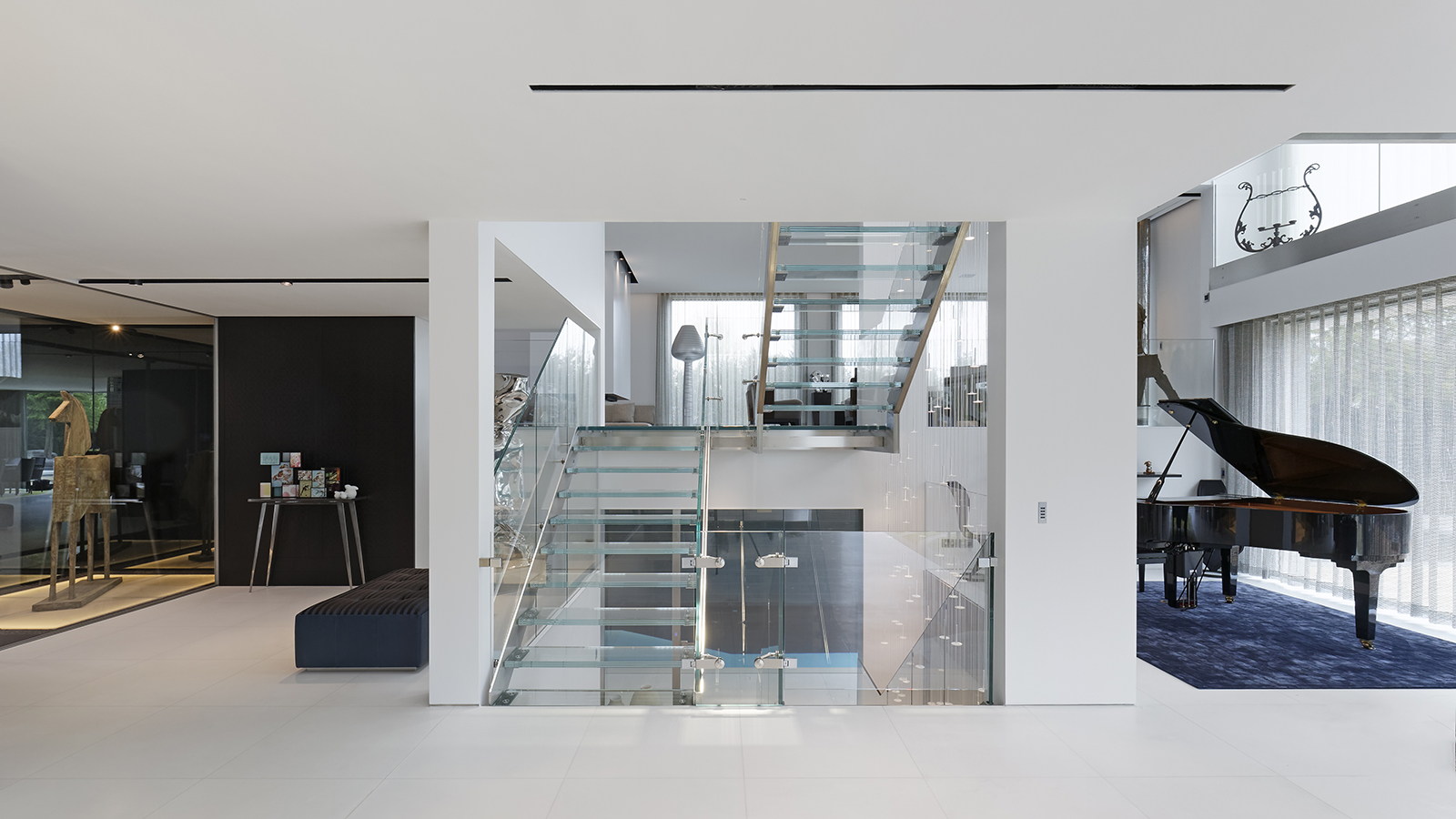 A five-floor home is a big project but you can see why the owner was adamant about an intense level of integration. Who wants to have to go up a quintet of stairs to check the lights? That vital, utterly necessary and, we assume, life-affirming need led to one of the largest scale projects Crestron – and Parisian integrator Henri – ever embarked upon.

The system consists of 13 customised wall-mounted TSW-1060 touch screens, six programmable remote controls and eight tablets on bespoke wall-mounted supports. From every single one of them, the owner can control any aspect of the house. Mood lighting, shades and shutters, even the intercom can be answered from any node in the house and the private elevator sent down at the touch of a button. 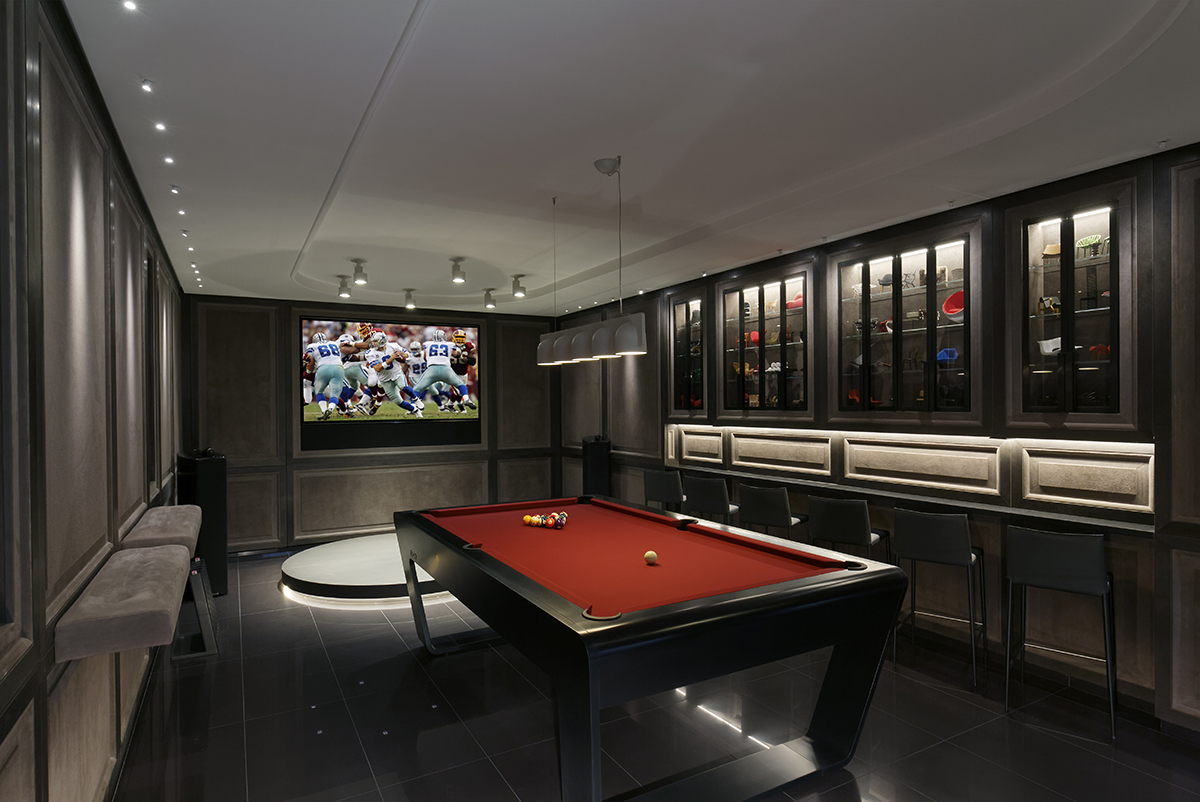 Possible the most impressive part of the system though is the swimming pool. Each different setting – counter-current, waterfall and overflow – is installed by a different specialist, yet Crestron’s system still brings them all together in one system. They even supplied a waterproof remote for the pool itself.

The list of features just keeps going. The owner can prepare the sauna and hammam as he gets changed, making sure they’re ready for use. He can activate the garage turntable so all he needs to do is get in the car and drive and even receives an alert when he has mail.

Yet possibly the most striking feature of Crestron’s all-pervasive smart technology is just how subtle it is. Other than the various touchpads (which were customised to fit in with Henri’s sleek interior design vision) you can’t see anything. Thanks to the DM-MD32X32 switcher, the core of the entire system, the whole home is centralised into one surprisingly small device, hidden away from view.

This meant that Henri could really make the most of the spaces without fear that it would be spoiled by a stray bit of wiring or bulky server. It allowed a home that not only looked seamless, but felt it too. Forget overwhelming levels of tech in every room; that is a smart home; crestron.com; www.henri.fr

In the watch industry, it’s easy to lose perspective when it comes to price, however, its often the...

We get hands-on with the new Raymond Weil Freelancer Diver Geneva Special Edition with its lake...