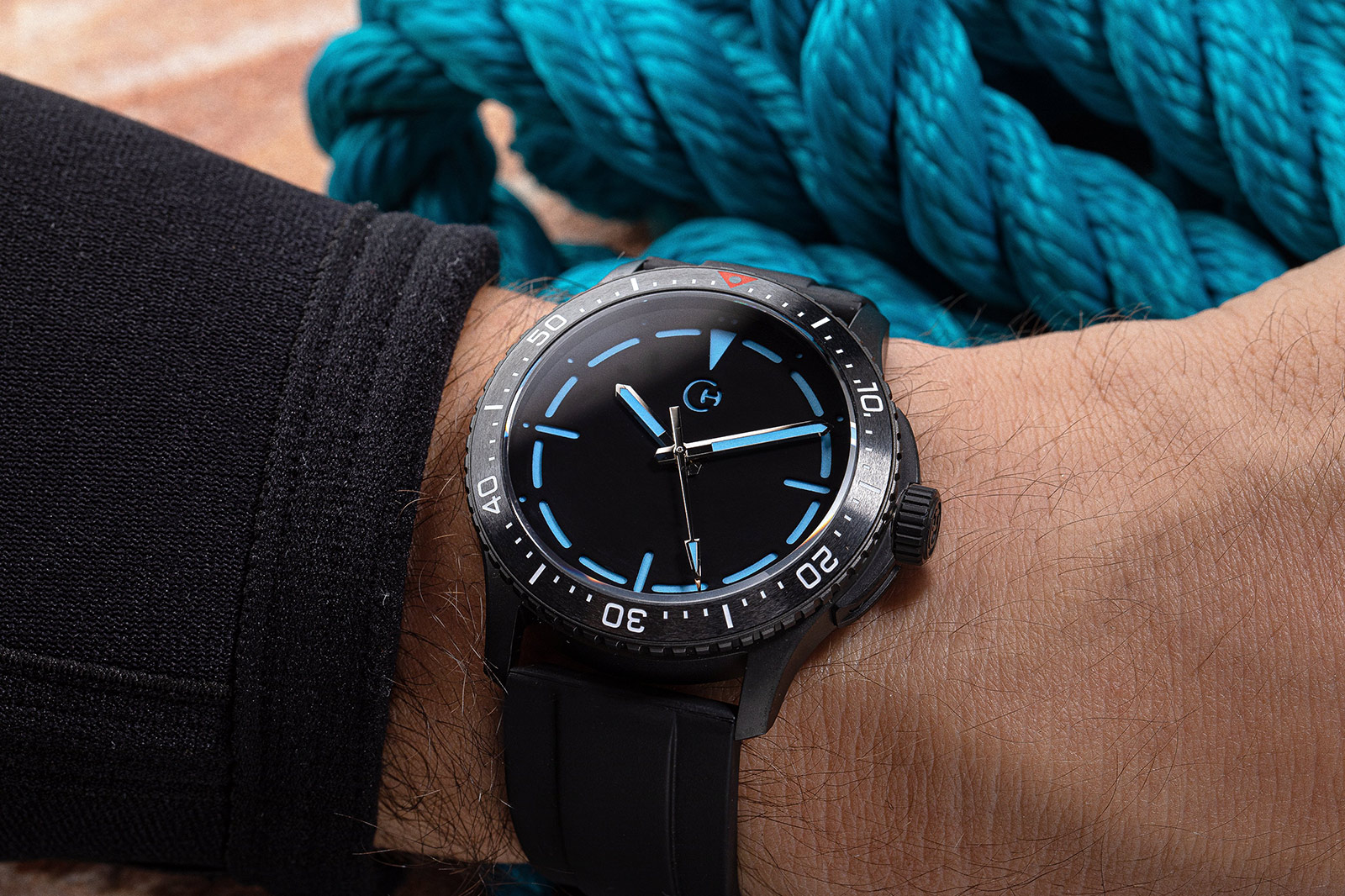 A musou black sandwich dial is only one reason of many to love the latest from Chronotechna. What makes an exceptional modern diver? It’s a pretty nebulous question and one that likely has as many different answers as there are watch lovers out there. Some collectors want something as big, rugged, and weighty as the scuba gear they plan on pairing it with. Others prefer keeping their feet on dry land and want something a little more svelte and everyday. Both are right in their ways, both have plenty of different watches to choose from, and both will likely fall in love with the Chronotechna SeaQuest Dive.

The SeaQuest Dive is, put simply, one of the coolest divers of 2022. Given we only have scant weeks left of the year, that’s a big deal. Not only is it a serious underwater explorer, with a depth rating of 300m, but it’s stylistically inspired. 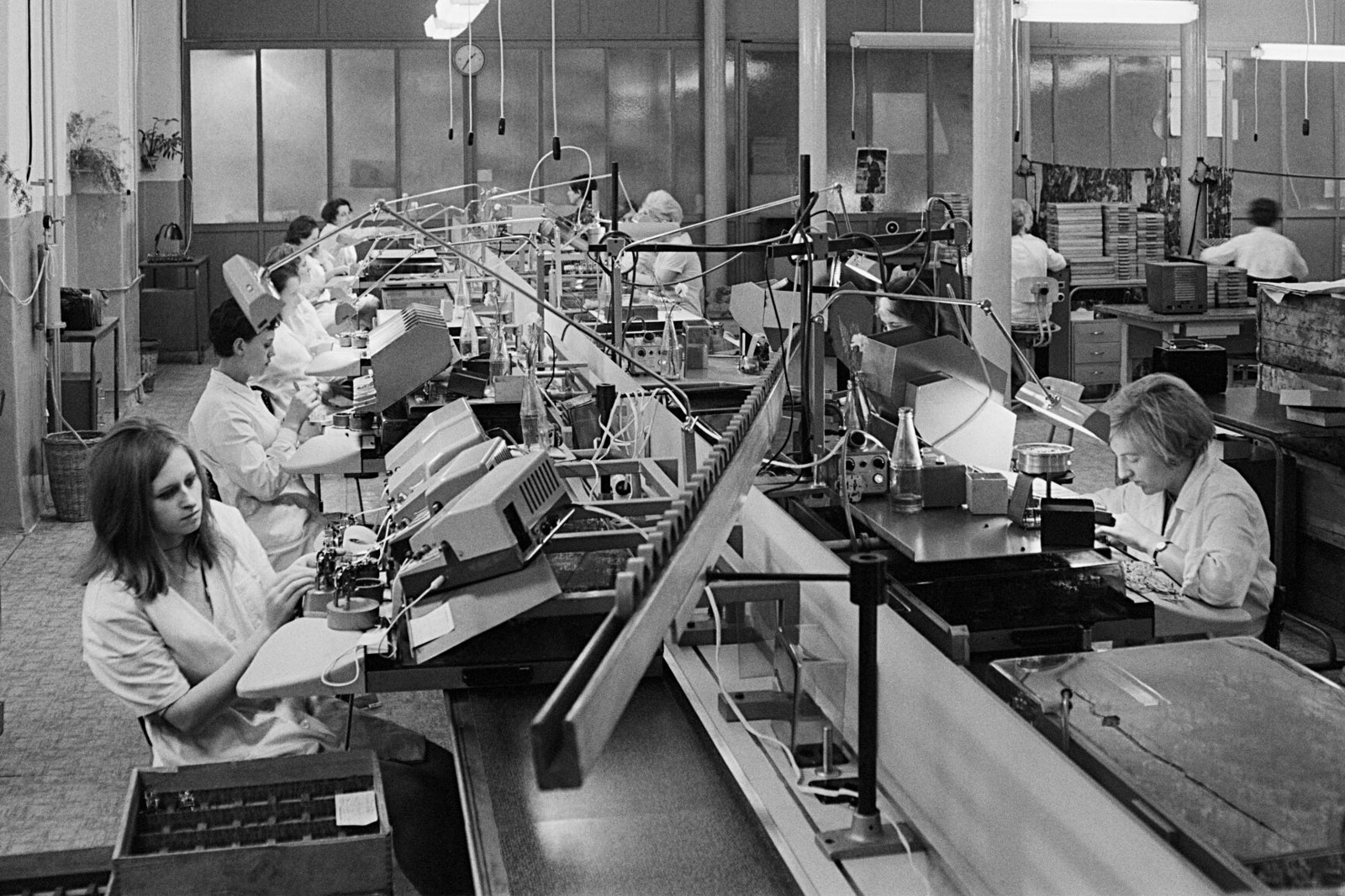 If this is the first time you’ve come across the watch (you’re welcome) you might be forgiven for assuming it came from nowhere, but that’s not quite true. Sure, it’s definitely made an impact, but given everything behind it that’s not so much a surprise as it is an inevitability.

First, Chronotechna. The name has a touch of aerospace about it, but the brand itself dates all the way back to 1946 as a Czechoslovakia state-owned watchmaker with a story akin to what happened in Glashutte in Germany. Over the next 30 years they shared expertise with Switzerland, and post- Communist party in 1989, Chronotechna became a private entity. It didn’t last long and closed its doors shortly after. 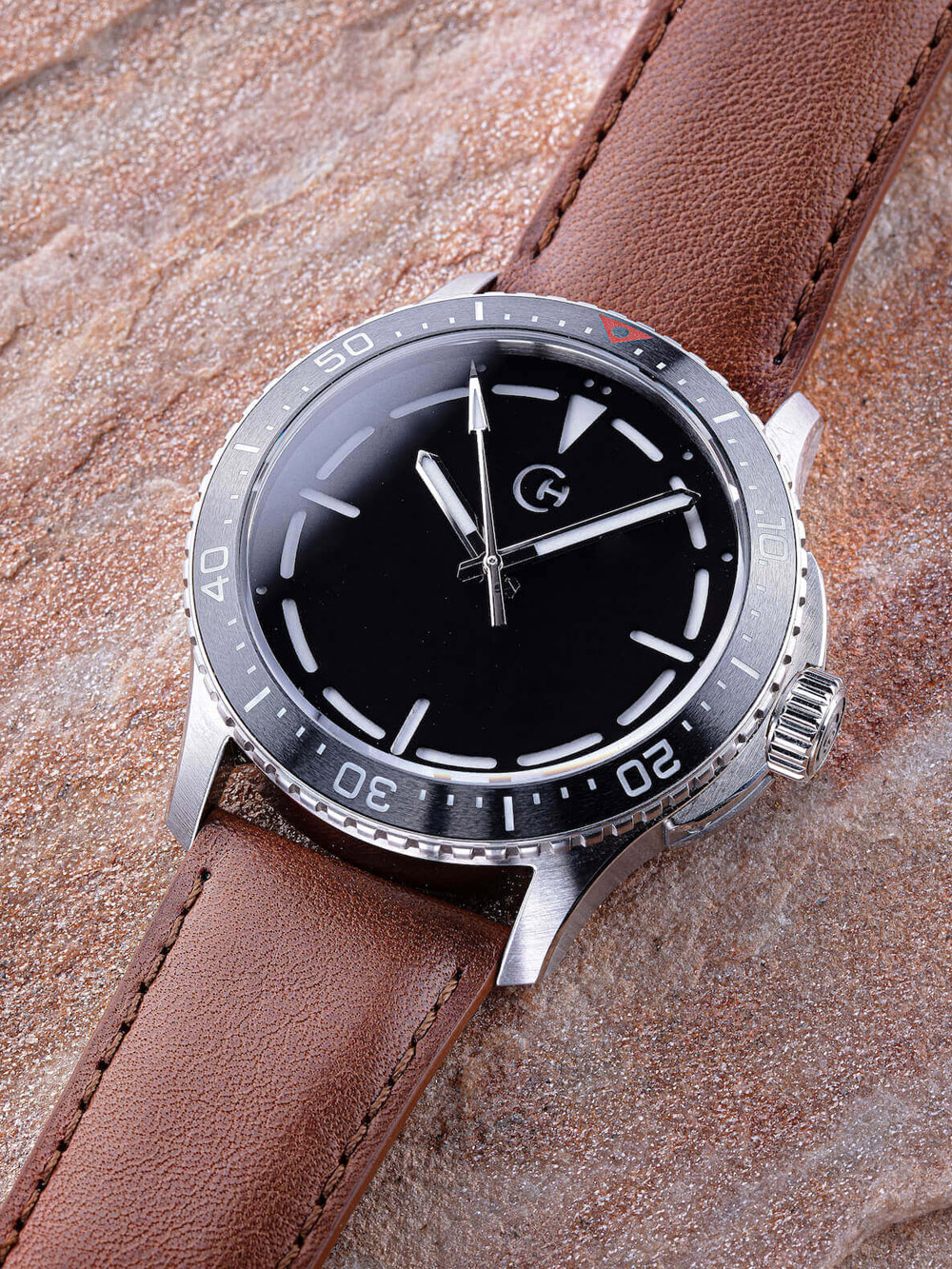 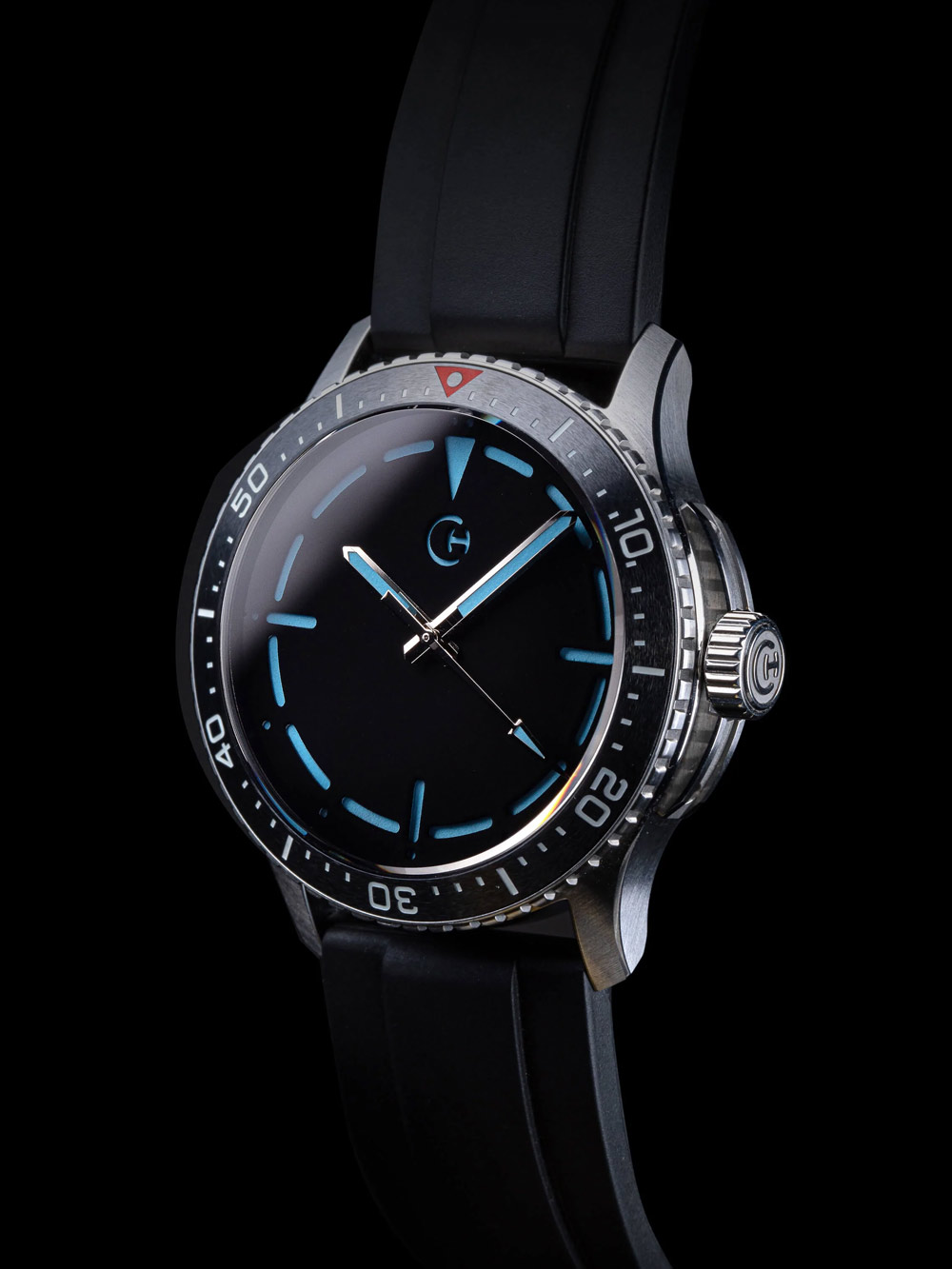 Flash-forward to 2018 and Chronotechna was co-revived by Harry Guhl, the man that had also co-founded Czapek & Cie. Sure, they’re very different brands but given the success of Czapek, they’re some impressive credentials. They also enlisted Adrian Buchmann, current CEO of Sequent, whose inventive hybrid connected watch (and recent collaboration with Seconde Seconde) has shown a serious flair for off-the-wall horological design.

It’s an almost intimidating pairing, but while the men behind the brand are certainly worth mentioning, it’s Chronotechna’s dials that deserve most of the word count here. That’s because they’re made using Musou black paint. 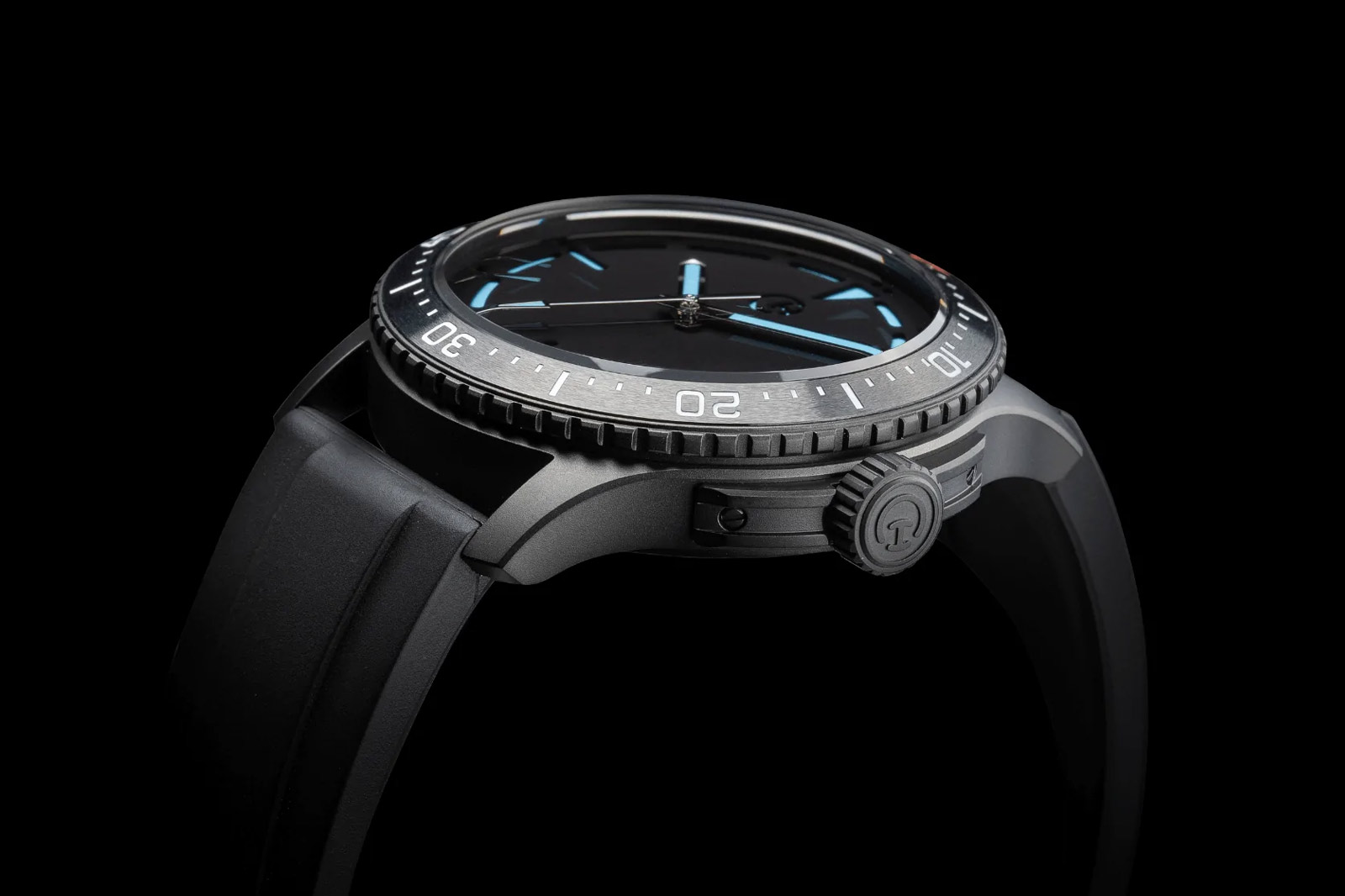 A lot of hay gets made over Vantablack, but as a material it’s not great. Sure, it’s the blackest substance in the world, but it’s easily damaged, requires an incredible amount of care to handle, and just isn’t particularly suited to anything remotely rugged. Musou black paint on the other hand absorbs 99.4% of light instead of Vantablack’s 99.9%. It’s much more hardwearing, a lot more accessible and, when push comes to shove, good luck telling which is which with the naked eye.

It’s this Musou black that Chronotechna has used on all of their dials, from their initial NanoBlack to their current SeaQuest Dive. It makes perfect sense. What better way of ensuring legibility than contrasting the blackest black with clean, shining white? That’s a difference you’ll be able to see at the bottom of the ocean, let alone in everyday life. 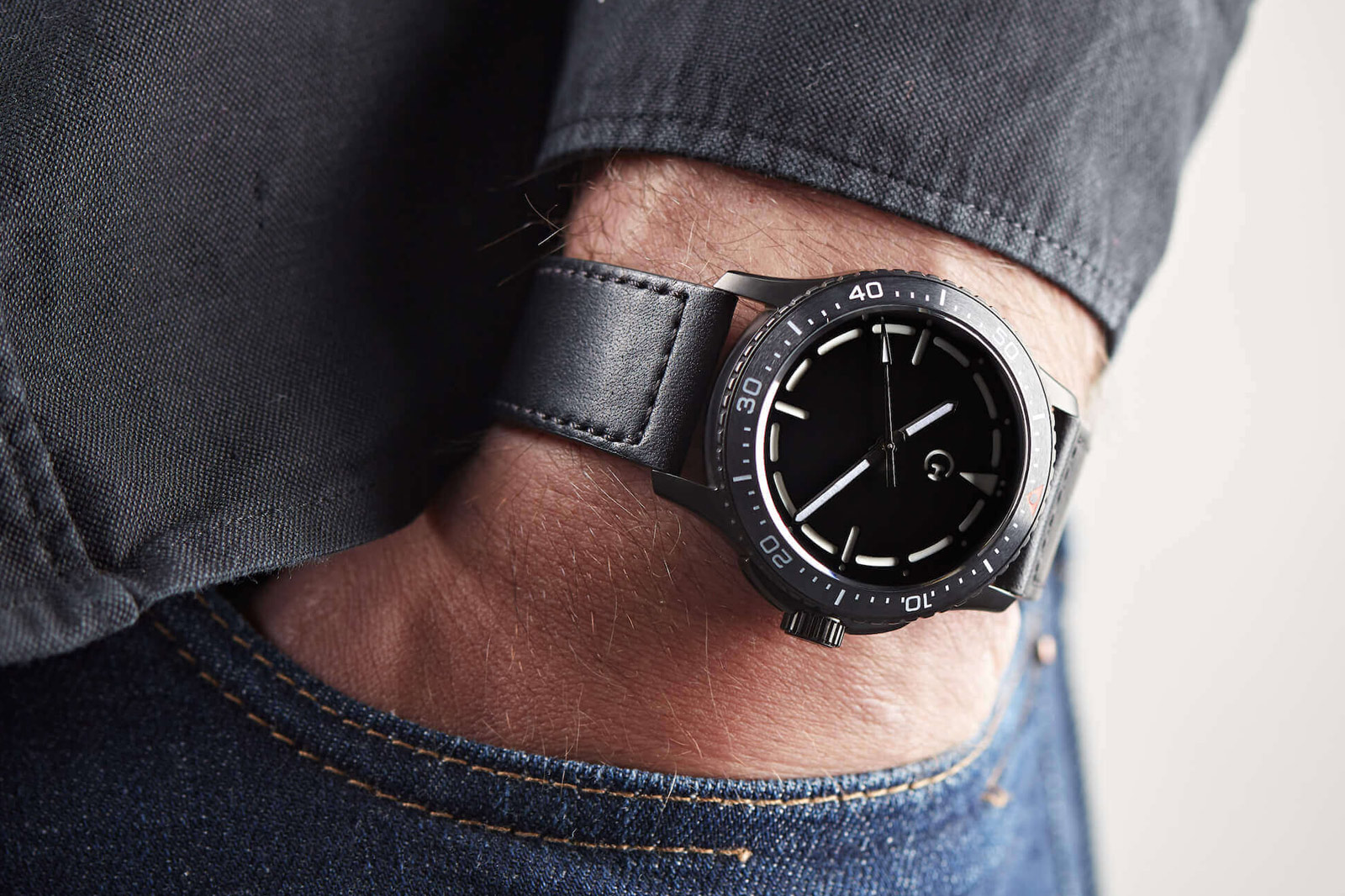 The contrast is emphasised by using a retro sandwich dial, cutting windows out of the otherwise unrelieved black to show the lume behind. Rather than the occasional window or Roman numeral a la vintage divers though, every marker is machined from the dial, with elongated bars for a distinctly modern look. In short, the SeaQuest Dive takes a dial technique that dates to the early days of diving watches and makes it their own. And, dare we say, better?

It doesn’t have the same level of contrast as the white, but we’re mildly obsessed by the blue version of the SeaQuest. It’s a little less harsh on the eyes and even more individual than the standard white version. 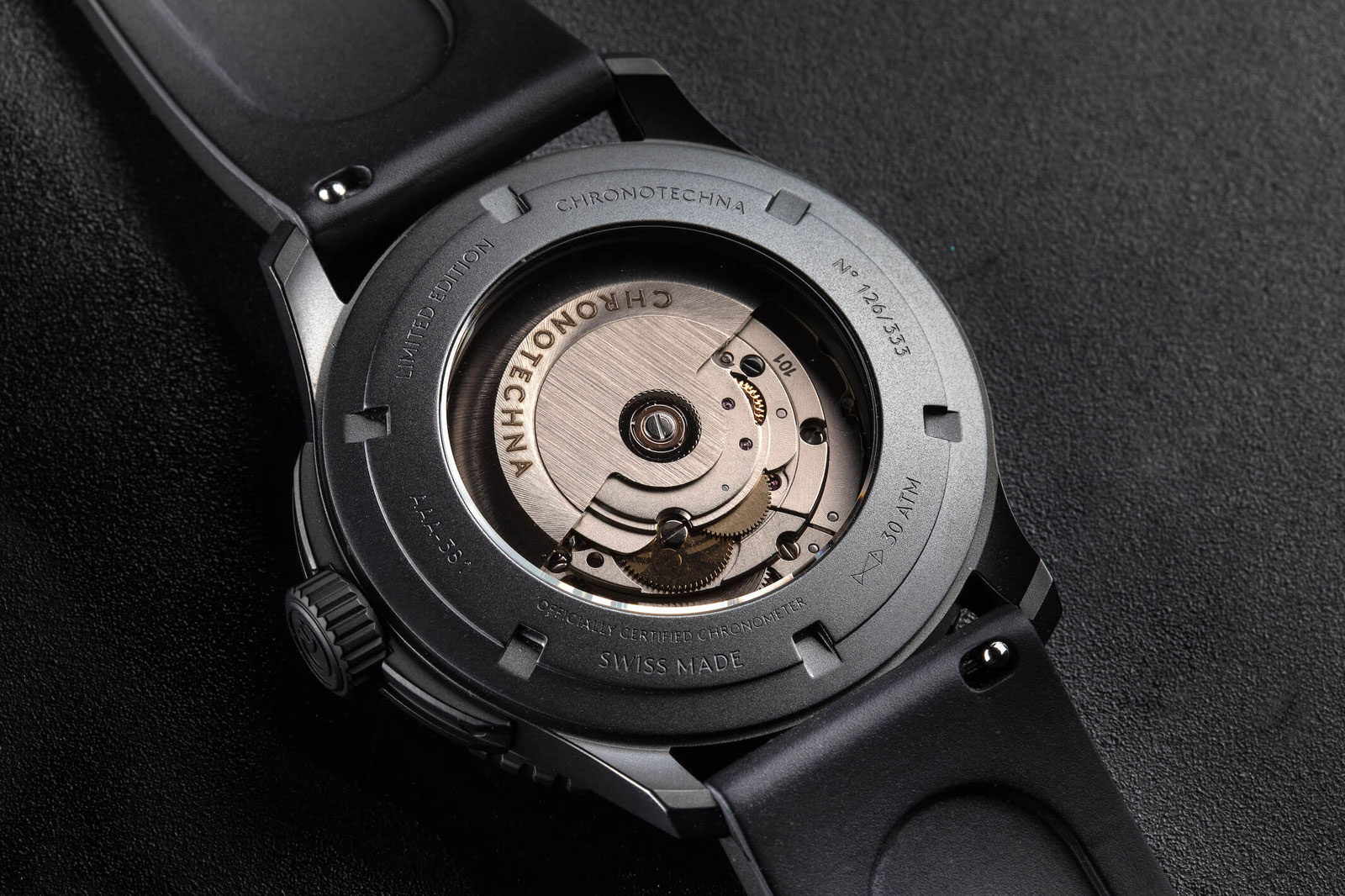 Available in either all black, or steel and black and equipped with a – you know it, you love it – Swiss- made Sellita SW200-1. Sure, the movement’s nothing we’ve not seen before, but we’re happy to give it a pass if it means the SeaQuest Dive, an incredibly cool, practical diver using the darkest paint on Earth, will set you back just shy of £1,400.

The Chronotechna SeaQuest Dive didn’t come out of nowhere, but it should by rights be everywhere.