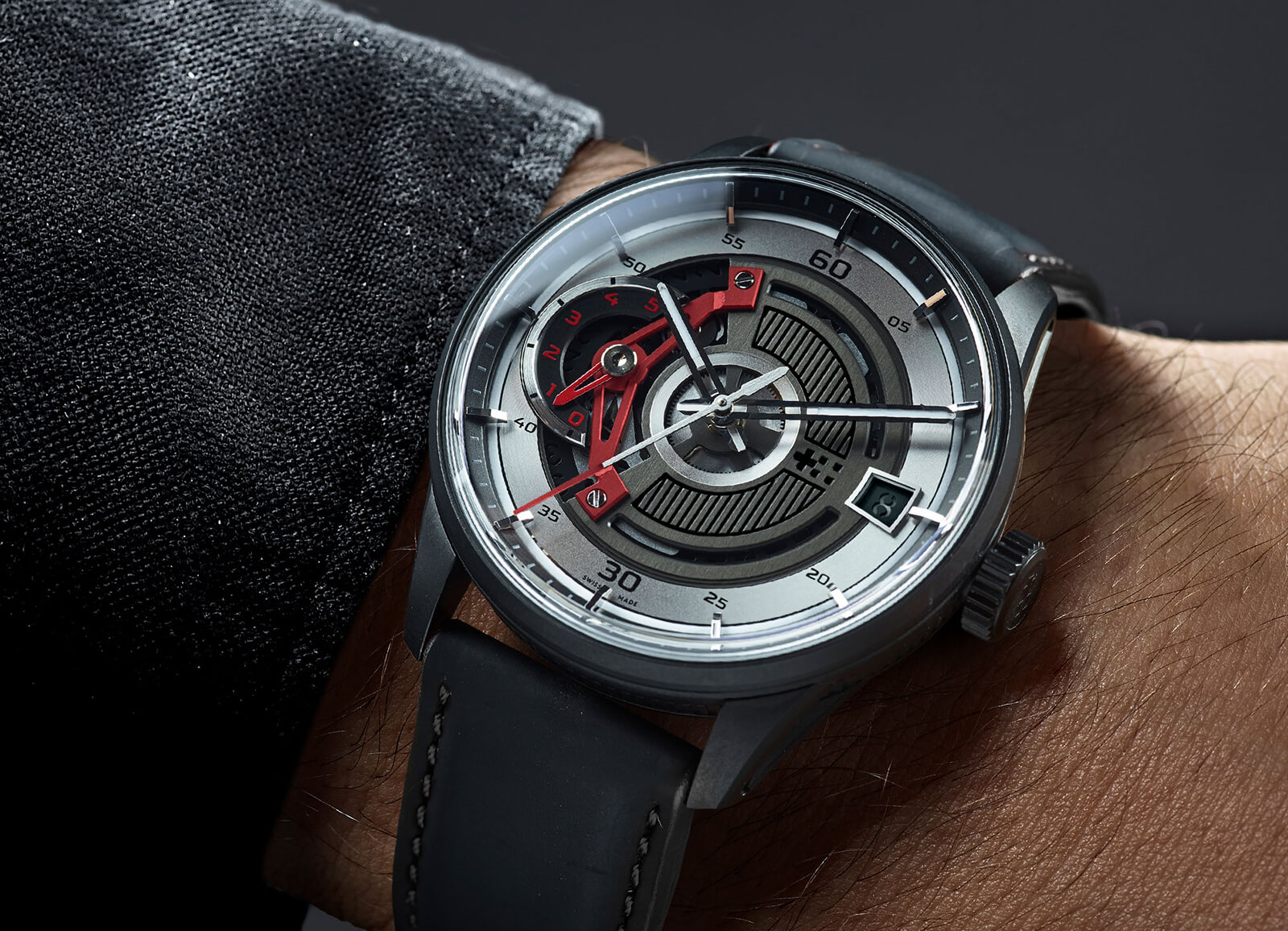 It’s been five years since Christopher Ward launched their first in-house movement. The Calibre SH21 was ground-breaking in the most real sense, arguably the most well-priced out there. It’s an occasion worth marking and to do so Christopher Ward are flexing their horological chops with the Apex.

The name says it all really. The Apex is the pinnacle of Christopher Ward and will consist of four limited edition pieces, the first of which is the automotive-inspired C7. 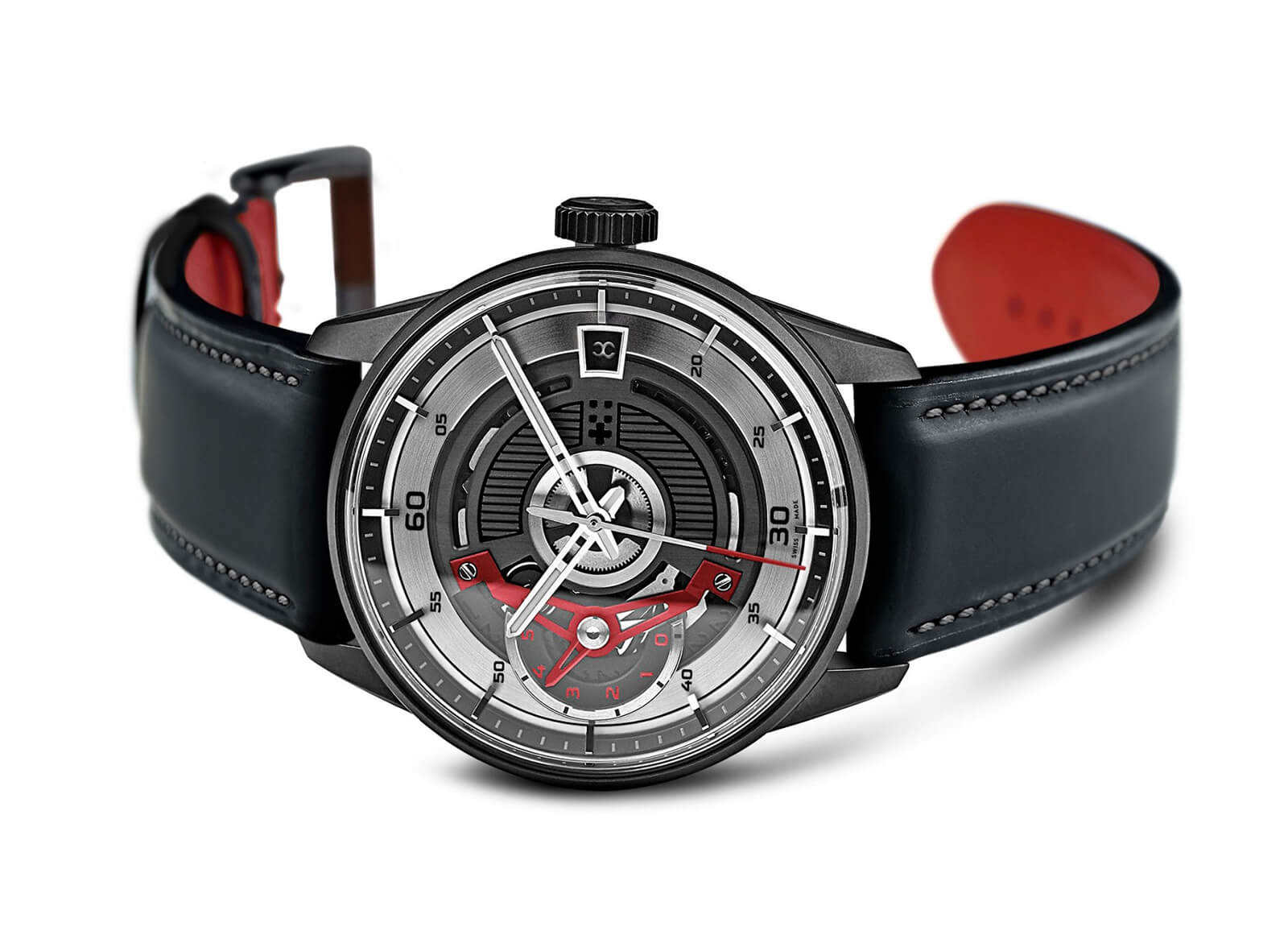 It’s similar in part to Christopher Ward’s Rapide collection, but taken to the extreme. It uses the same four-piece case design, but the 42mm mix of sandblasted steel and DLC is just the start. After all, the Apex C7 is all about showcasing the SH21 movement itself.

The focal point of the C7 is the red skeletonised bridge, a bright flash of automotive contrast with the otherwise black and gunmetal dial that doubles as a base for the power reserve indicator – speedometer influenced of course. 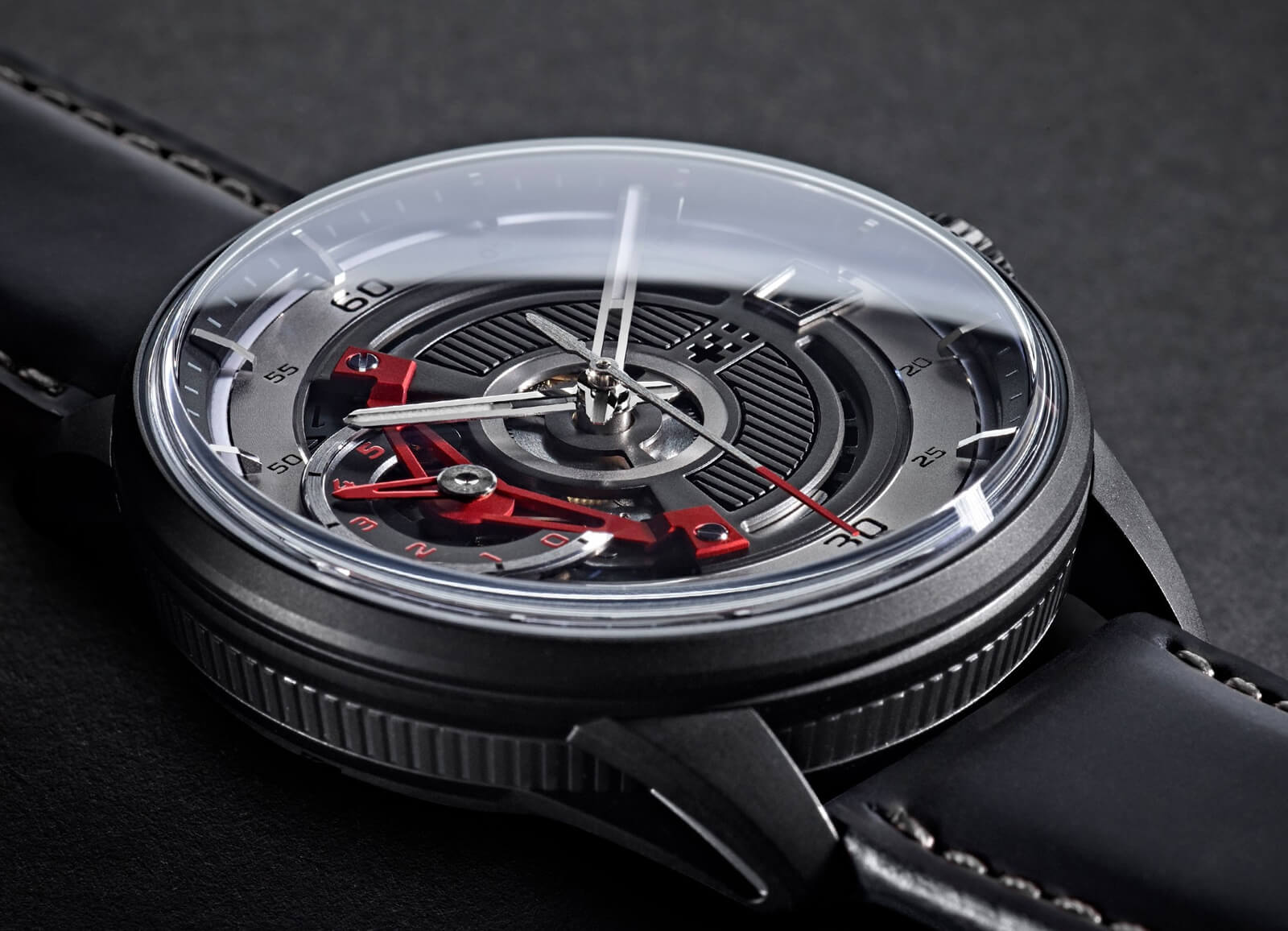 Parts of the ruthenium-laced plate have been cut away to show more of the movement beneath, enhancing the technical, performance feel of the watch. You can even see the entirety of the hour wheel, with almost as much of the movement visible from the front as it is opening up the back.

If it all seems a bit dark, there’s plenty of superluminova to light things up and the polished surfaces certainly shine in good light. It’s a small touch but it adds more nuance and intrigue to the watch. 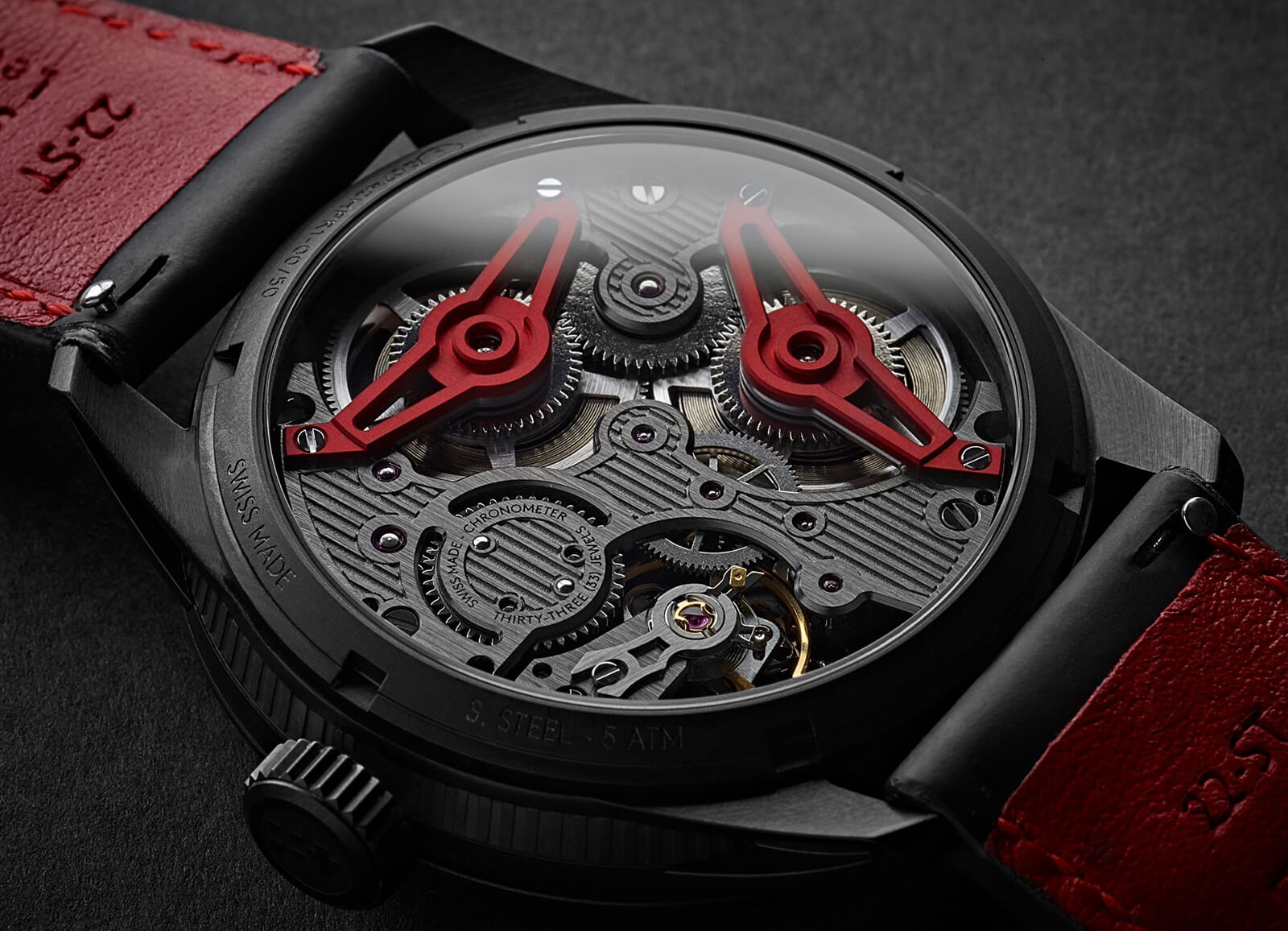 The C7 is just the first of four Apex watches to celebrate the fifth anniversary of the SH21, but it’s one hell of a statement – especially when you look at the price. Christopher Ward are always immensely well-priced, so how much for this 50-piece limited edition? Just £2,995. The Best of British Watches