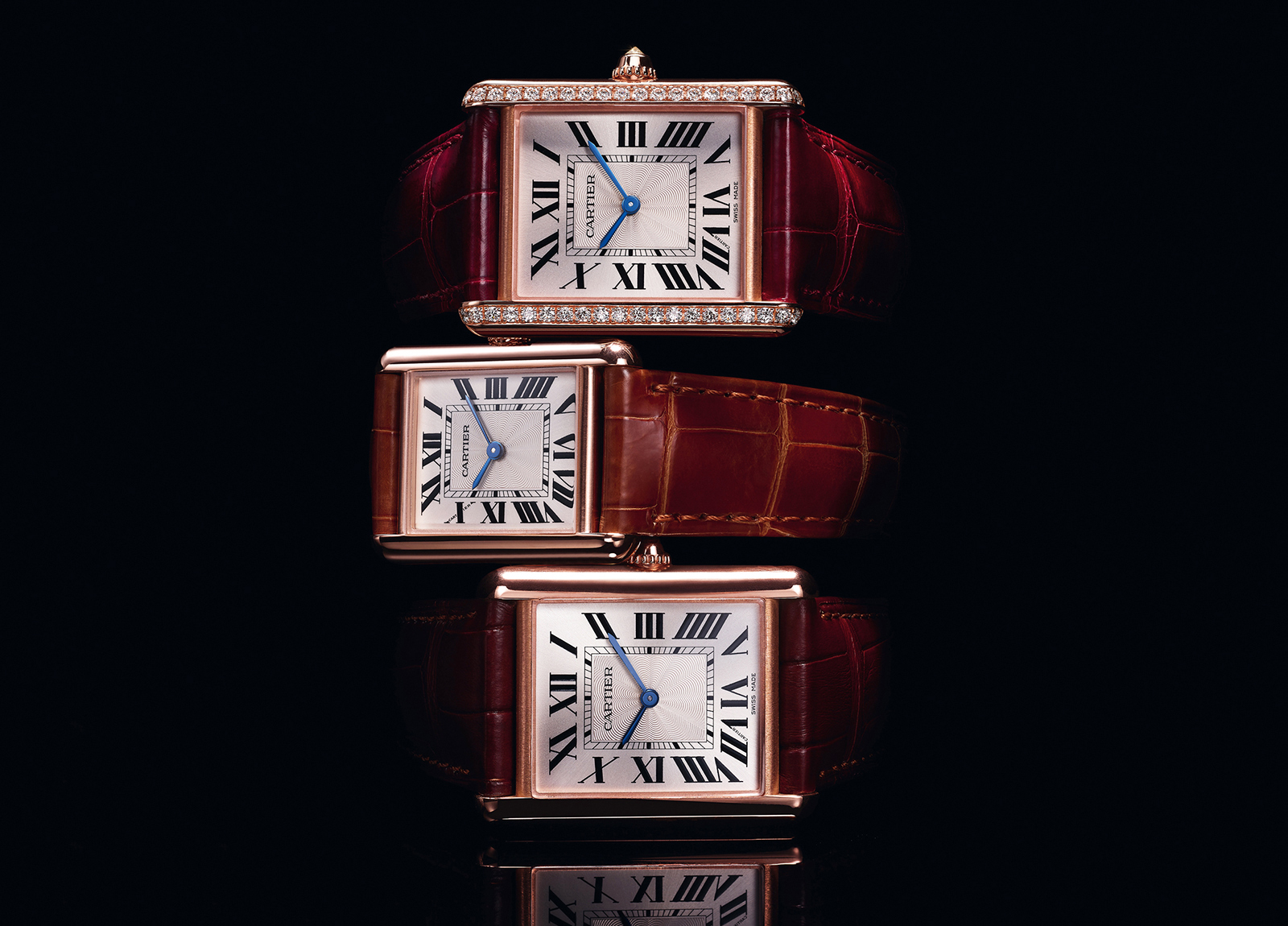 As it may have already been drilled into you, the Cartier Tank turns 100 this year. It’s an impressive age considering the Renault tanks that inspired it have been redundant for most of that time. Still, Cartier’s armour has persisted as a style icon, draping the wrists of the good and great with its simple, refined elegance.

Needless to say Cartier isn’t the kind of maison that can let an occasion like this slip by with a whisper. Far from it in fact; rather than a single anniversary timepiece – we were imagining a reissue of the 1917 original complete with a limited edition of 100 – Cartier has revealed three distinct versions. 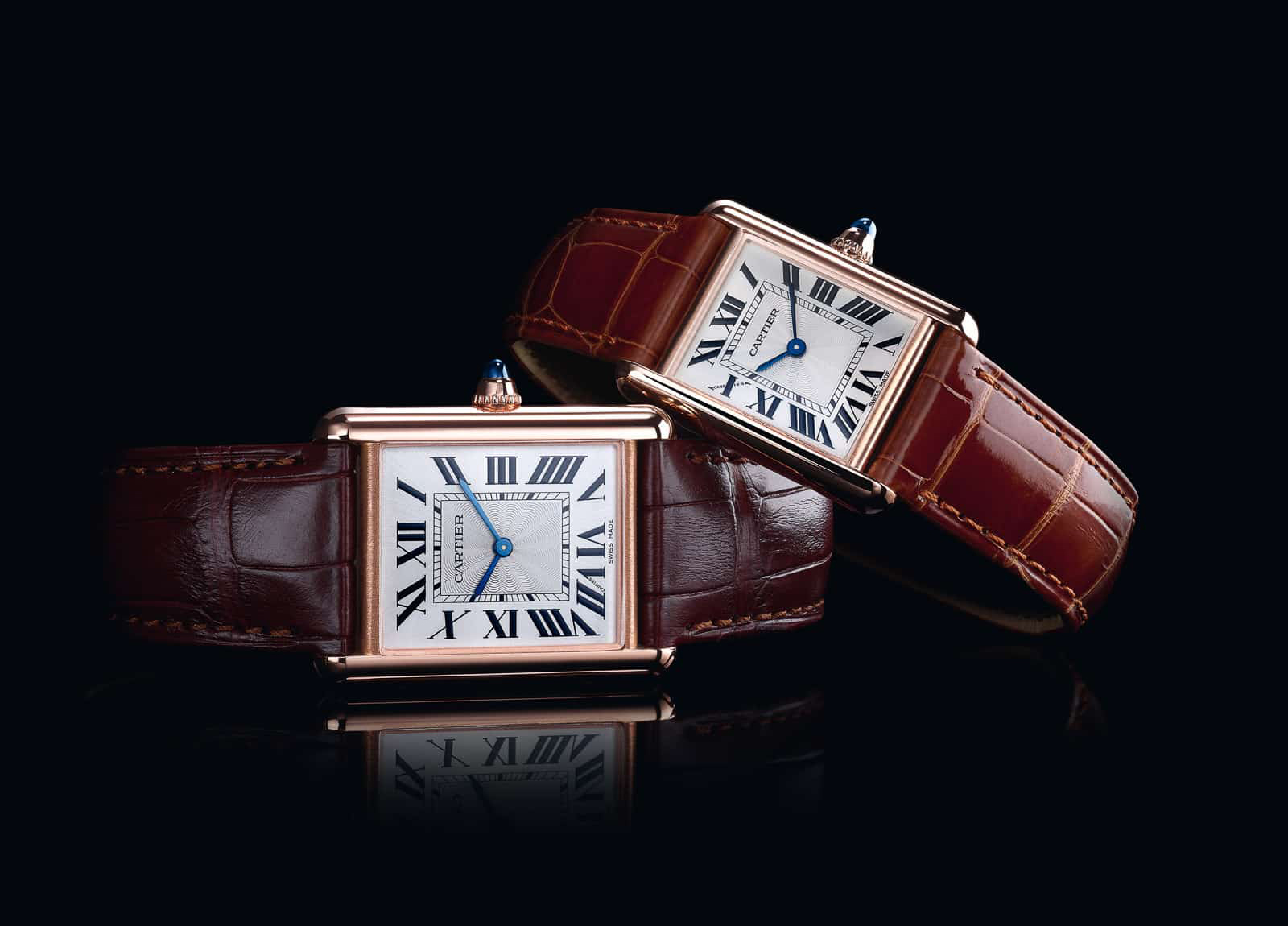 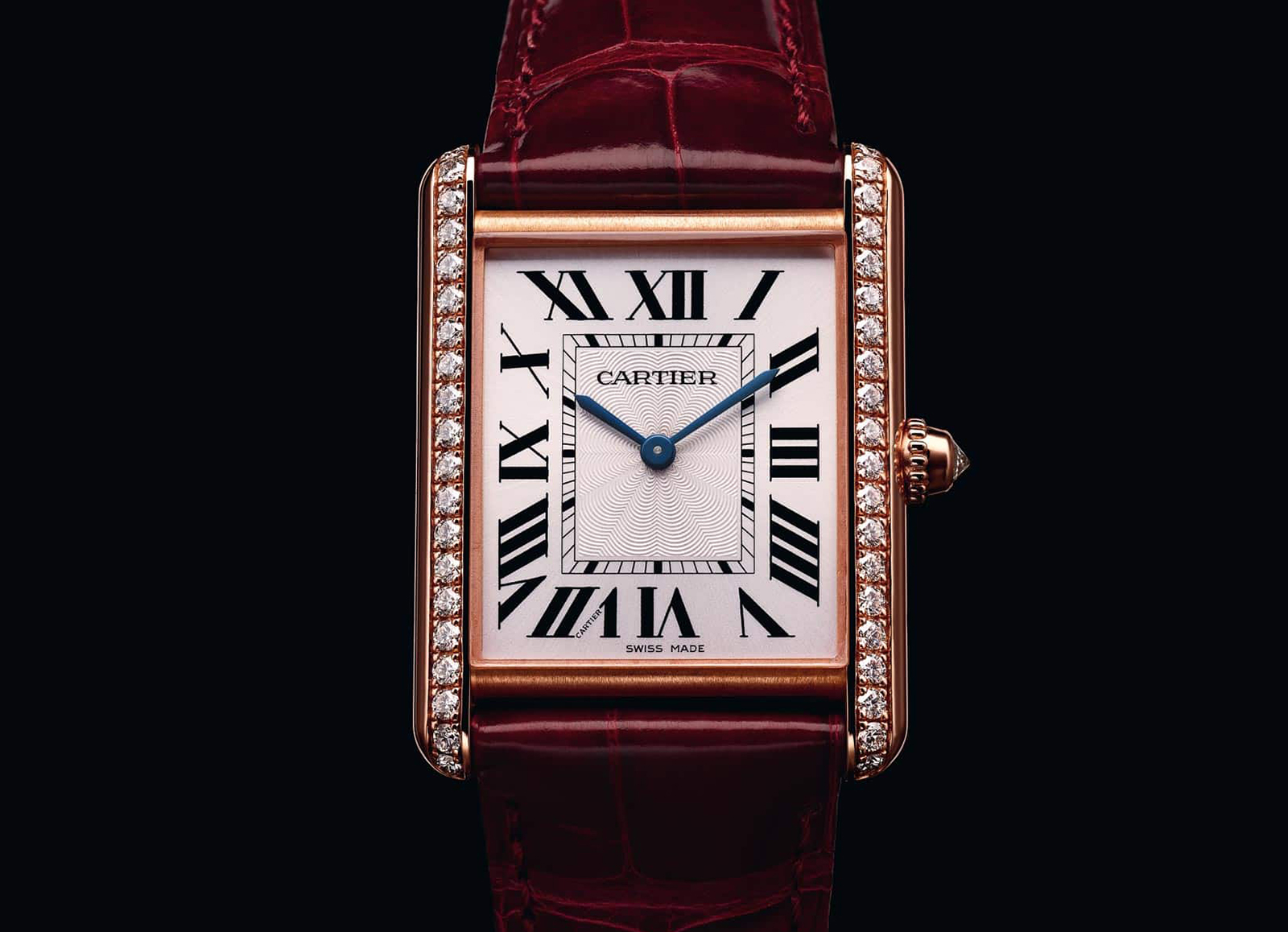 First if the Tank Louis Cartier which you’ll recognise as the most basic Tank design. It’s silvered guilloche dial and Roman numerals are classicism incarnate and larger though it may be, the case is still very reminiscent of the original.

This particular piece is available in two different sizes – 33.7mm x 25.5mm and 9.5mm x 22mm – and with or without diamonds flanking the case. The non-diamond versions are stunning in pink gold while the others lean on the Tank’s unisex nature with a little more femininity, especially with a pink strap on the white gold version. In total, there are six separate references here, even if it’s really all the same watch. 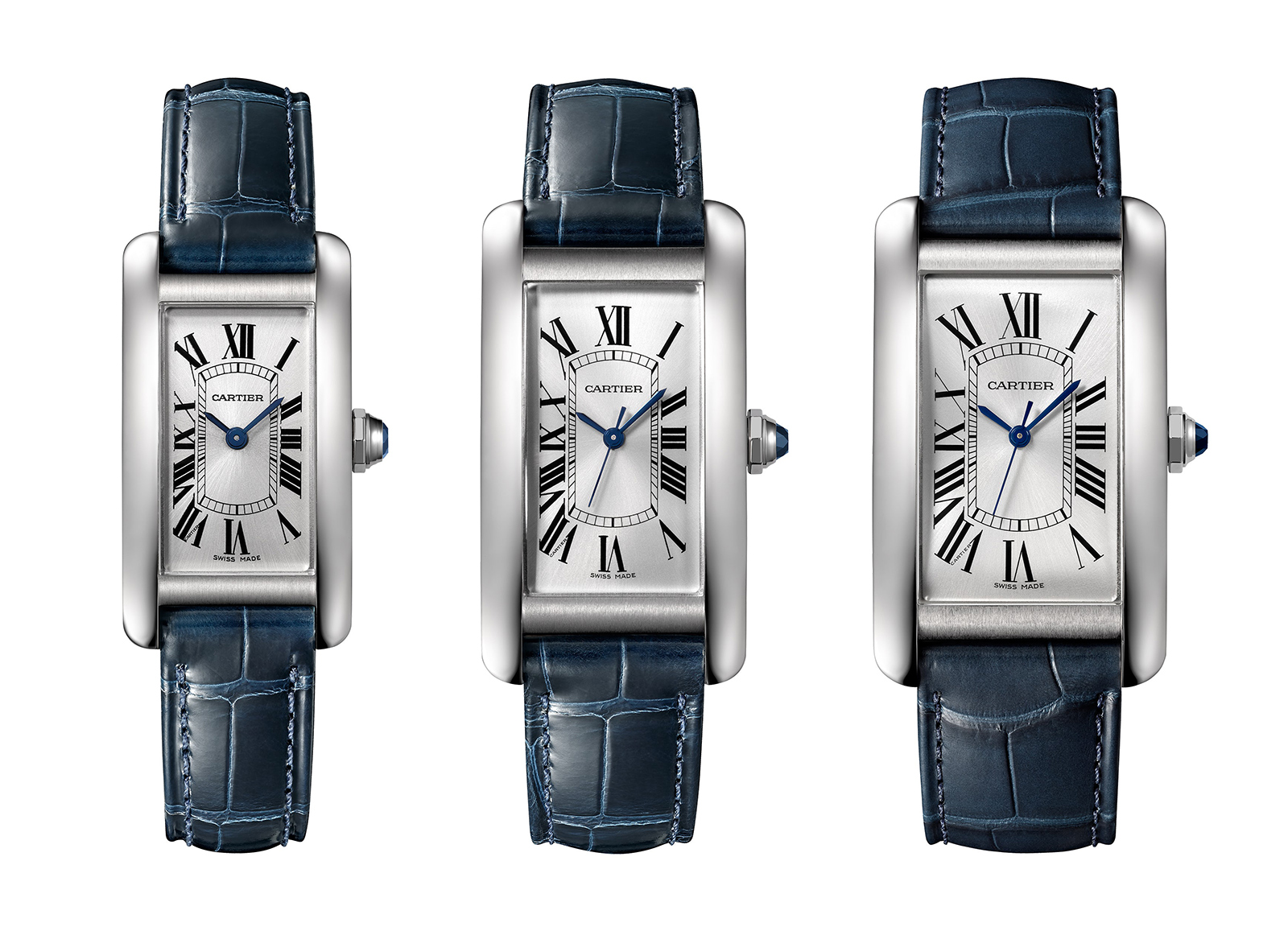 The second model under the anniversary eyepiece is the Tank Americaine. This is a little more special as it’s the first time the longer, slimmer shape of the Americaine has ever been made in steel. Normally it’s some variation of gold which as these pieces show is a shame. With tone-matched dials, the three different sizes are more than a little handsome in the more practical metal. 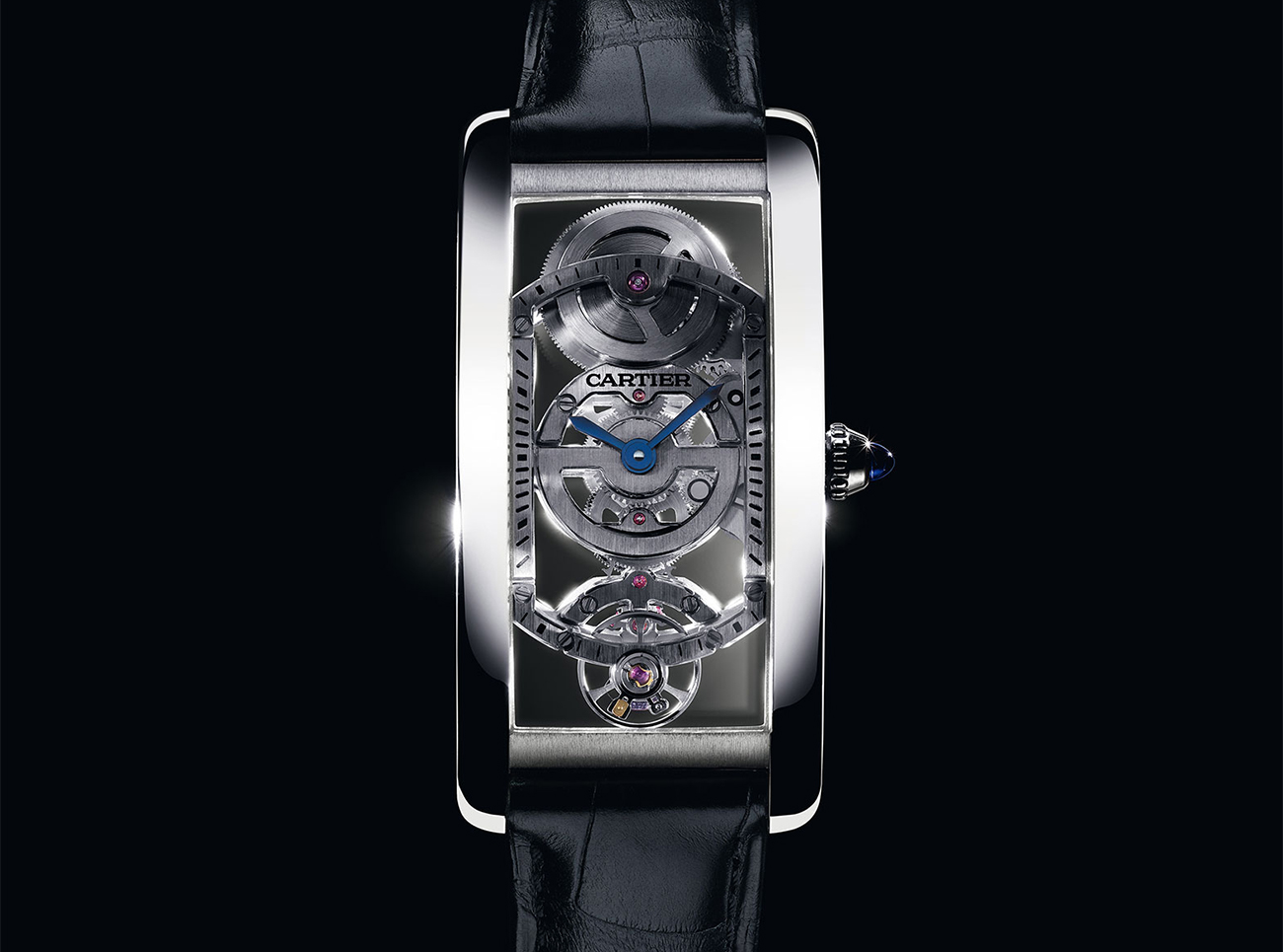 The third and final anniversary edition is by far the most interesting. Plenty of collectors have said the Cintrée is the most beautiful tank ever built – for our money the wider LC is a little more handsome – and the skeletonised versions are stunning.

The clean movement with its free-sprung balance has been entirely developed for this model, mainly thanks to its unusual shape, including the curvature of the case. The movement itself actually curves which is no mean feat. 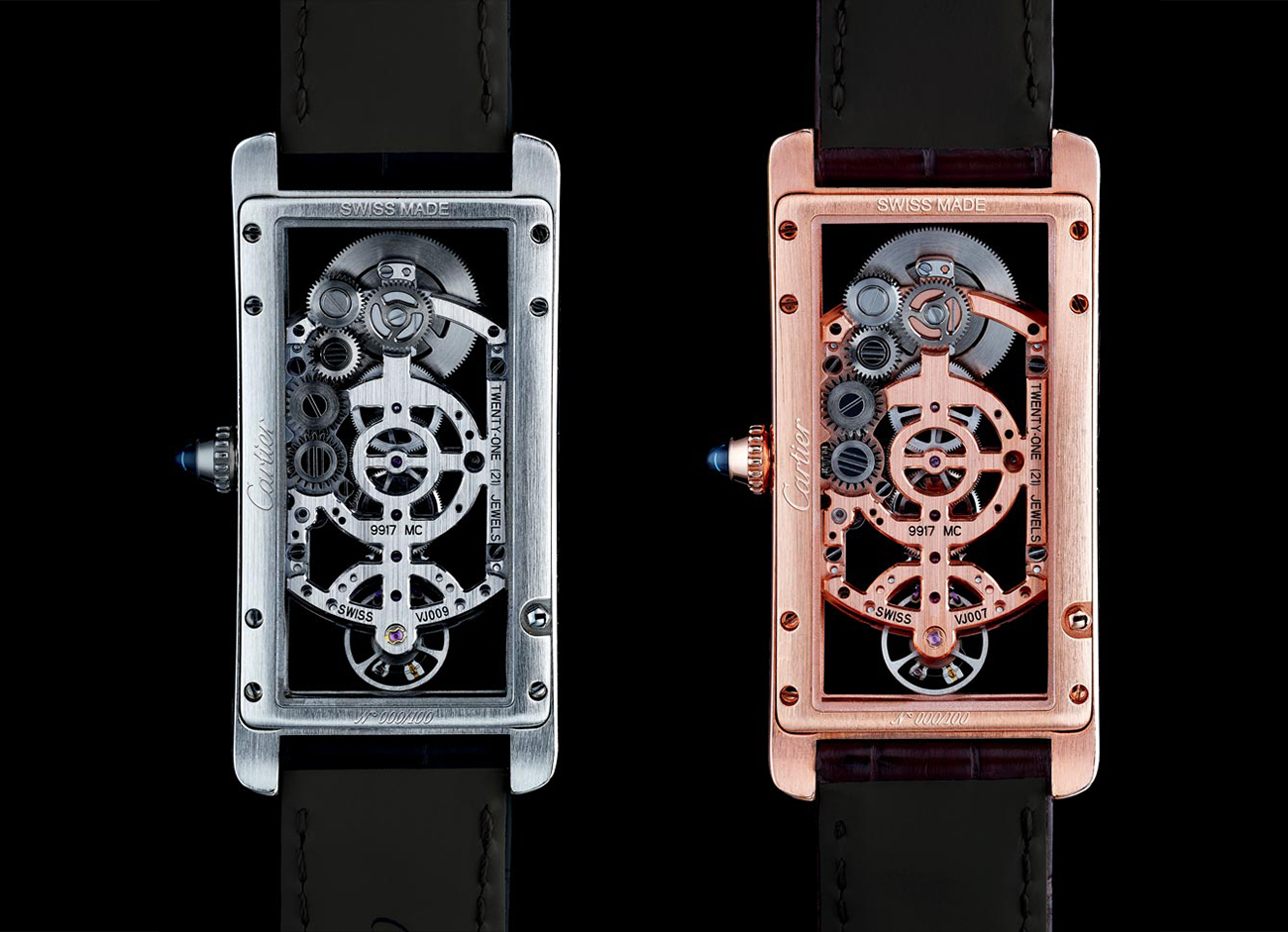 At 46.3mm x 23mm, the Cintrée is a great size and that curve makes it wonderfully comfortable. Even if it wasn’t an anniversary re-edition of a much-loved Tank it would be a watch to cause angry phone calls at unavailability. 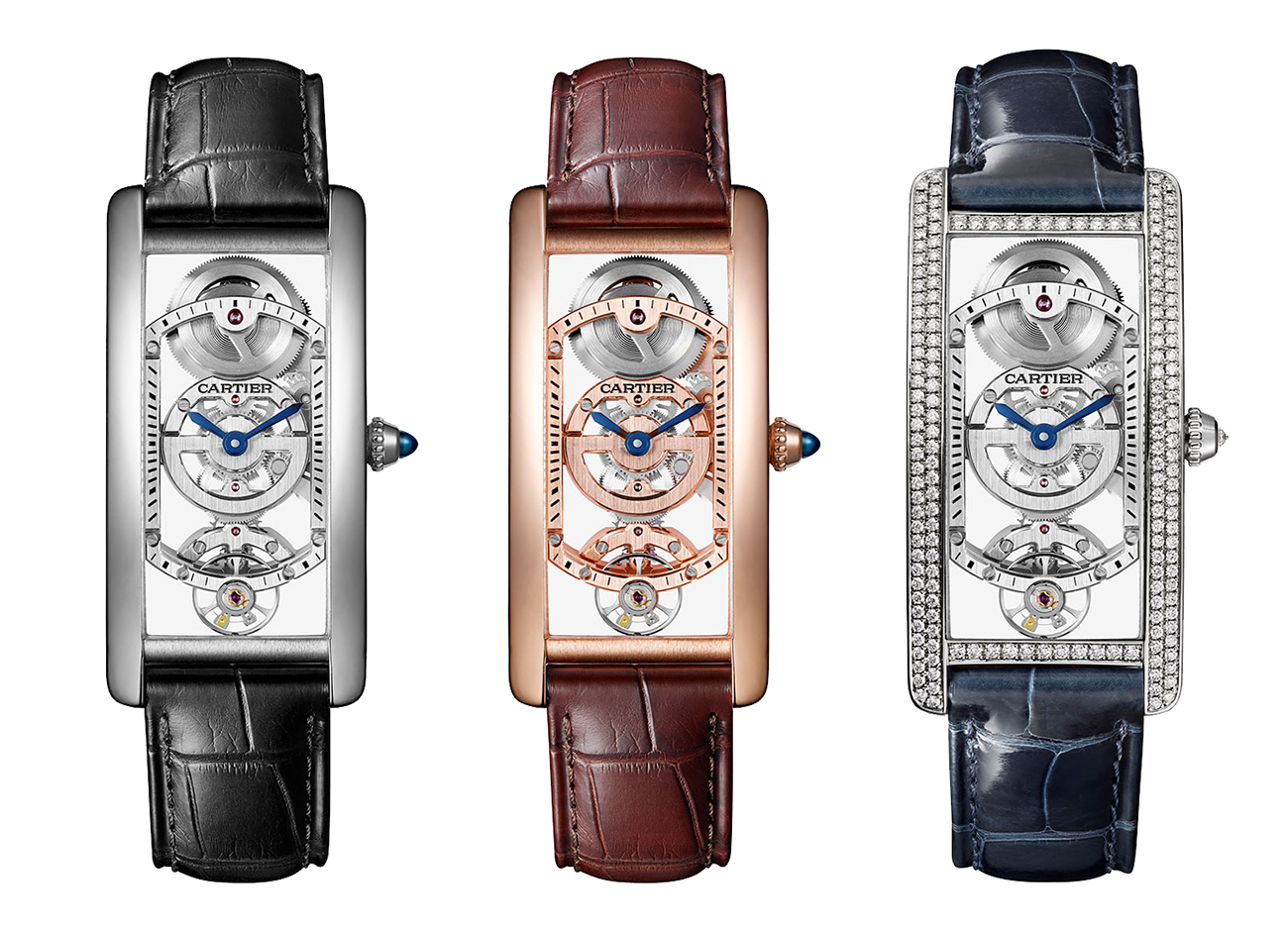 Given that both the pink gold and platinum versions are limited to just 100 (as is every anniversary Tank), that’s pretty much an inevitability Cartier customer service are just going to have to deal with. I’d get in there early if I were you; www.cartier.co.uk