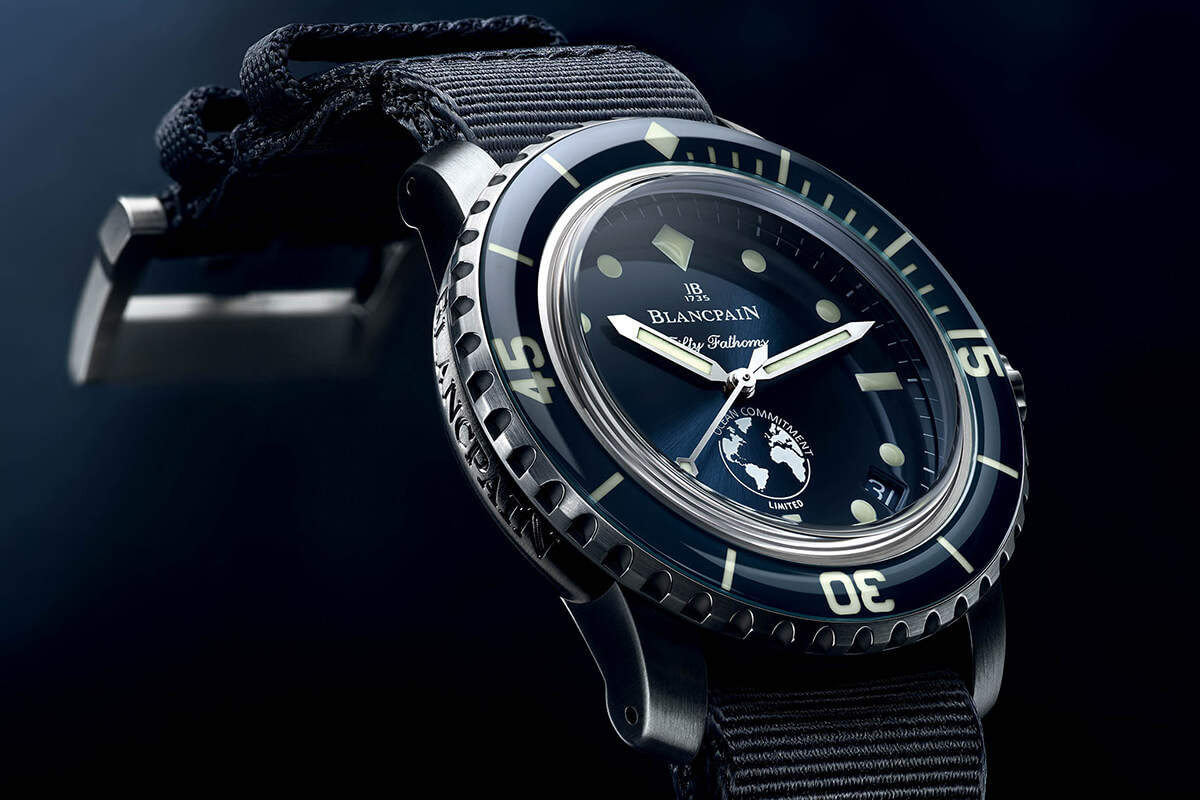 Blancpain and the ocean go hand-in-hand so it’s no surprise they have a pretty big interest in preserving it. Their latest Ocean Commitment limited edition is just one step they’ve taken to help matters, but it’s also a very handsome one indeed.

Released on World Ocean Day (June 8th in case it wasn’t in your calendar), the Blancpain Ocean Commitment III is pretty much a slightly cooler version of last year’s Mil-Spec – which you can check out here – with the water seal indicator replaced by that of the Ocean Commitment. 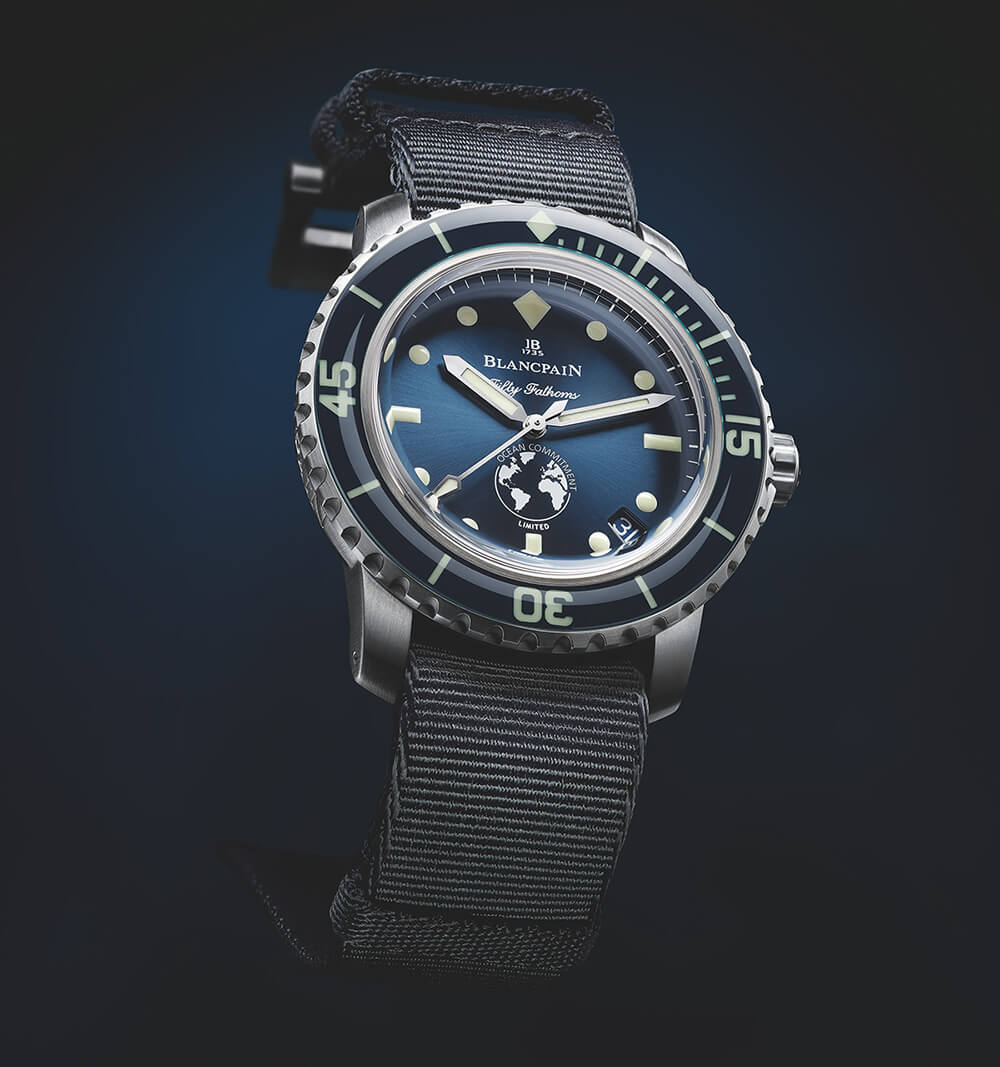 As ever it takes its cues from the original 1950s Fifty Fathoms (as have most diving watches after it), with the usual lume – here an almost vintage yellowish hue – and bold diving bezel. It might be in the upper reaches pricewise, but it’s a flawless professional diving watch. 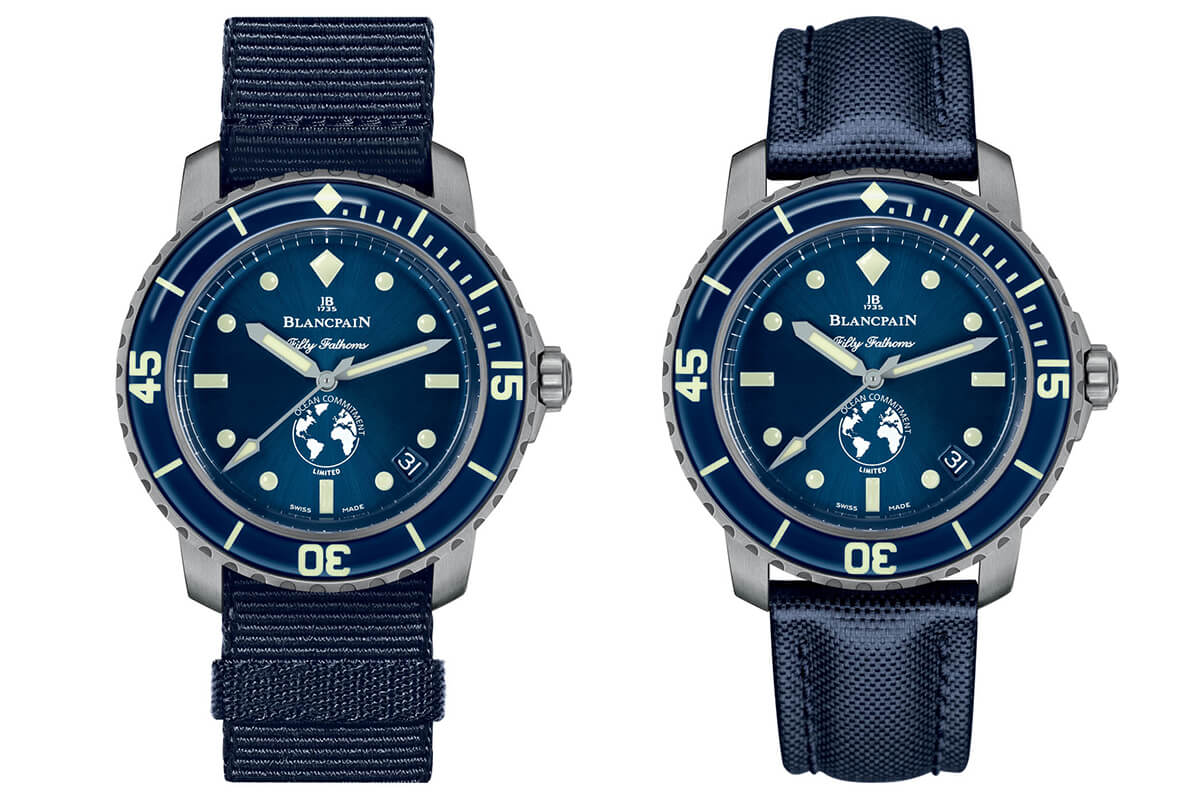 It has to be really; it’s the watch of choice for Mr. Laurent Ballesta, an underwater photographer you’ll catch a glimpse of in our upcoming July print issue, and who you may have seen in National Geographic. He’s also the reason the partnership between Blancpain and… well, the seven seas, seems more than a cash-grab. 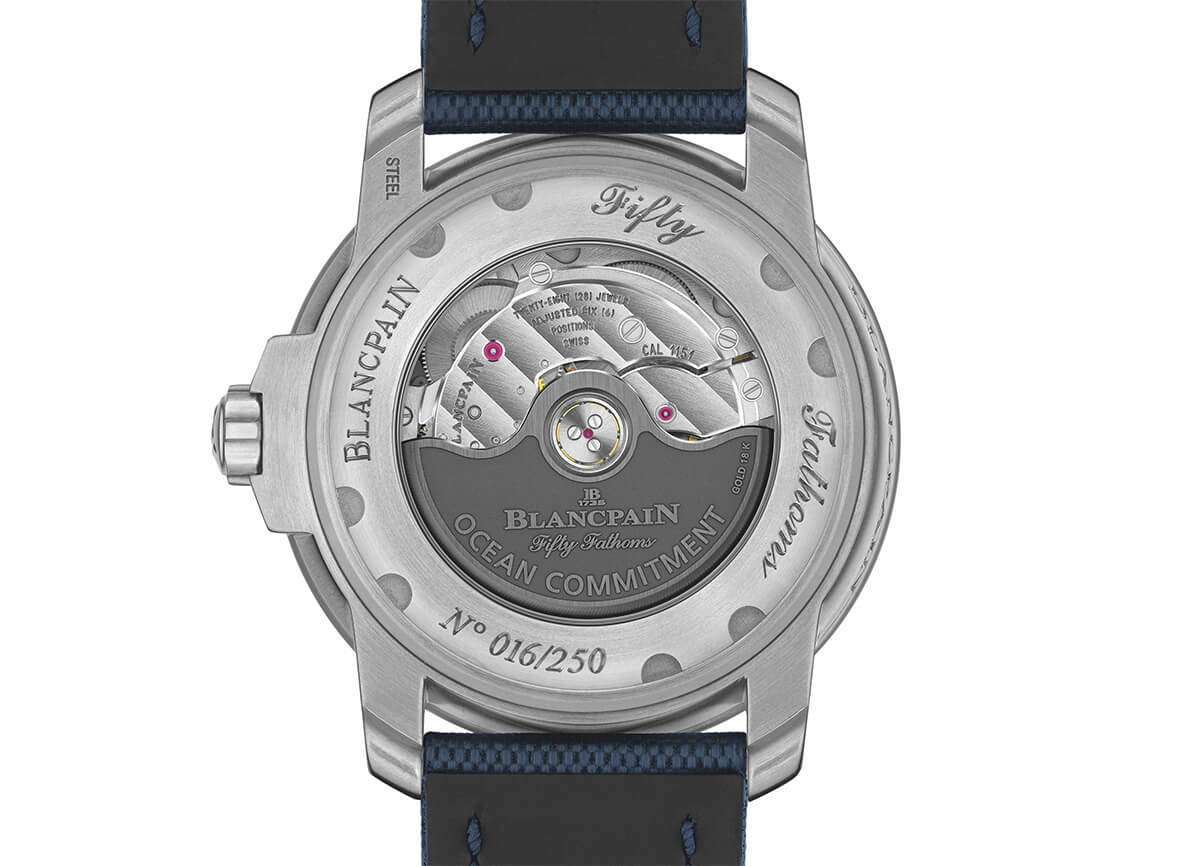 Aside from the necessary water resistance, the watch houses blancpain’s own caliber 1151, which you can see through the exhibition case back. Complete with a silicon hairspring and a massive four-day power reserve, reliable is an understatement.

Will this limited edition actually help? it takes a good amount of naivete to think a watch can save the oceans, but any raising of awareness is a good thing. Plus, if it results in as good-looking a diver as this, does it matter?