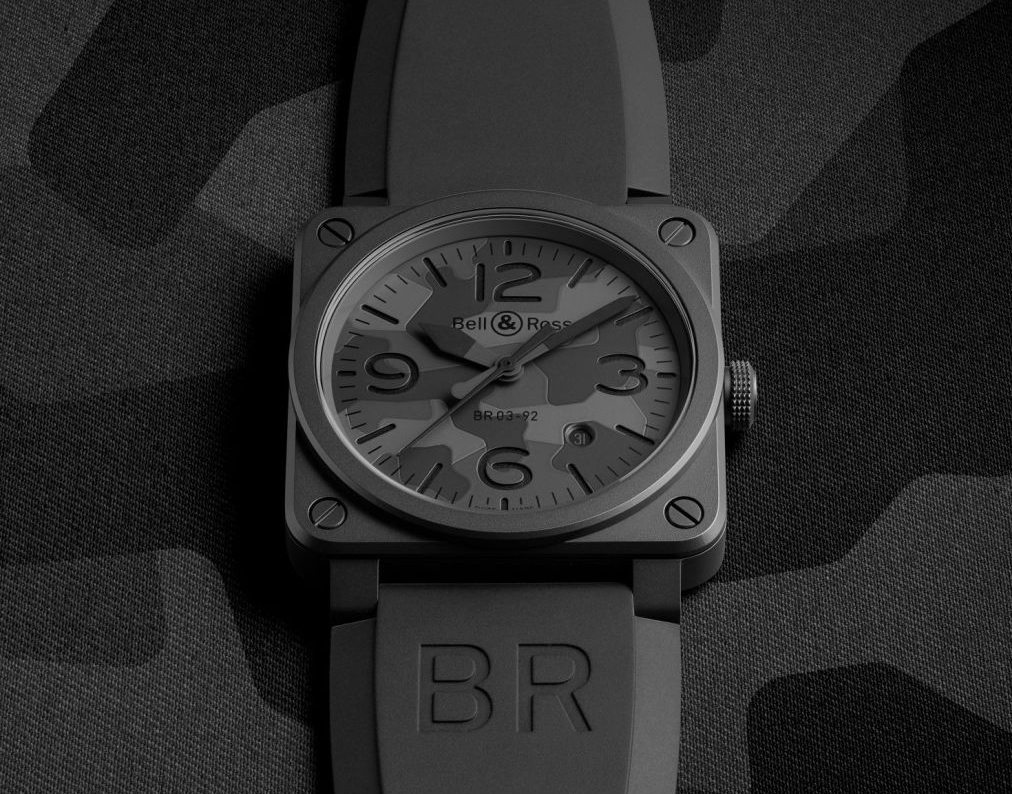 With their raft of recent incursions into the world of motoring and dipping their toe into haute horology, Bell & Ross have finally made a triumphant return to their militaristic roots with the BR03-92 Black Camo.

This is Bell & Ross back to basics, the very inspirations that brought its name into existence into the first place. Indeed there’s nothing superfluous about the new timepiece, no complications or distractions from its purity of design. 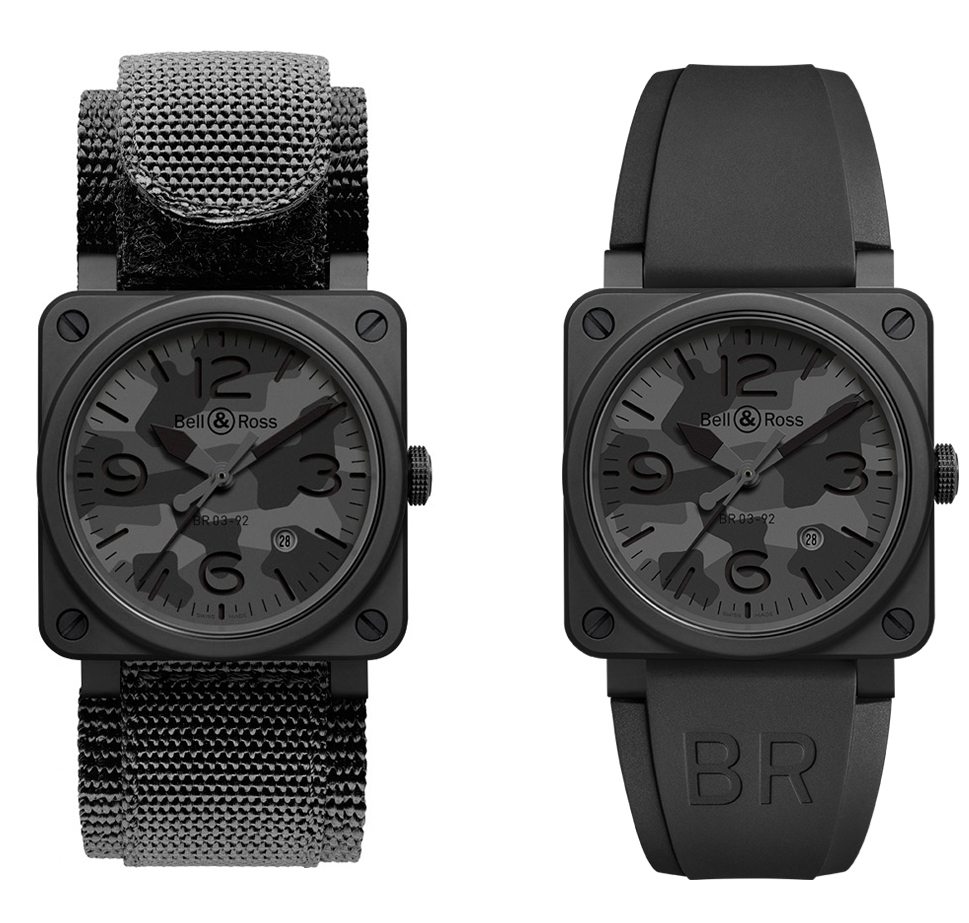 It’s an instrument pure and simple. It tells the time, date and that’s it, but it does that single function very well indeed. It’s the kind of piece that, with it’s square case and circular dial, would be more at home in a vintage fighter plane than worn aboard a yacht on the Riviera.

That’s the charm of Bell & Ross, a character that’s been distilled in the BR03-92. Granted they won’t get any accolades for the movement, reliable as the BR-CAL.302 is; nor will they win any design innovation awards for the camouflage dial – and there’s nothing wrong with that. 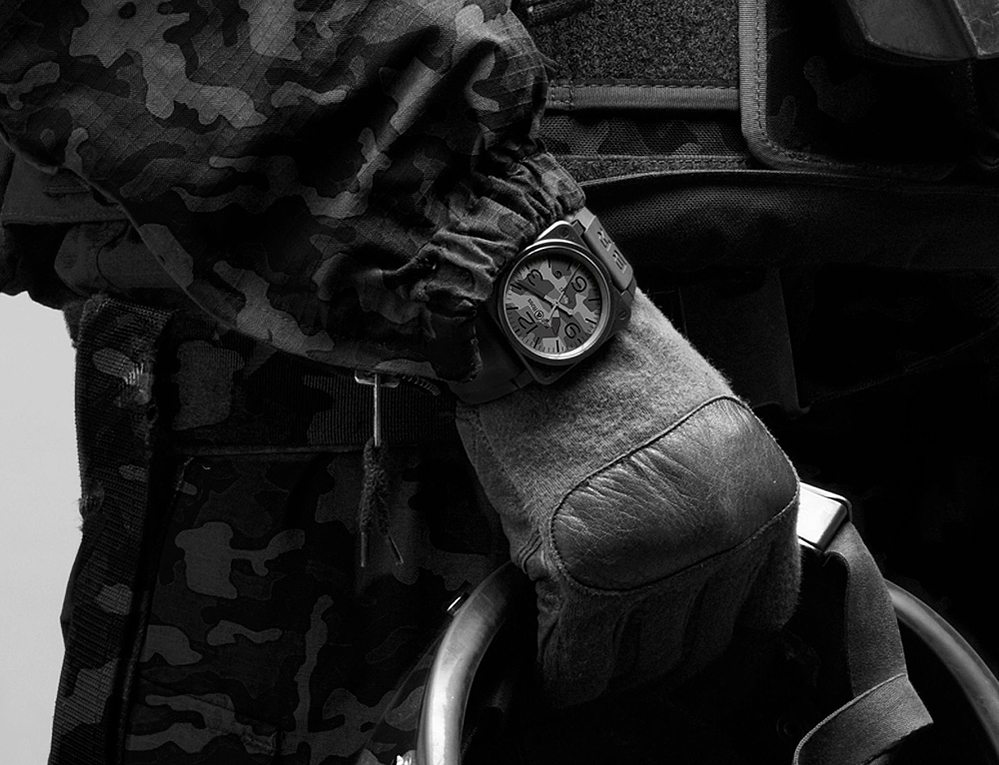 The stealth look of the watch is simply very, very cool. In colour the dial is actually a combination of two previous models – the Phantom and Commando versions – with both hues blended into camouflage. Bell & Ross however does have more links to the military that are slightly less tenuous – GIGN and RAID.

Needless to say these French special forces units have pretty stringent requirements for their timepieces. They needed to be almost invisible in conjunction with their uniforms, rugged enough to survive the inevitable rough theatres of operation and not show an inkling of shine. Hence we have in the BR03-92 a watch that is not only rugged, but is the very definition of a stealth watch, right down to the perfectly anti-reflective dial.

We’re not about to say that Bell & Ross forays into other fields were a bad thing; quite the opposite, given the reception their recent tourbillon received. It is though good to see them getting back to basics and doing what they do best. The BR03-92 is the archetype of Bell & Ross.