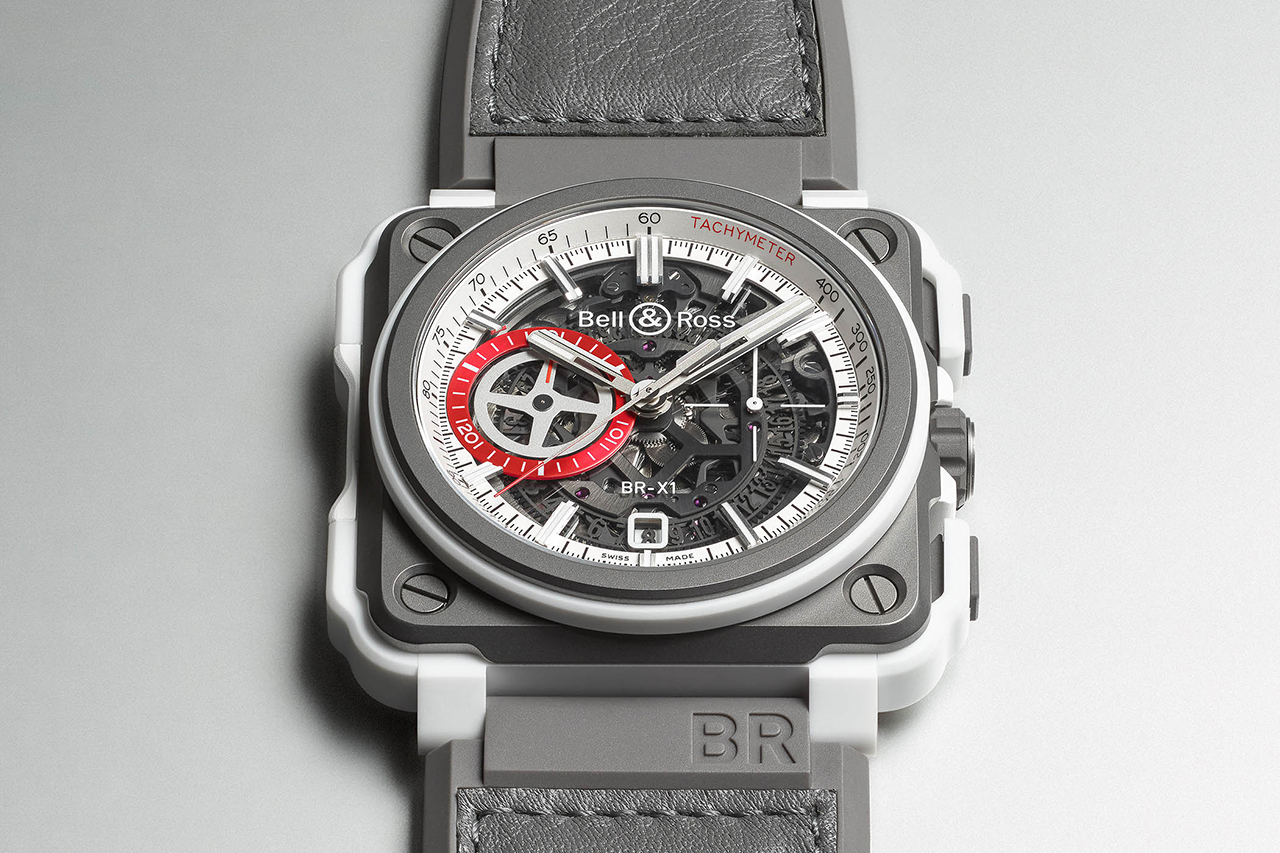 If you think Bell & Ross is all about watches wrenched out of an aircraft cockpit, well… you’re pretty much right there. If you think that’s all they are however, look at the BR-X1 White Hawk. 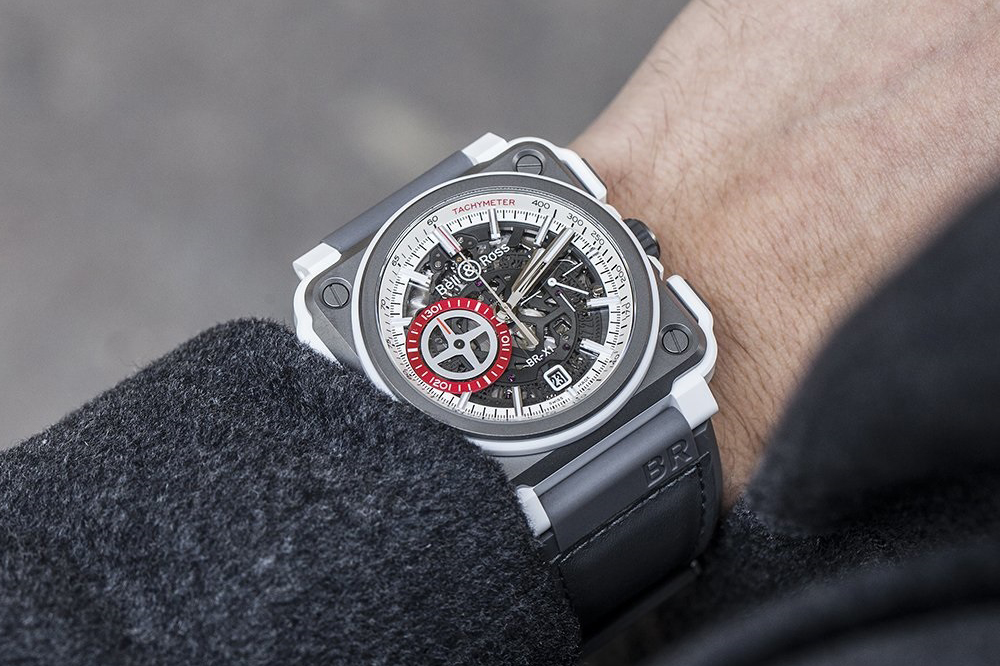 Based in most part on the titanium and ceramic BR-X1 from a few years back, this version adds a little more impact resistance with an outer protective ceramic band and integrated chronograph pushers. It still has the skeletonised movement the collection’s known for, but this time built to withstand, shall we say, a less than perfect landing. 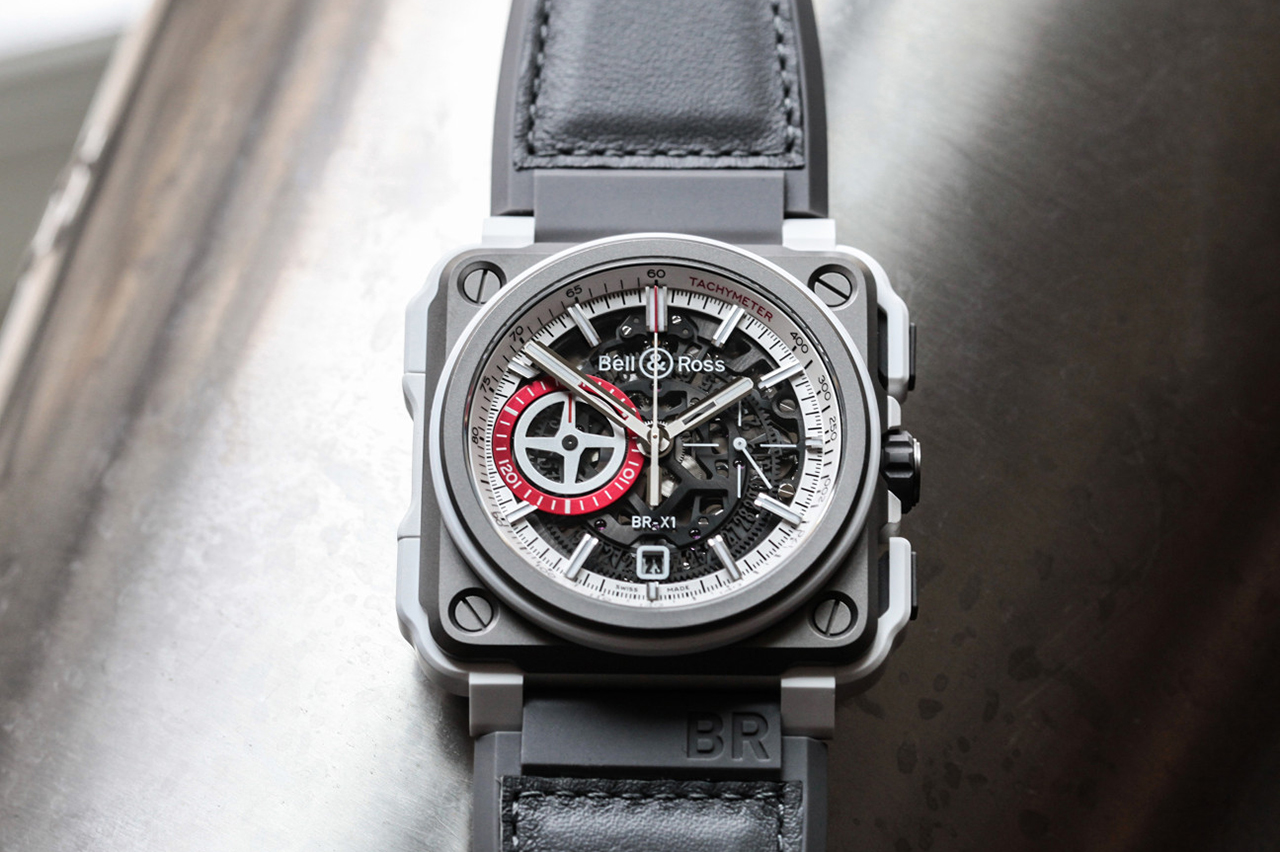 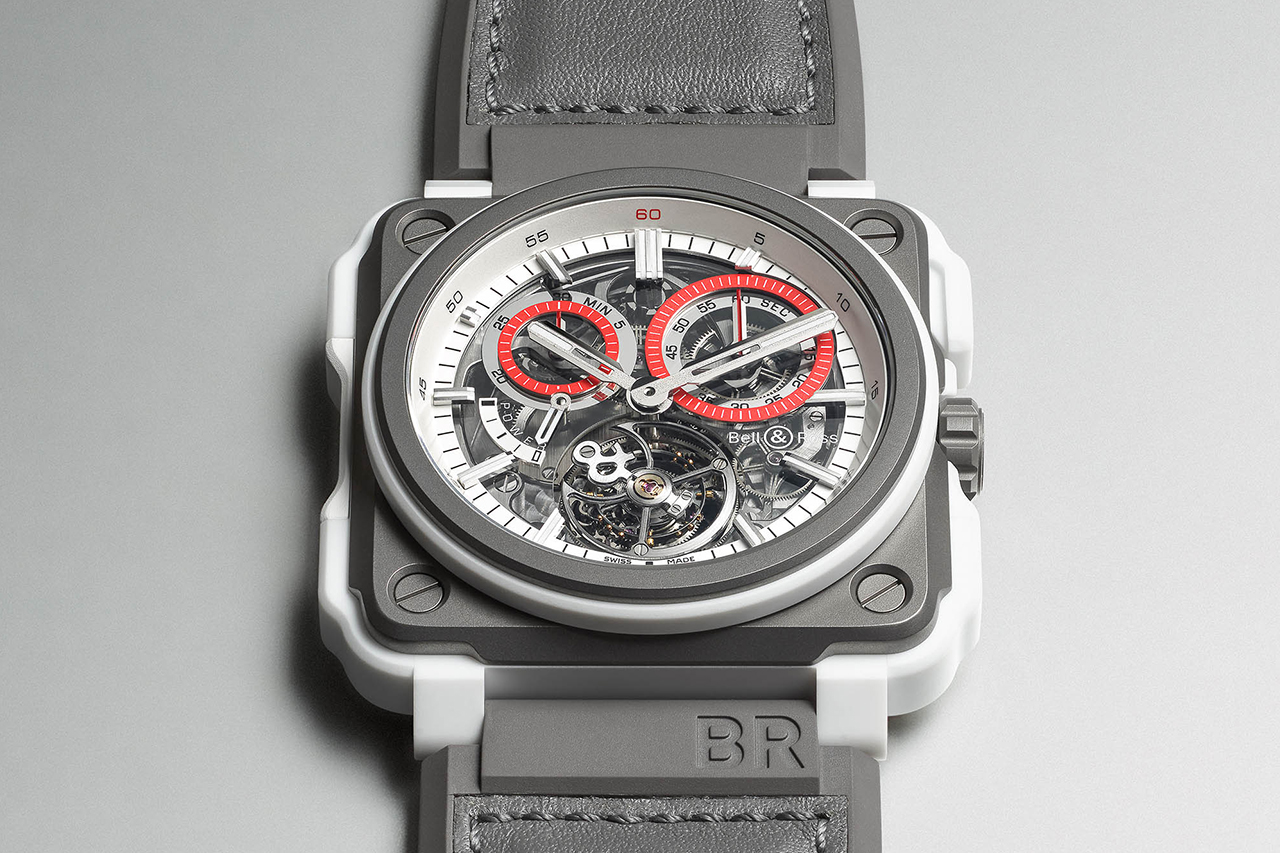 They have also introduced a second model in the same style but with considerably more going on inside. Not only does it feature a monopusher chronograph but at 6 o’clock through the skeletonised dial you can clearly see a tourbillon. Limited to just 20 watches, this version is even higher up the pricing chain – all the way up to 155,000 Euros (roughly £137,260); bellross.com