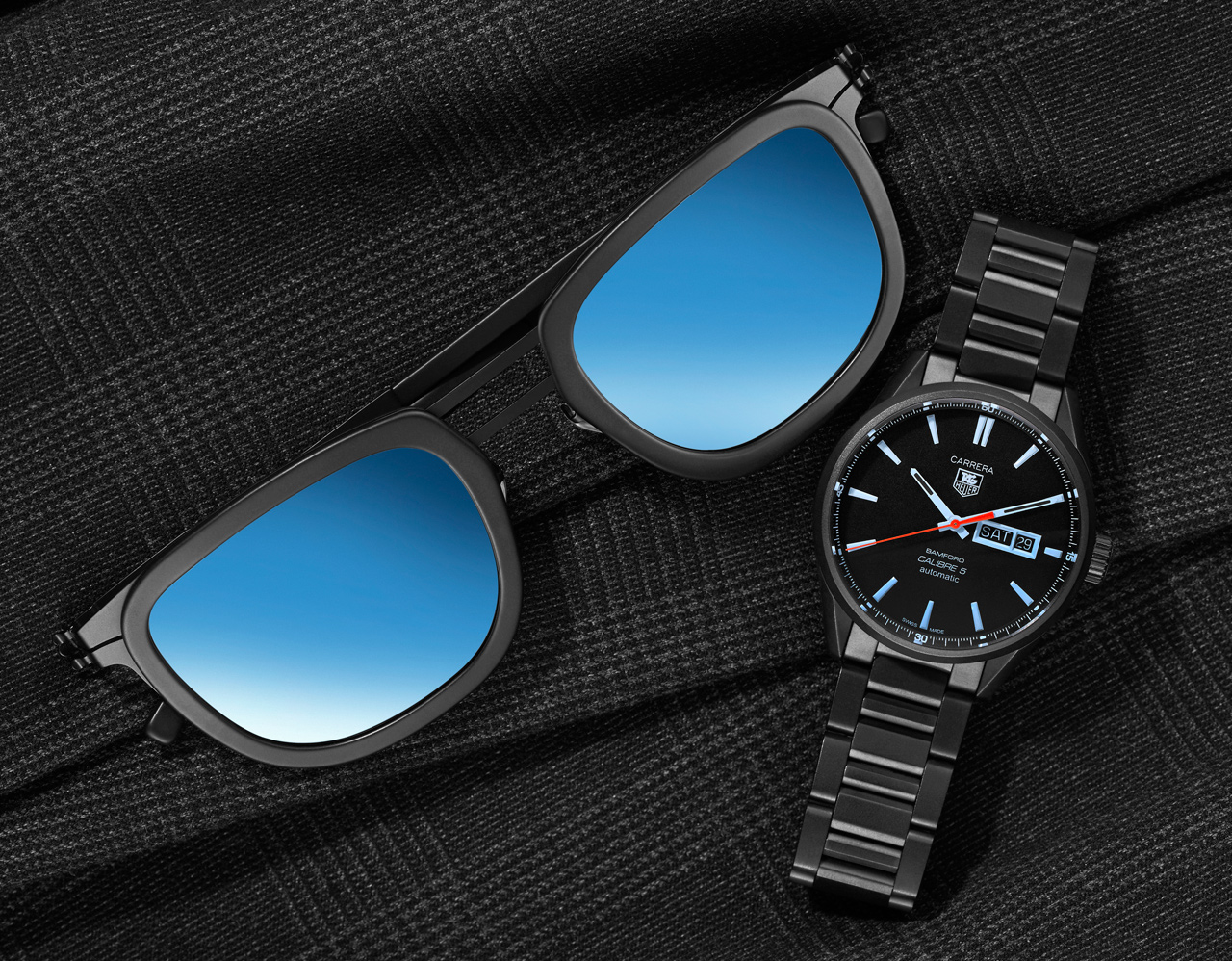 We’re not the kind of people to gaze into our sapphire crystal ball to make predictions about the future of the watch industry, but sometimes you just know a sure bet when you see it. Take Bamford Watch Department’s latest announcement for example.

When BWD became the official customisation partner of Zenith, two things happened. First was that George Bamford received some long overdue recognition. Second was that said recognition came from one of the world’s most important luxury groups. 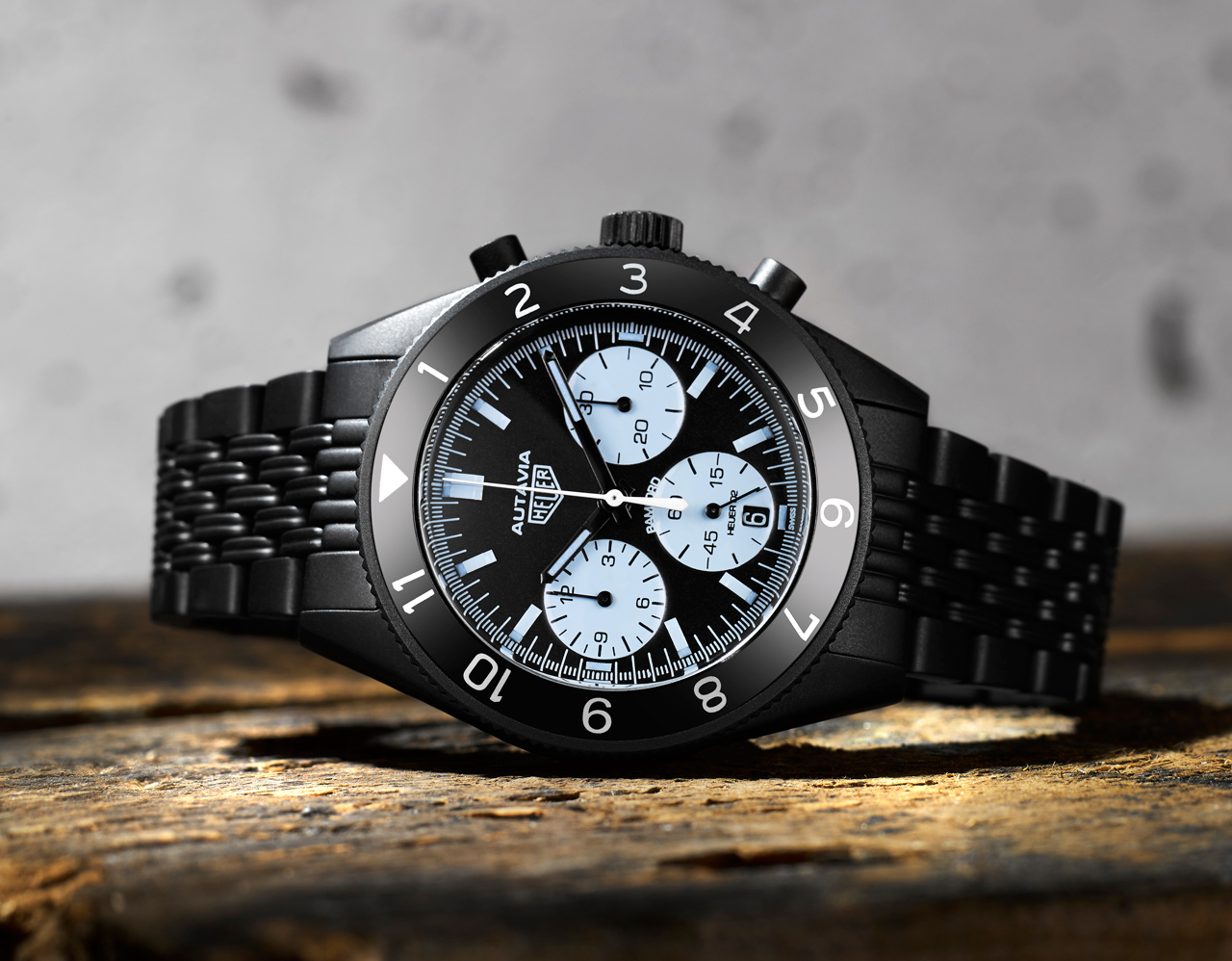 Obviously, that meant big things were in store for Bamford and anyone with a sense of the watch world likely had an inkling what was coming next. Today we can give our predictions a well-deserved pat on the back as Bamford Watch Department have just announced their new partnership with TAG Heuer.

To be perfectly honest we were expecting this partnership before Zenith. Much as we love the makers of the legendary El Primero, the style of TAG seemed to have more in common with Bamford’s aesthetic sensibilities. Having seen the first batch of BWD TAG Heuer watches, it’s very much a perfect fit. 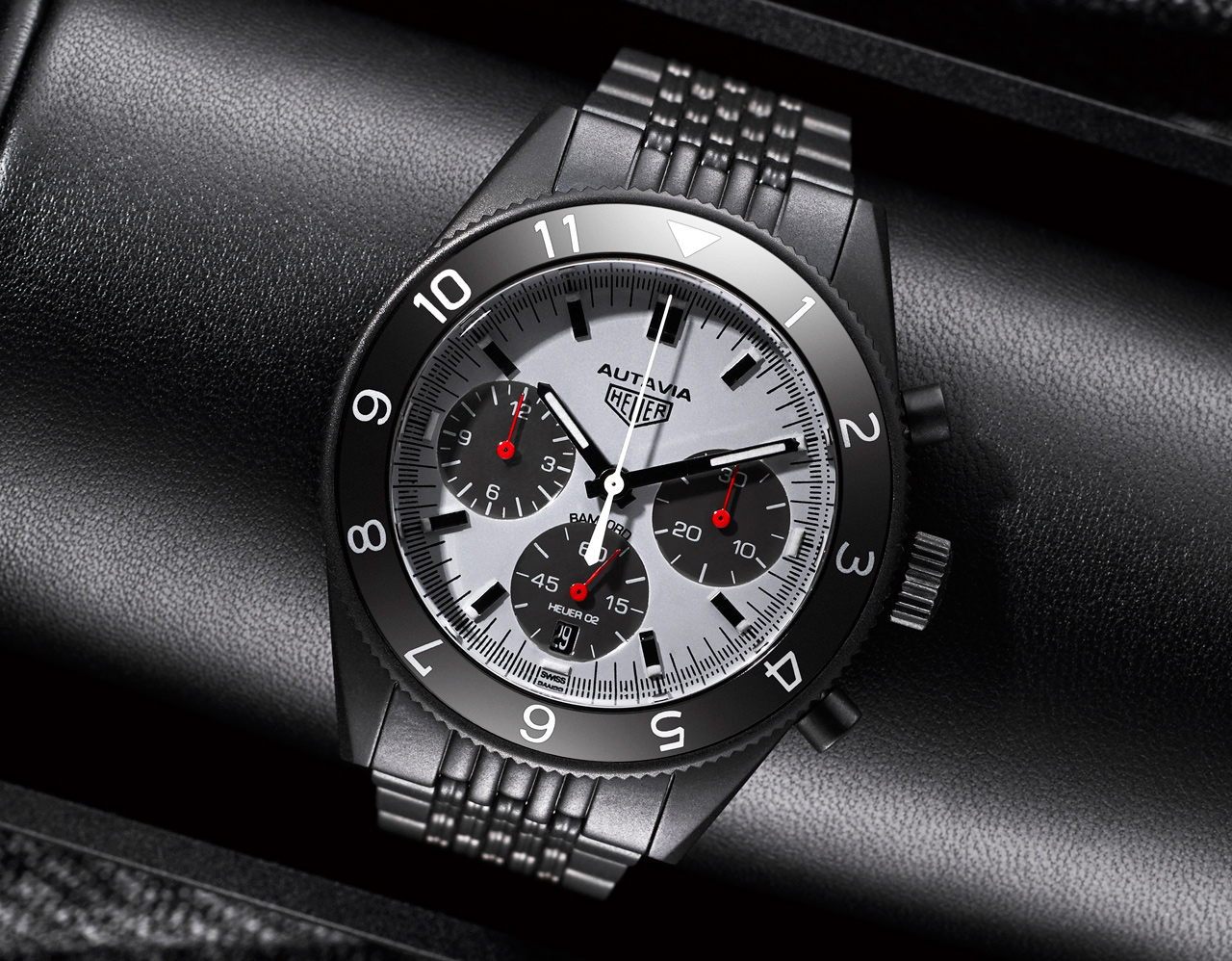 The fact that TAG Heuer’s Autavia is similar in many ways to the Rolex Daytonas that Bamford Watch Department cut their teeth on likely has something to do with it. Still, Bamford’s penchant for MGTC coating lends it the kind of edginess it was previously missing, particularly on the all-black version with subtle red highlights. 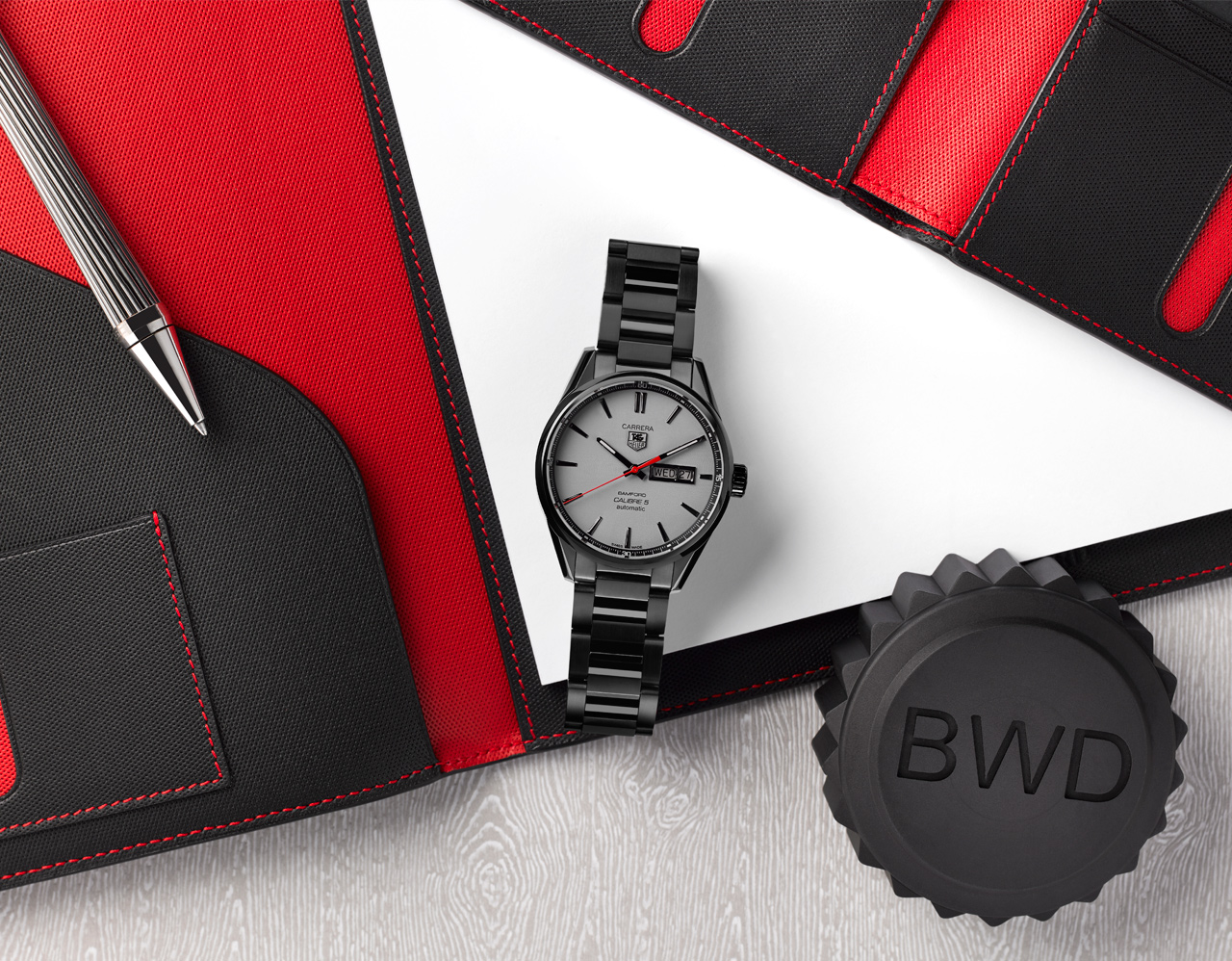 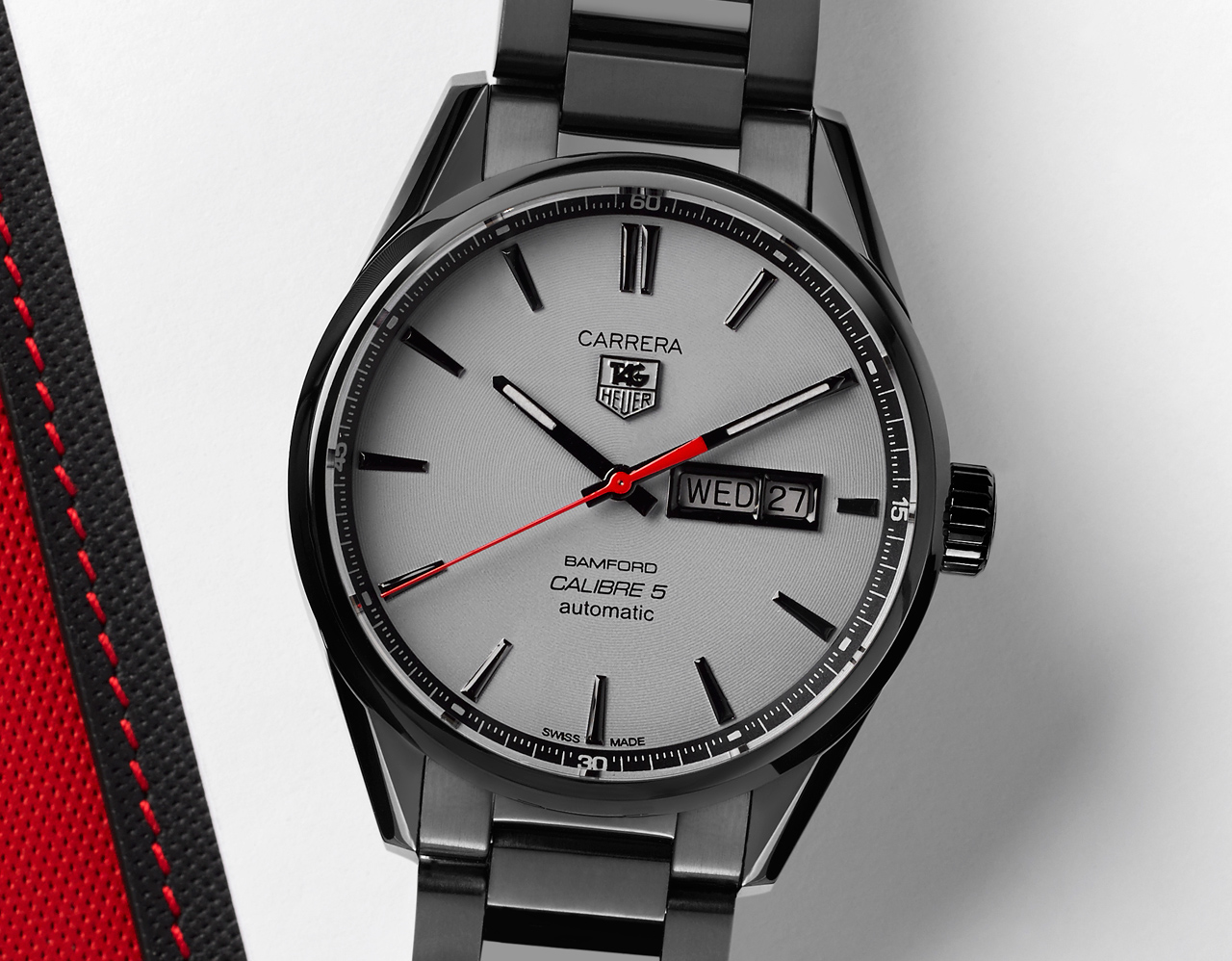 The Carrera Calibre 5 Day Date on the other hand is pure TAG with its minimal dial ripe for some personal branding. It’s particularly handsome in the black and grey, though the contrast of the all-black is nothing if not eye-catching. 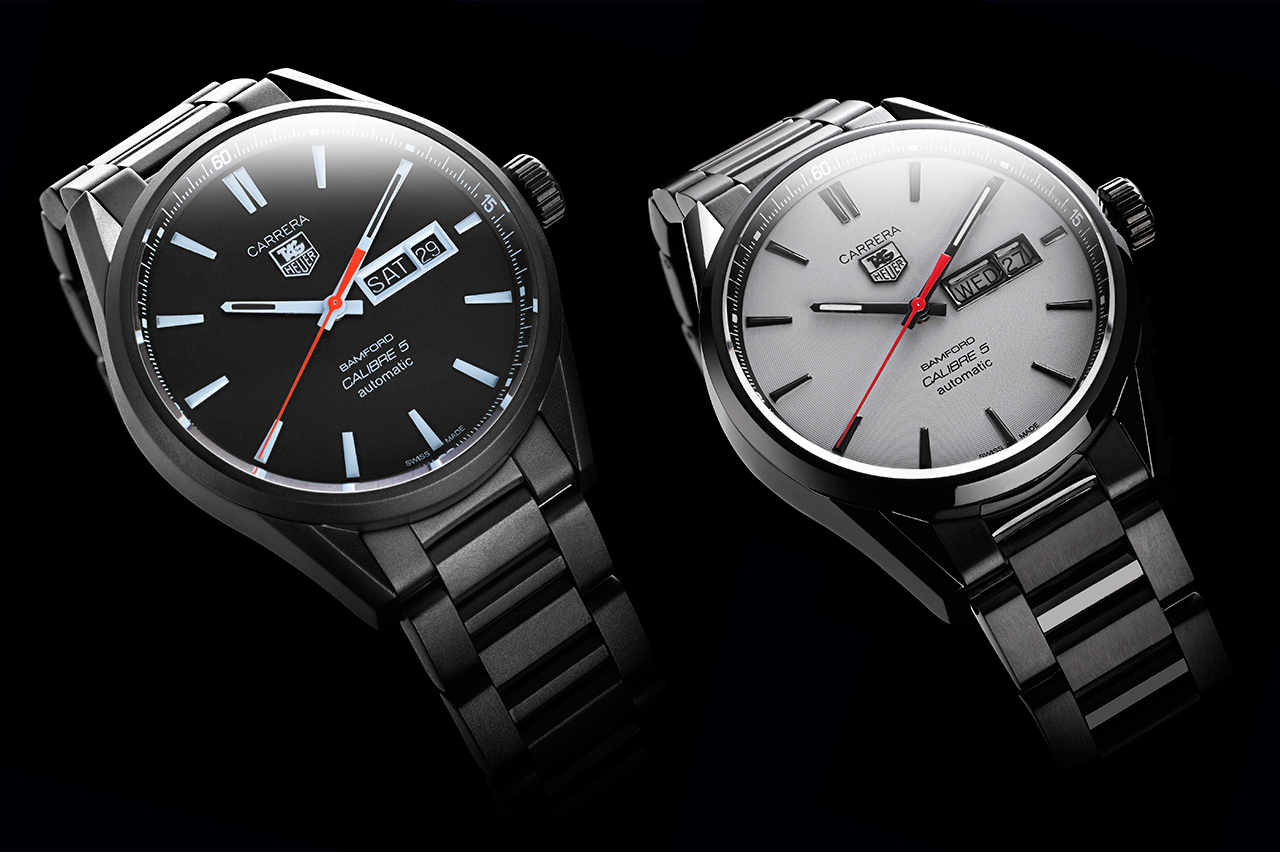 However, just as the pilot was the highlight of Zenith’s bespoke cross-section, it’s one of TAG Heuer’s most individual models that for us at least is the standout. The Monaco is already a sporty watch, but dressed in black MGTC with a grey and black dial complete with red highlights, the racing watch seems completely at home through the lens of Bamford. 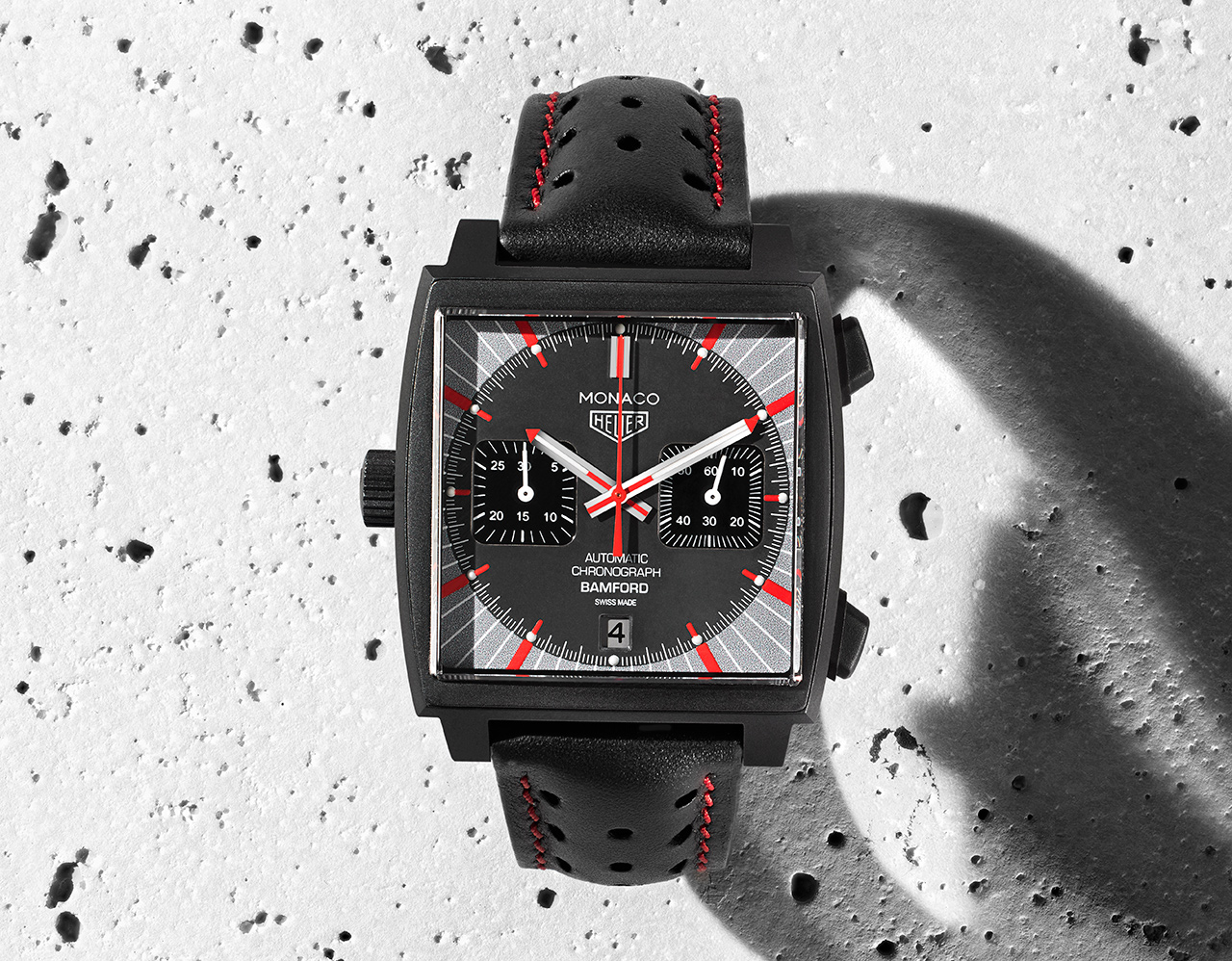 Likely as this partnership may have been, it was never a guarantee. After all, nothing quite like the Zenith collaboration had ever been done before so it was anyone’s guess as to how successful it would be. An educated guess would say very but you never can tell. 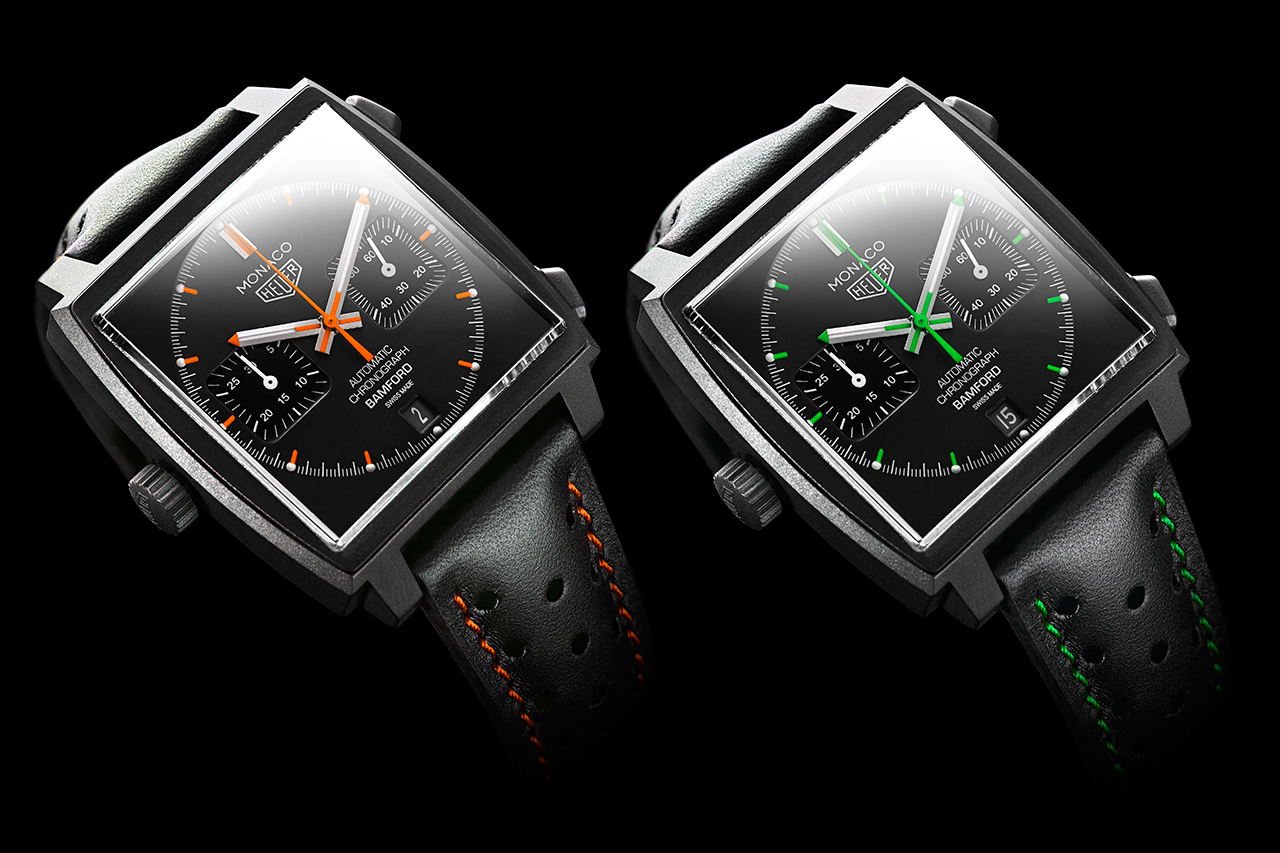 The announcement of TAG Heuer x Bamford is a much-needed stamp of approval from LVMH, one that makes BWD a black sheep no longer but a rare breed indeed. Now, odds on Hublot anyone?