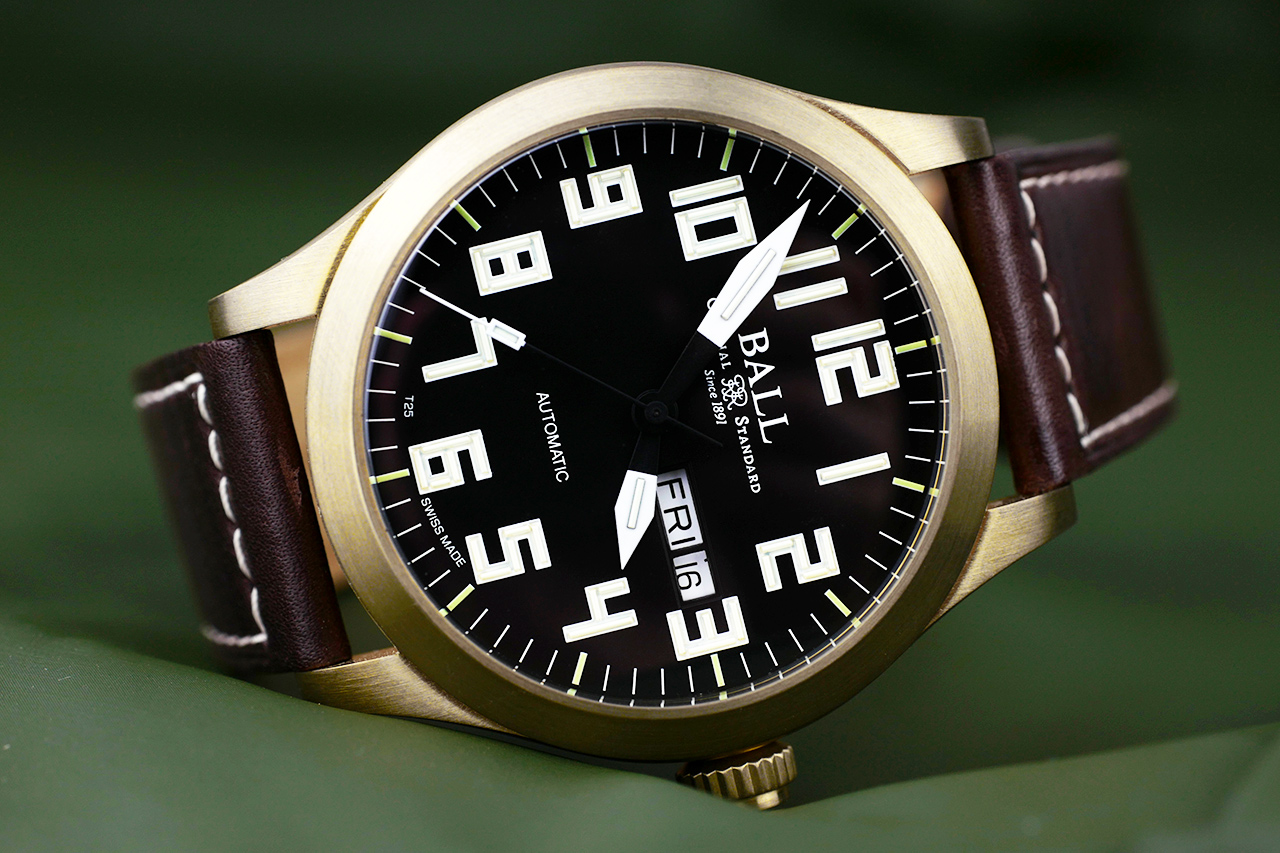 Believe it or not, once upon a time bronze was a novel idea. It was used on watches few and far between and the ‘unique’ patina was still unusual. Nowadays the copper-aluminium alloy is about as much of a design revolution as adding a blue dial. Even so, on the right watch it has its charm, and Ball’s Engineer III is very much the right watch.

Everything just lines up nicely. Even without taking the name into account the Engineer III has an industrial look, like something a Victorian train conductor would have been sporting. Pair that with the digital-style gas tube numerals and you have a blend of new and old, the perfect base for a case material as innately steampunk as bronze. 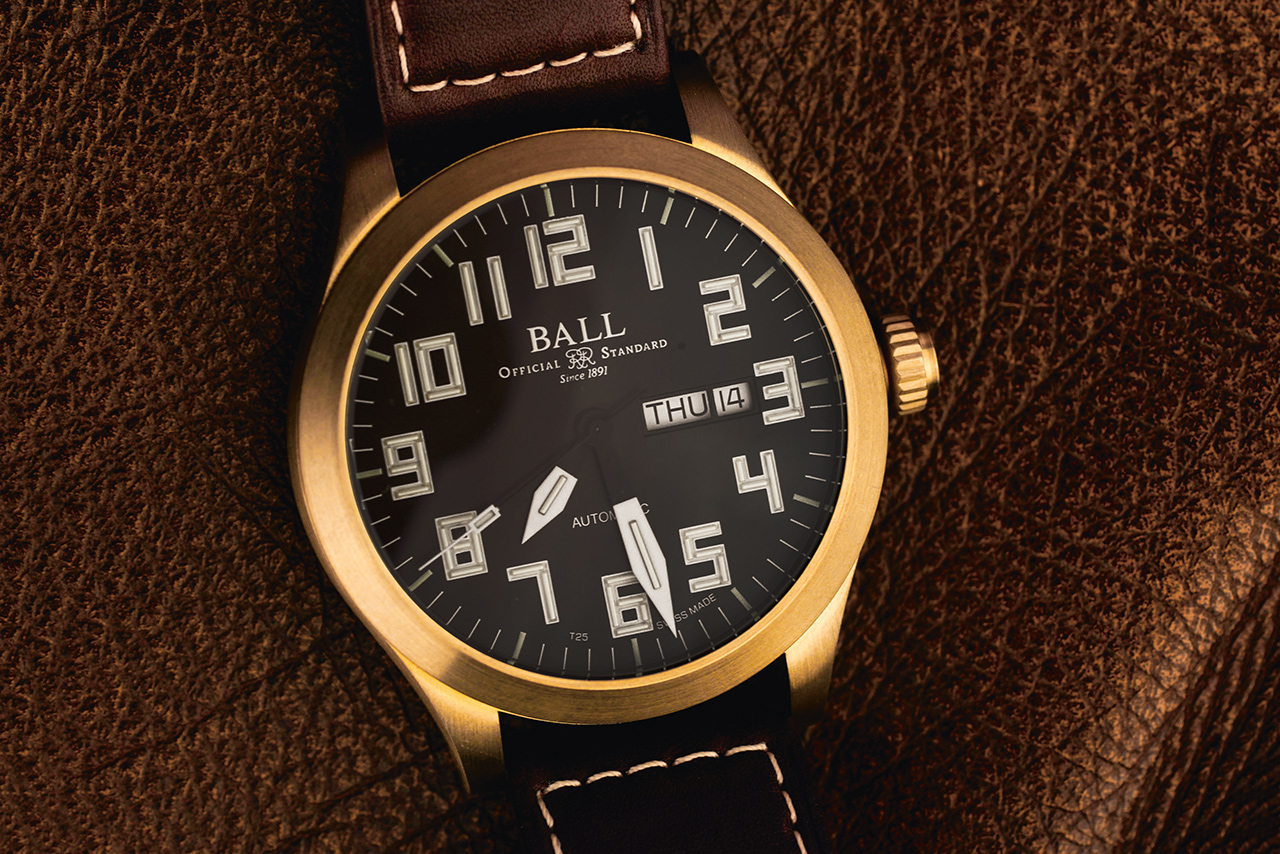 The dial is unremarkable other than the numerals, but they’re more than enough to make up for it. No matter how bright the lume, coatings just can’t come anywhere close to the brightness of those H₃ gas tubes. It makes reading the watch at night as easy as during the day, though leaving it on the nightstand isn’t the best idea. It’s more distracting than a digital clock. 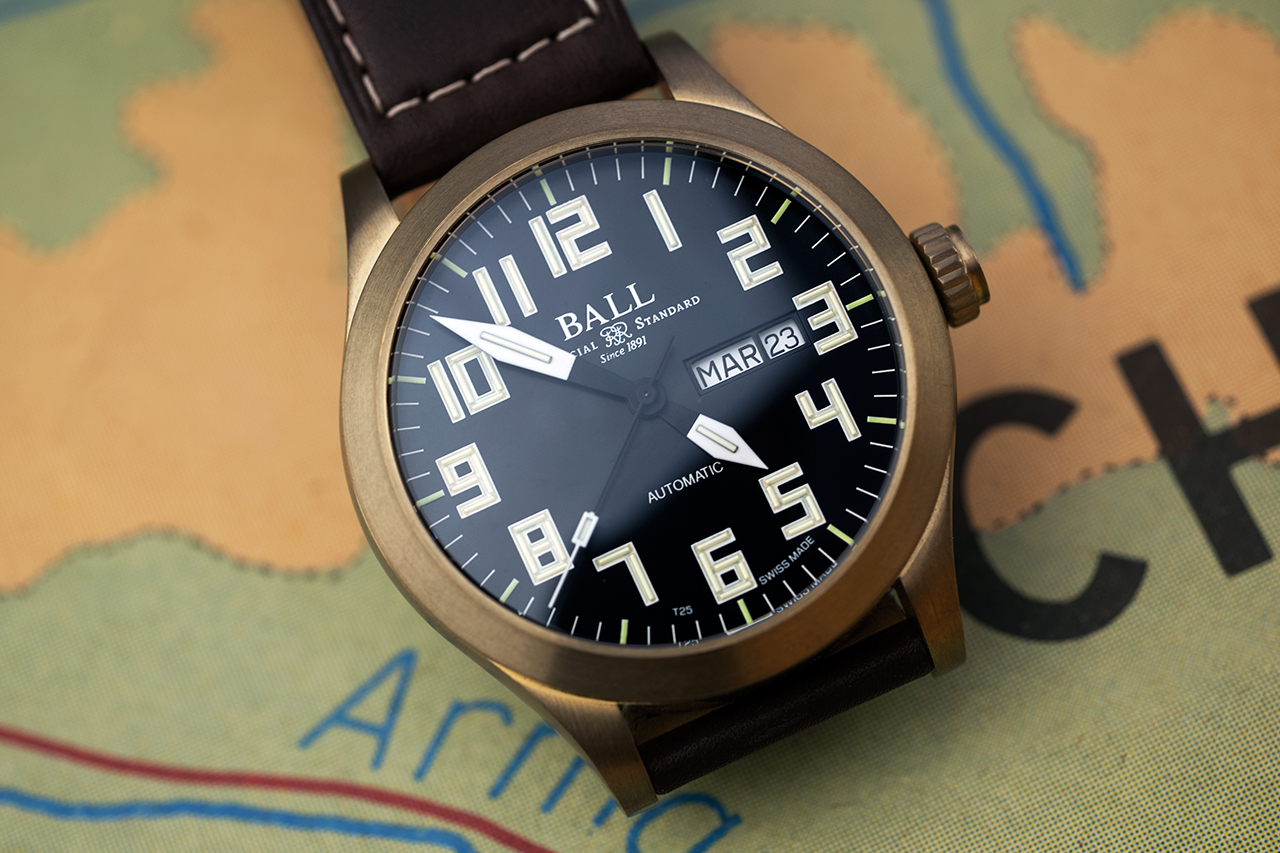 Despite the Engineer’s workmanlike simplicity, there’s also plenty going on beneath the surface. I wasn’t particularly inclined to test out the shock resistance – we like to give these watches back in one piece after all – but it’s reassuring to know that Ball’s patented anti-shock system is there if it’s needed. The same goes for the magnetic resistance, particularly if you accidentally leave it atop a loudspeaker. 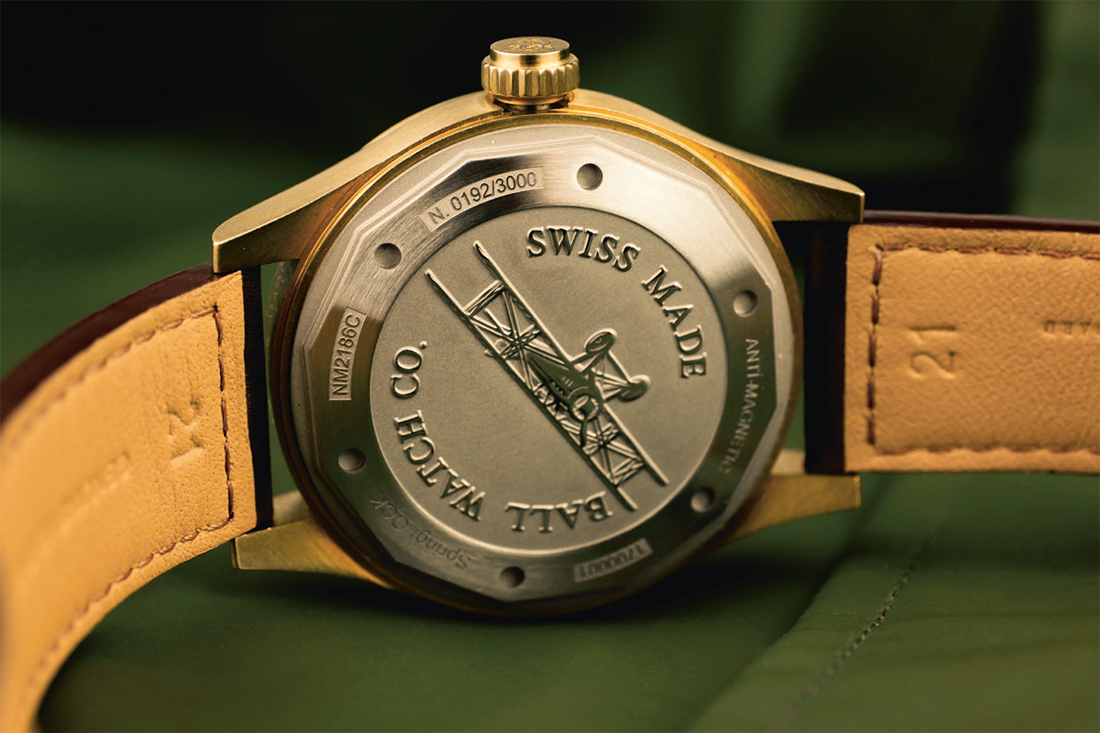 The rest of the BALL RR1102-SL calibre I can only assume is a standard affair. There’s no exhibition case back which is a shame; seeing the whirring inside would have played up the steampunk feel nicely. Instead there’s a rendering of a bi-plane to hammer home that it’s a pilots’ watch. 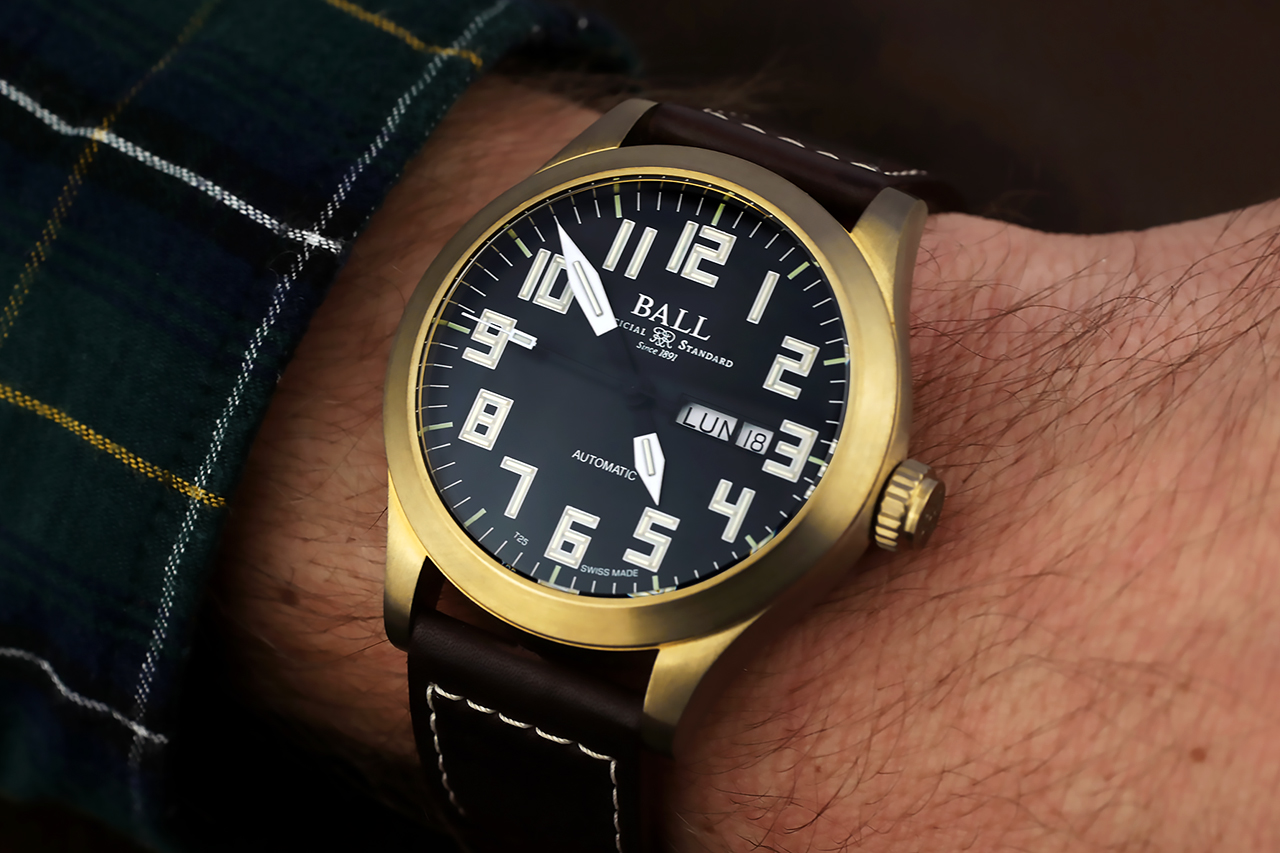 On the wrist, it’s lighter than it looks – one of the benefits of bronze – and the lugs fit well. At 13.45mm high it just about fits under most shirt cuffs which is a good thing given that the gold and brown colouring goes very well with an unfortunately now necessary autumnal wardrobe. It’s not a watch I can get particularly excited about, but the Engineer III is a solid piece of watchmaking with a few genuinely useful innovations inside and out. Bronze may be becoming passe but here it genuinely works, and works fantastically.

Disclaimer: All photography was taken on a Leica SL; leica-camera.com