Ask the Oracle: Watch Lume - What Do I Need To Know? - Oracle Time 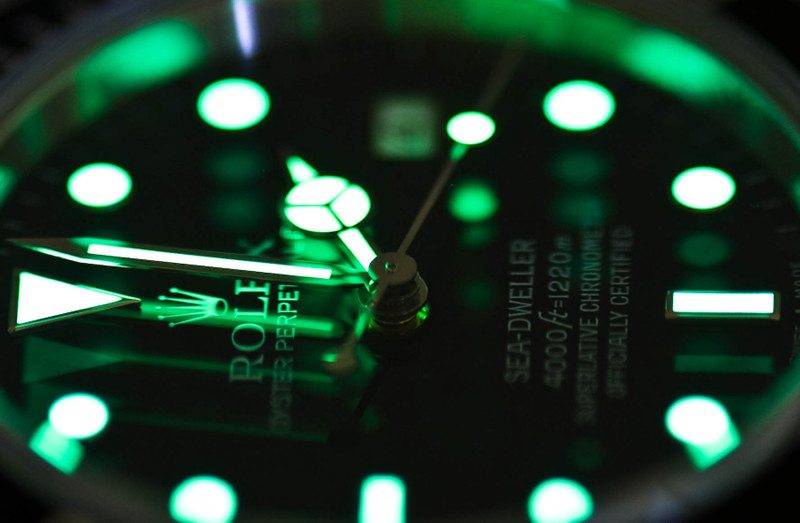 I am the proud owner of a vintage Rolex Submariner. Despite being more than 40 years old it still works well, the bezel is nicely faded and the face has acquired a pleasing patina of age. The only problem with it is that the luminous detail on the dial is beginning to flake off. Is this normal? Will the disintegrating day-glo paint affect the performance of my watch? What should I do to rectify it?

Fine horology and luminosity have a long and colourful relationship that goes back as far as the 1900s, when early military watches issued to soldiers serving in World War I would have dials and numerals painted with glow-in-the-dark radium. Radioactive, yellow and prone to fading, zinc sulphide-based radium was used on dials up until the 1950s when wristwatch manufactures realised that its fission decay products had the potential to endanger the health of the wearers. While the risks of poisoning are actually pretty low while the watch face is sealed within its case back and crystal, some jewellers will exercise caution when working on timepieces with radio-luminescence still present. 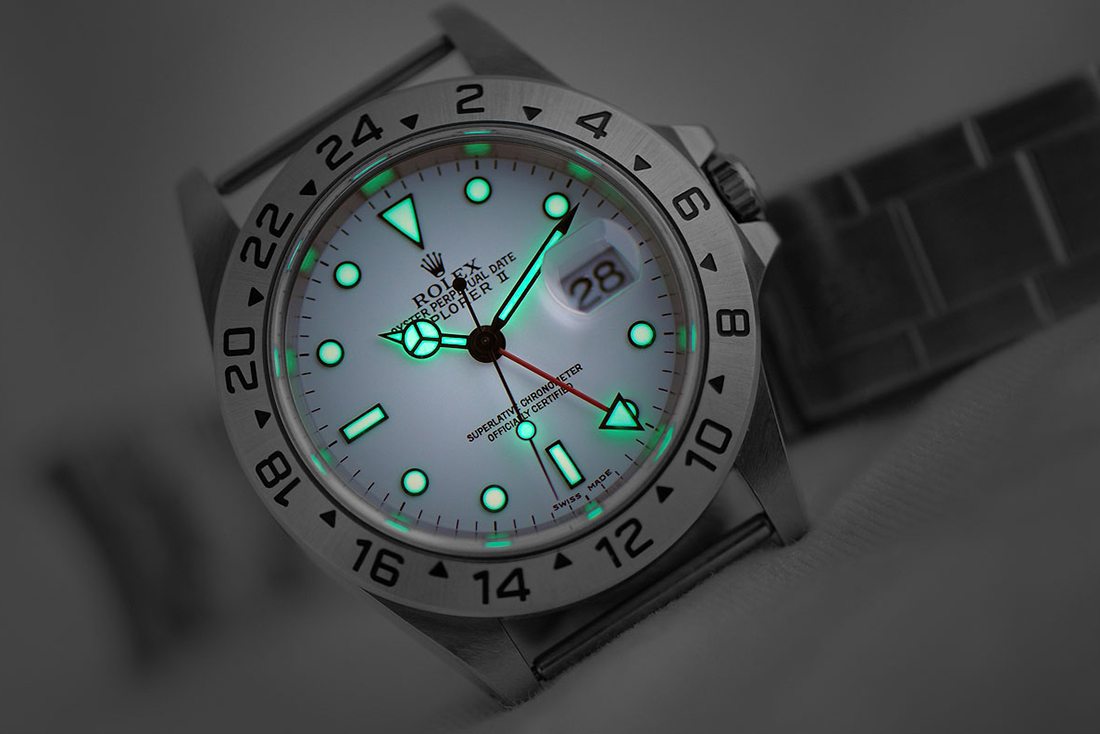 Panerai, with its famous connections to the Italian navy, was an early adopter and maverick exponent of luminescent dials. The marque became an official supplier to Regia Marina at the beginning of the 20th century, providing sailors and nautical officers with high precision instruments and watches. In 1916 Panerai filed a patent for a radium-based powder treatment called ‘Radiomir’ which facilitated luminosity on the dials of sighting equipment, which was often used at night. 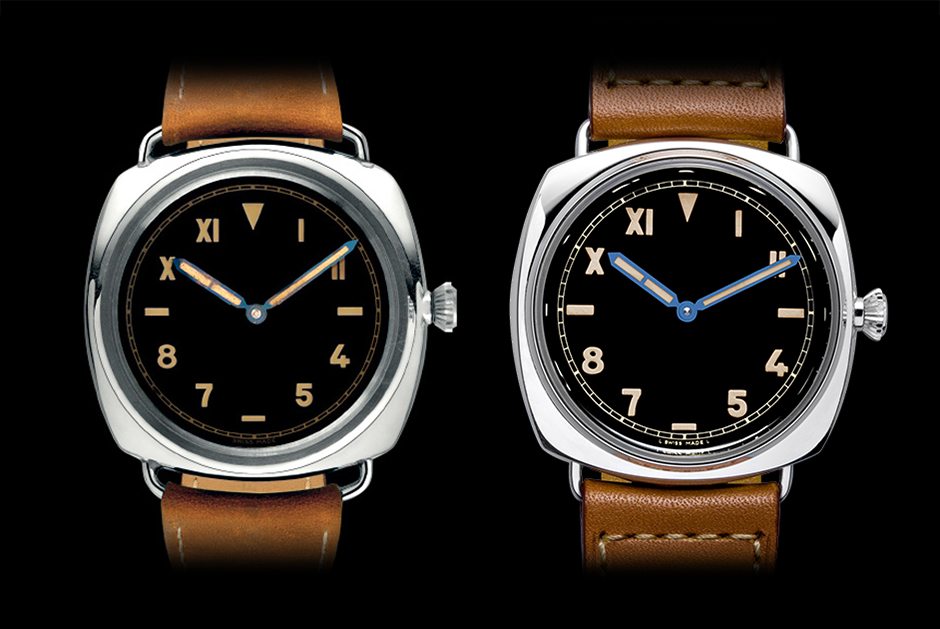 In 1935 the Royal Italian Navy tasked watch manufacturers with designing a watch resistant to extreme conditions but also capable of keeping exact time for the frogmen commandos of the First Submarine Group Command… and offering excellent readability, even under water. The prototype submitted by Panerai in 1936 was called ‘Radiomir’ after the name of the patented luminescent substance used for the watch’s hands and indices. Dials of divers’ watches have been coated with some form of luminescent paint ever since, radium being replaced by the safer and more effective phosphorescent which reacts to light exposure to deliver its night-time light show. Certainly, any boy of a certain age will vividly recall the thrill of ‘charging up’ the luminescent dial of his first Timex watch then dipping under the duvet to watch it glow. 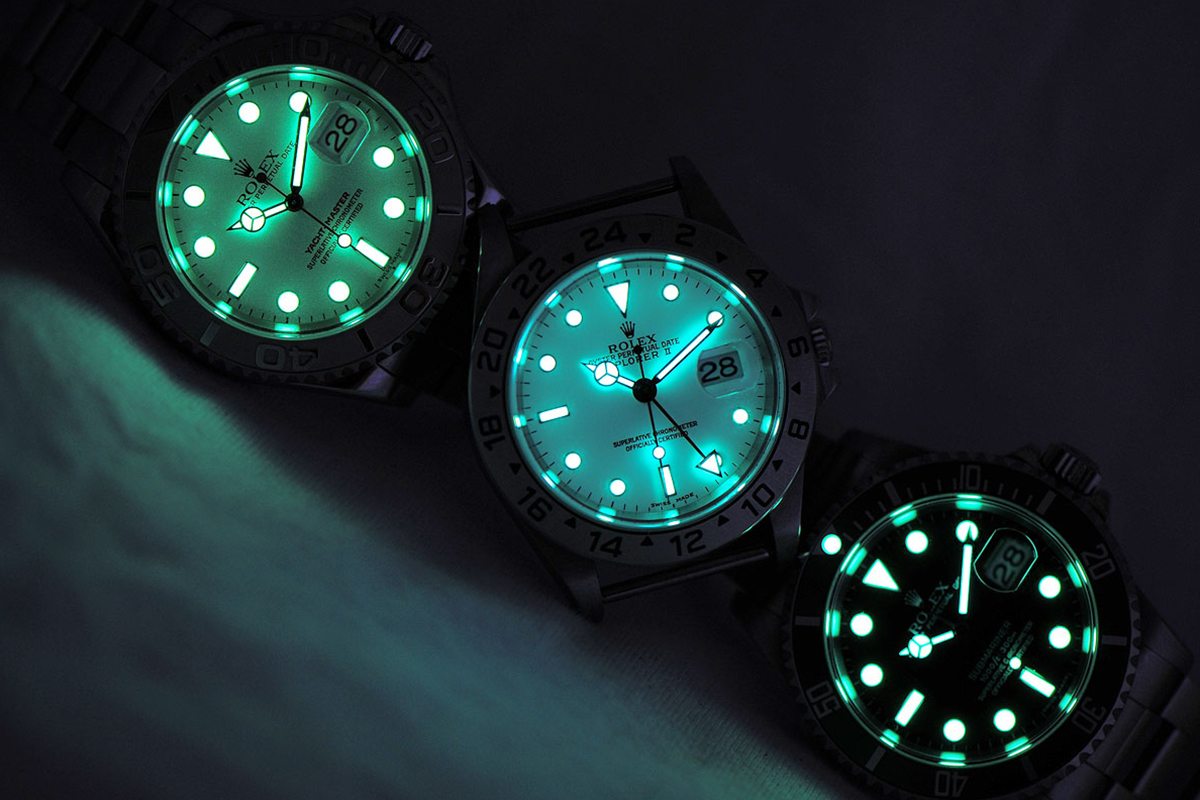 But back to your Rolex…while the cracking paint might give your beloved old classic a cool, weathered look, after a while flaky bits will get trapped under the hands and hinder free and accurate movement, eventually stopping it from working altogether. To fix it, you have two choices – either hunt around online for a replacement dial, making sure that the new face is correct in terms of vintage, layout and design, or locate a jeweller who can skilfully restore and repaint it. If choosing the second option, remember to be aware that matching the time-worn, authentic lime-yellow of the original (and toxic) radium finish can be tricky when using a modern, much safer but slightly paler, ‘super-lume’ finish, but really convincing results can be achieved with a little care and attention. Go on – glow for it.

A guide to all the current Rolex models in one handy list.

Whether they’re making space for replacements or disappearing for good, these are all the watches...