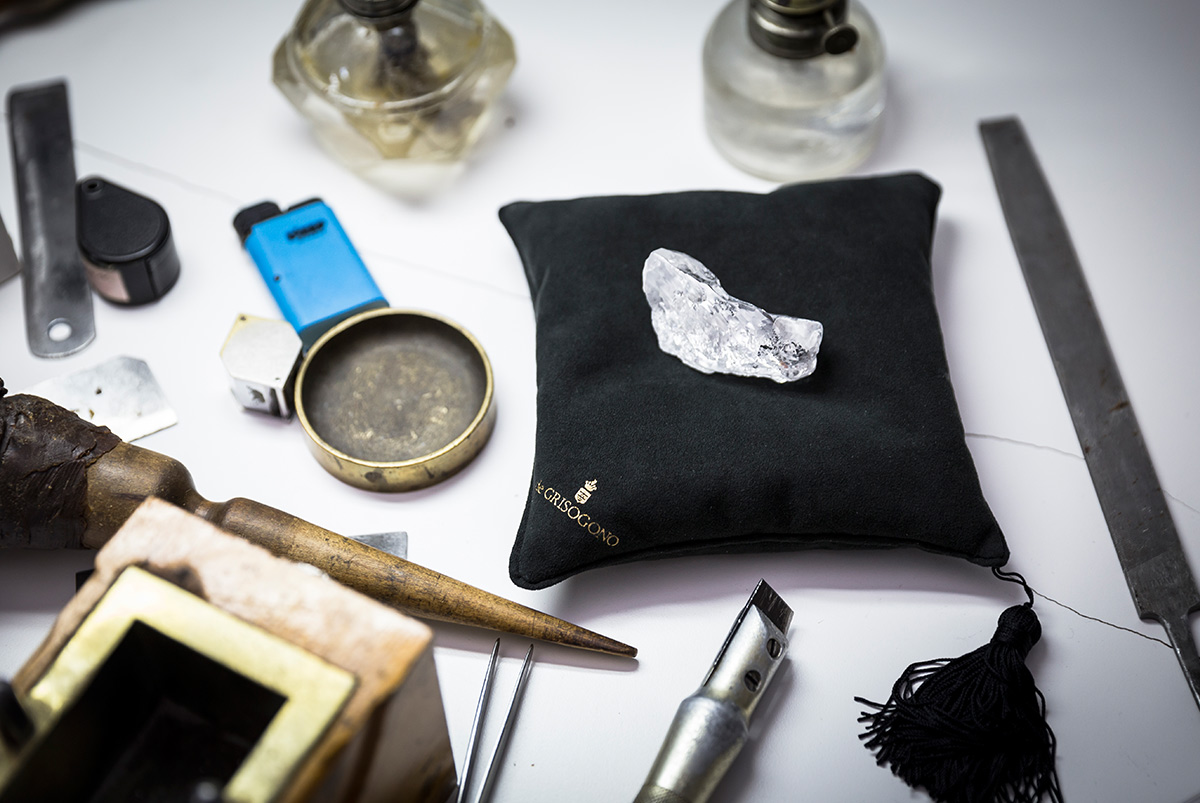 There’s jeweller, then there’s high jewellery, then there’s De Grisogono. The Genevan jeweller is a force to be reckoned with in the glittering world of rare jewels and every now and then they like to flex their considerable gemmological heft. The Art of De Grisogono was just such an occasion. 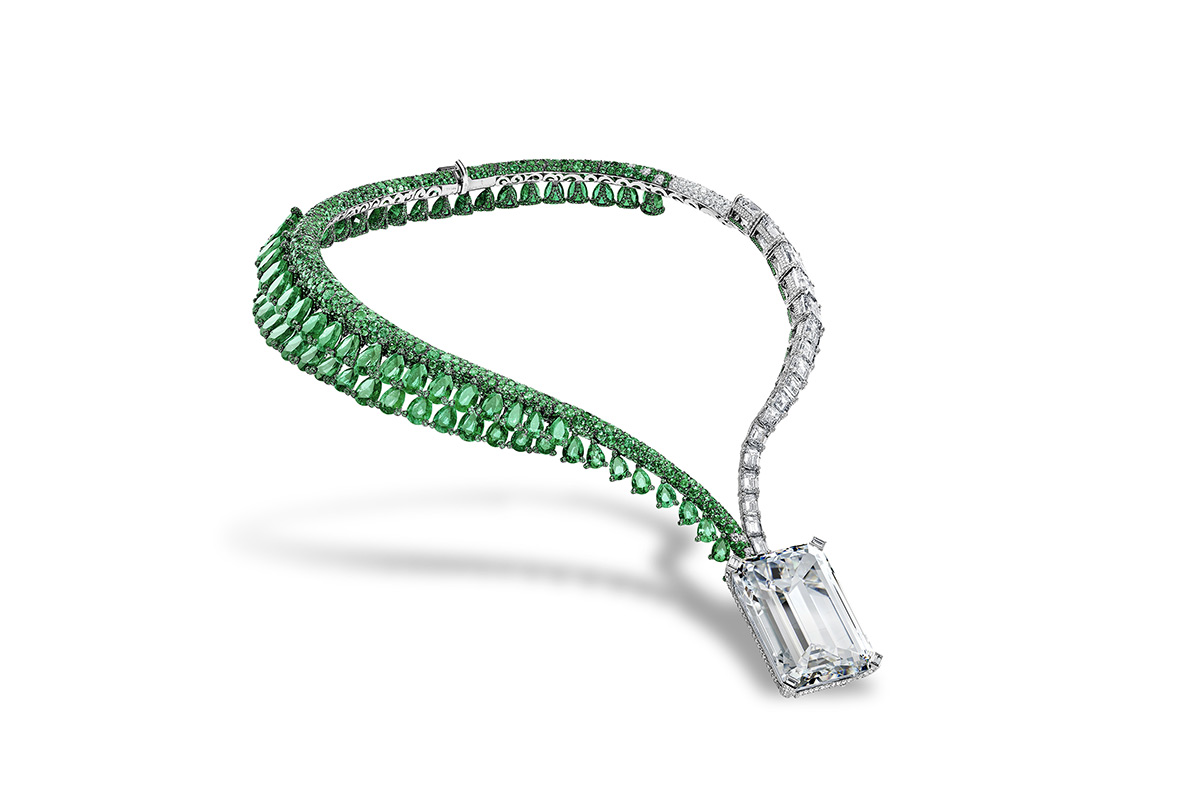 In partnership with Christie’s, just before Christmas the jeweller offered up the largest flawless D-colour diamond ever to come to auction. Weighing in at a gargantuan 163.41 carats, it was a heavyweight champion in the carbon world and is quite simply magnificent. 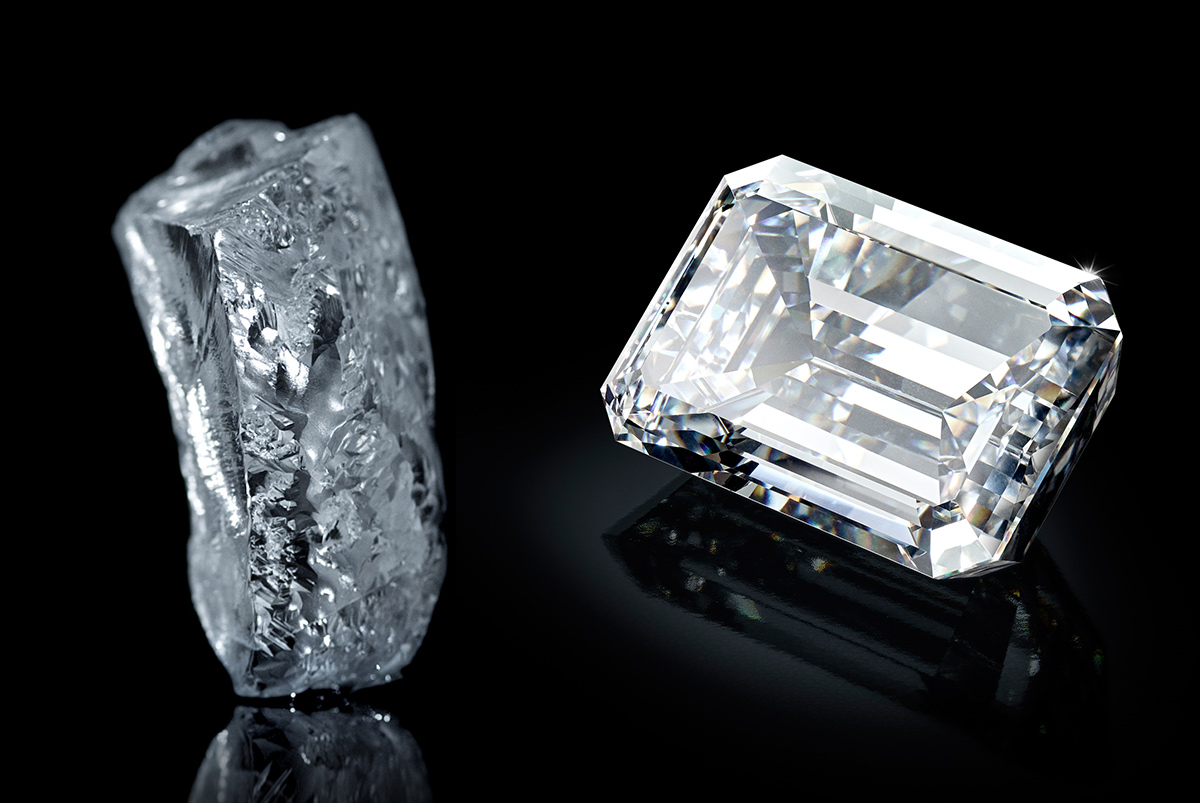 Not a single inclusion or blemish and almost perfectly clear colour make any diamond of this quality special, but rarely is one found of this size and never at auction. Any diamond of this size would have made for a sensational sale in and of itself of course, but this is De Grisogono we’re talking about. Needless to say, they went one step beyond. 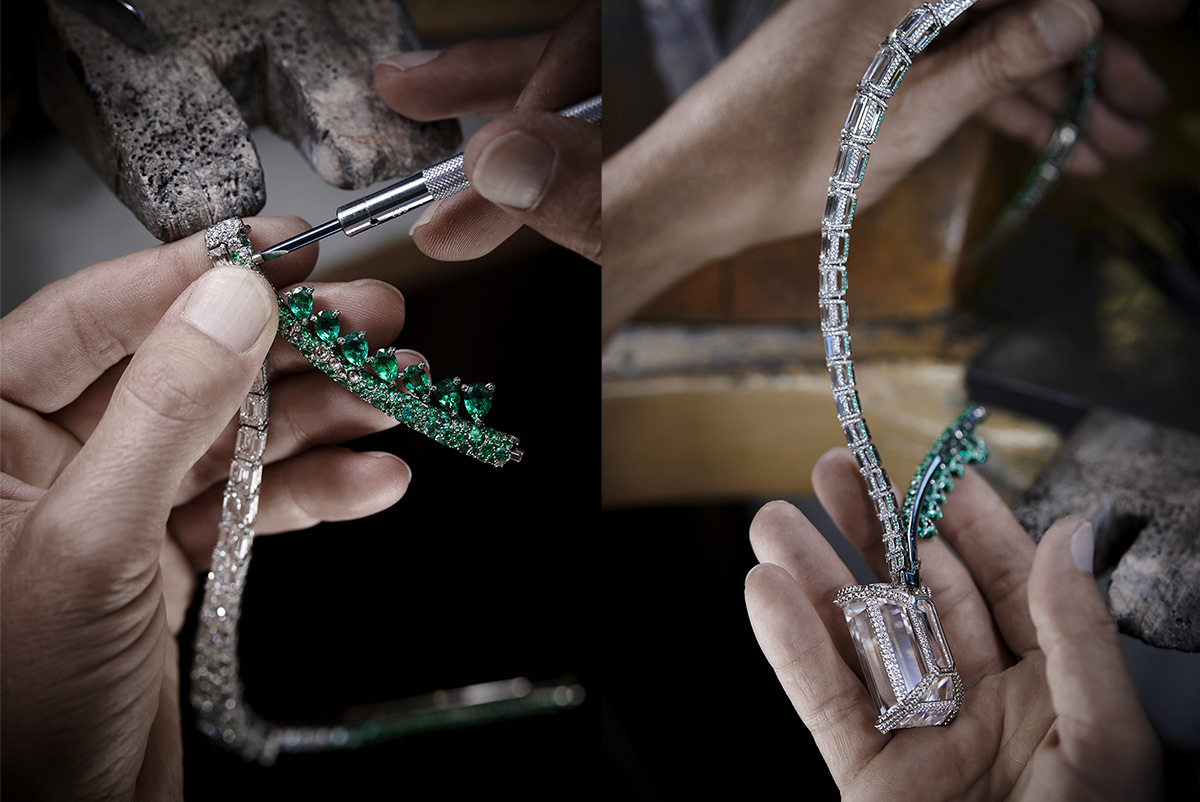 They decided to suspend the centrepiece stone from a wonderfully contemporary emerald and diamond necklace, where one half was formed from emerald-cut diamonds mirroring in miniature the star, the other half from a veritable forest of green. A stunning interpretation of De Grisogono’s flawless design, it didn’t come about overnight. 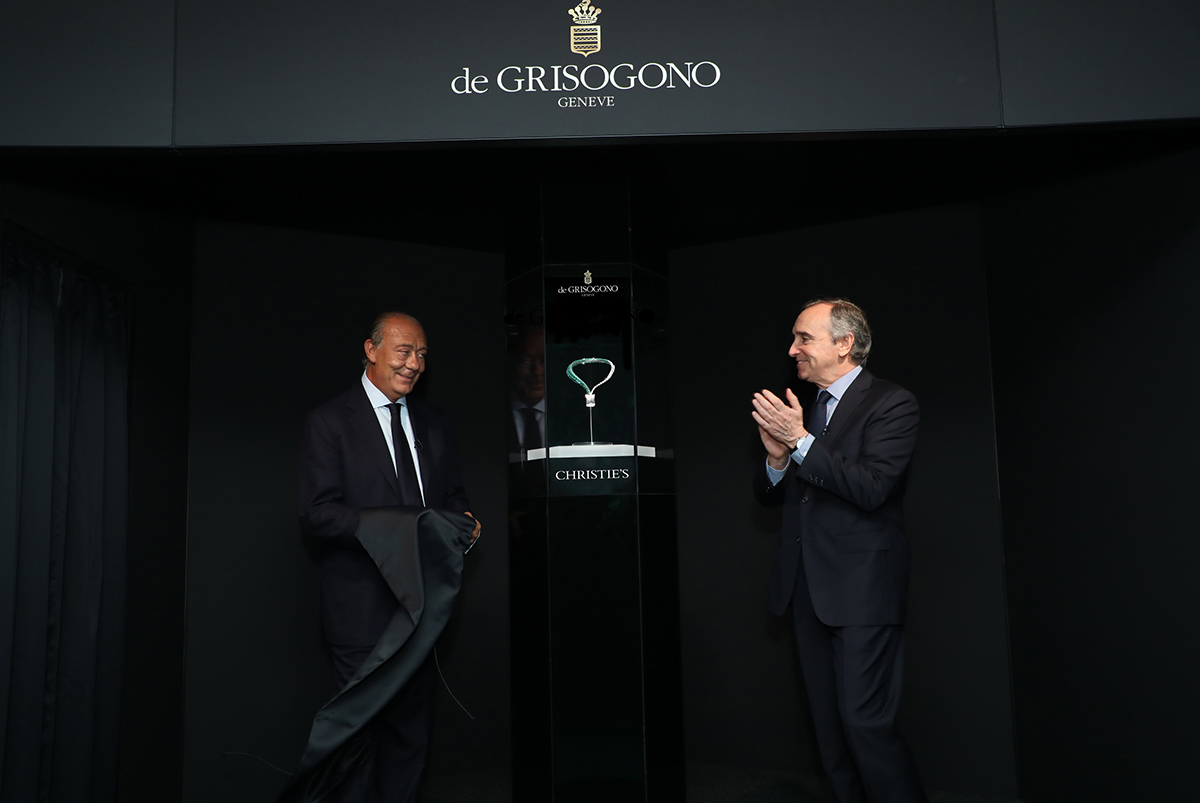 Over 50 different designs were thought up and debated before settling on the final creation and even then it took 14 craftsmen over 1,700 hours of craft to bring the imaginative, asymmetrical jewel to life. 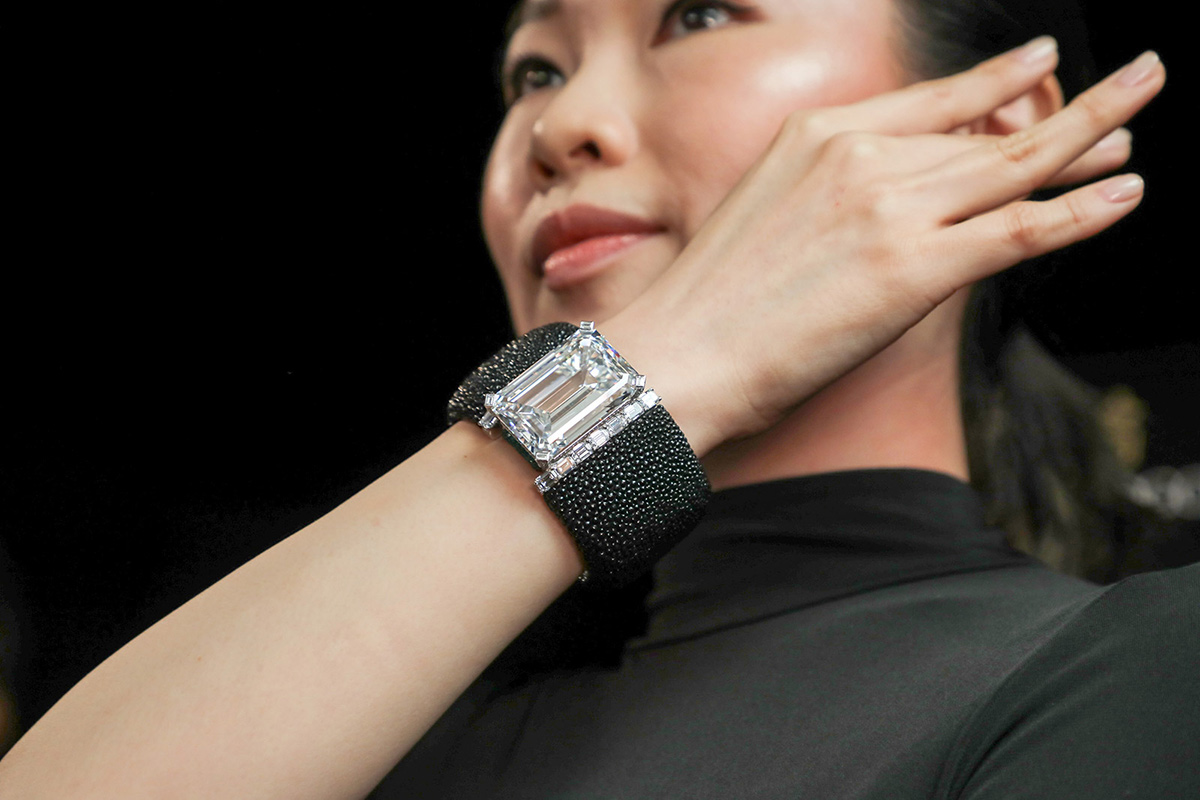 The Art of De Grisogono went to auction 14th November at Christie’s annual diamond auction at Four Seasons Geneva. The sale always garners a huge amount of attention, but this year was something else. The biggest question of course is how much a piece like The Art of De Grisogono went for. The Answer? CHF 33,500,000. That’s just under £25,250,000. Nobody’s going to be doubting the jeweller’s expertise any time soon. More at: theartofdegrisogono.com

The fine jewellery brand goes back to the fifties for its signature stunning creation.