Consider the origins of men’s wristwatches, necessitated by the physicality of combat and the navigational challenges of early aviation, and it is hardly surprising that so many watch icons are born out of a thirst for adventure. From scaling the world’s highest peak for the very first time to modern-day exploits of Arctic endurance, watches have accompanied explorers to every far-flung corner of this planet – and beyond. We take a look at both historical and current expeditions to find out about the kit strapped to the wrists of global adventurers… 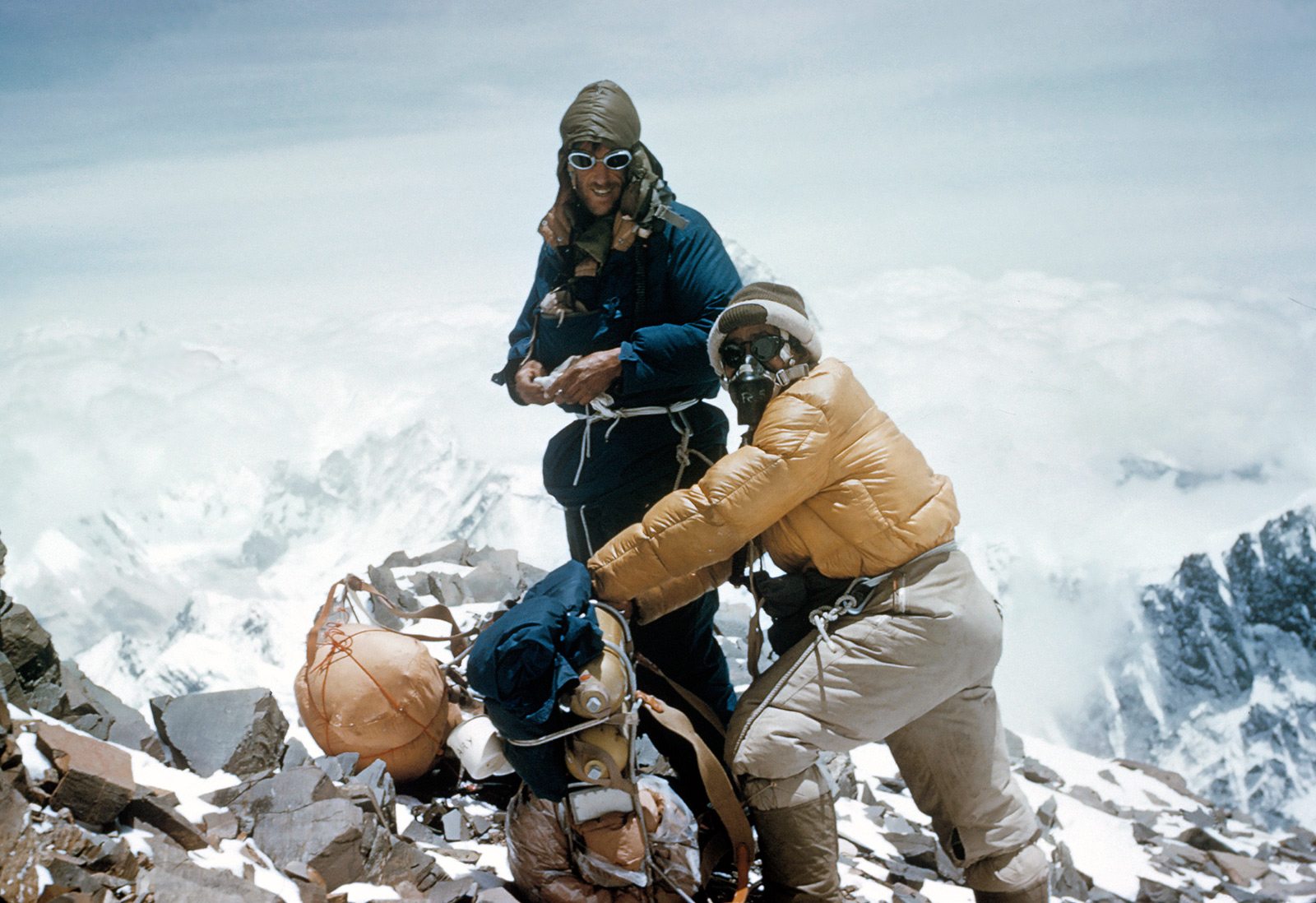 It was not, in fact, Rolex’s Explorer on the wrist of Edmund Hillary as he summited Everest with Tenzing Norgay, but the less aptly-named Oyster Perpetual. However, the success of the team soon led to a new horological must… 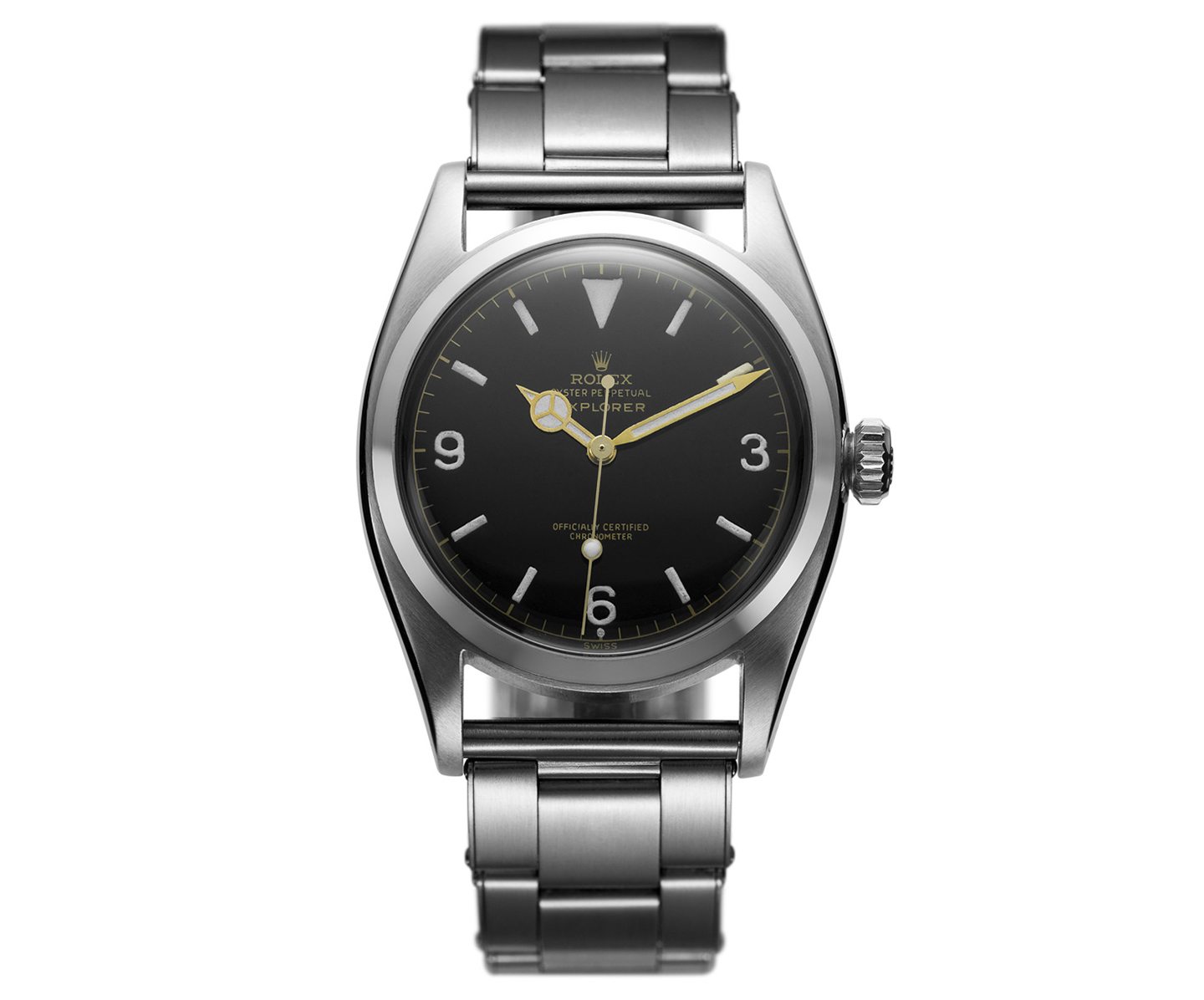 By the time Rolex sponsored the 1953 Everest mission of Hillary, Norgay and John Hunt, the brand had been sending Oysters to the Himalayas for over a decade. Only one summit attempt was granted by the Nepalese government annually, and it was the success of the ninth British team that convinced Rolex to launch its first tool watch in the form of the Explorer. To allow for those sub-zero temperatures to contend with, inside the team’s watches was a slightly thinner lubricant than usual – a feature that was continued in the Explorer; www.rolex.com 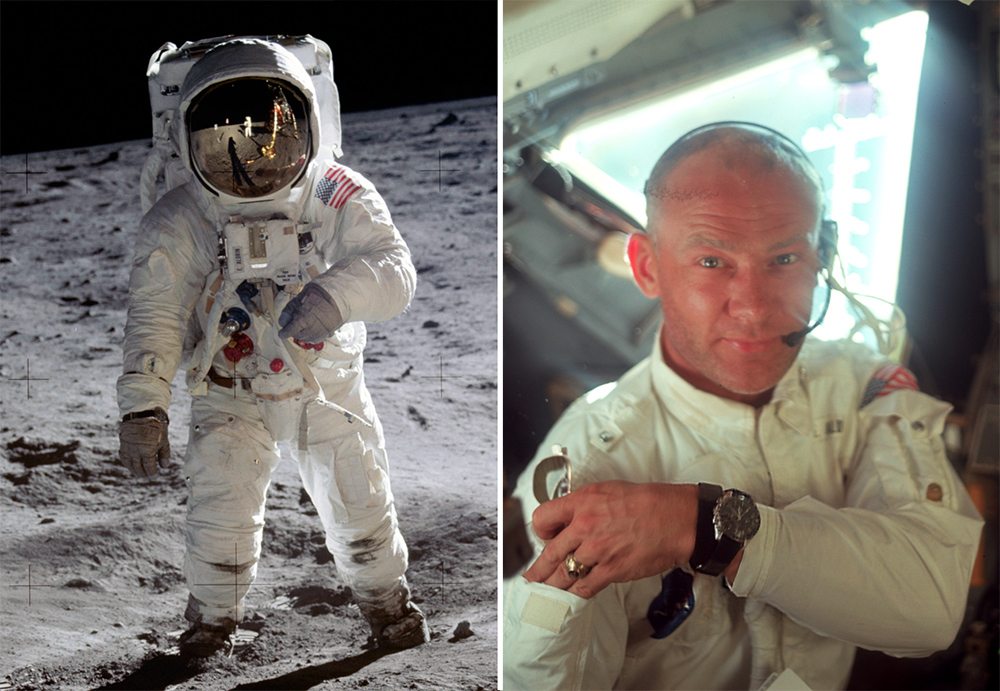 Nicknamed the Moonwatch, Omega’s Speedmaster was strapped to Buzz Aldrin’s spacesuit as he walked on the moon’s surface on 21st July 1969 (Neil Armstrong’s Speedmaster was left behind in the Lunar Module as a back-up for its electronic timer).

Luckily for Omega, Aldrin was a watch fan: “Few things are less necessary when walking around on the Moon than knowing what time it is in Houston, Texas. Nonetheless, being a watch guy, I decided to strap the Speedmaster on to my right wrist around the outside of my bulky spacesuit.” 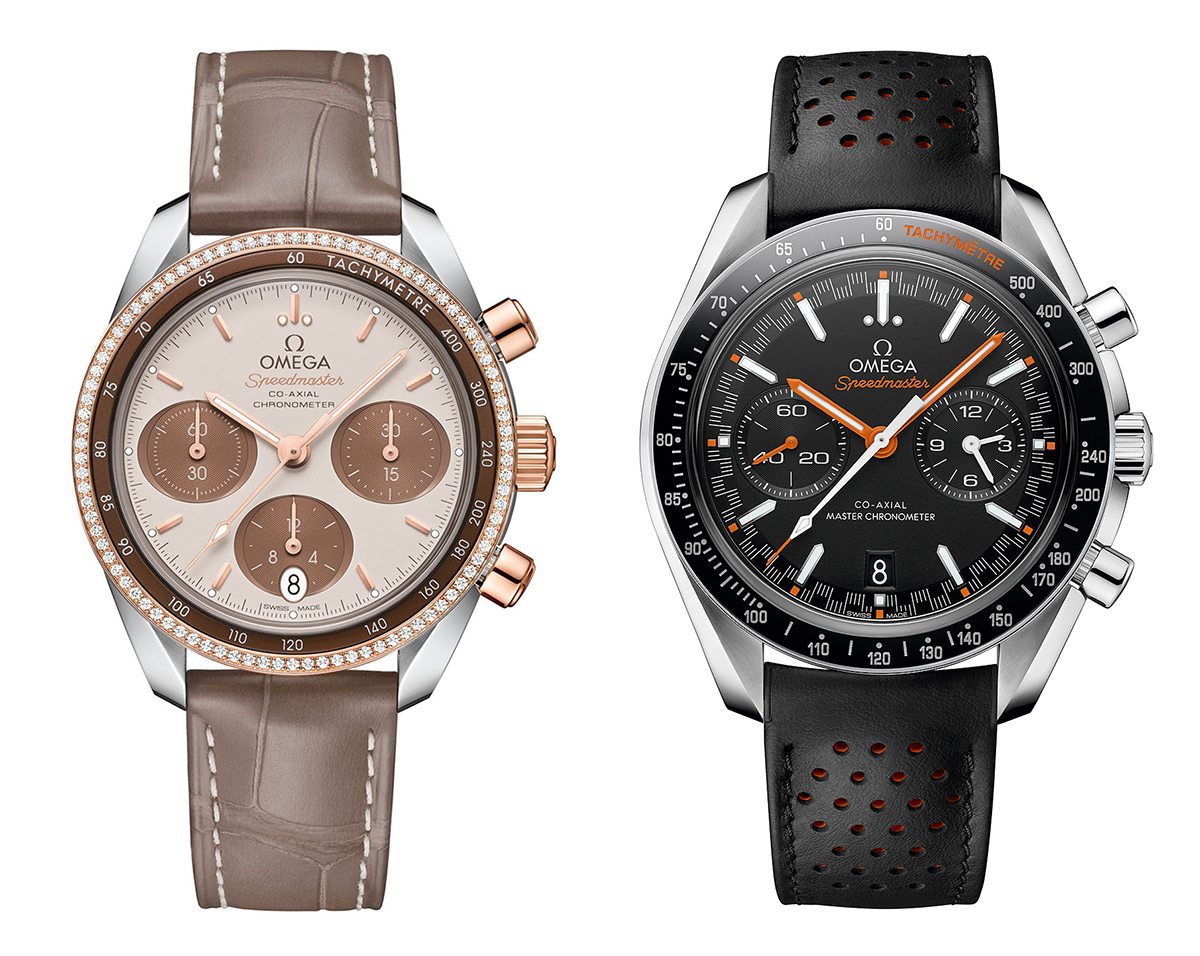 Omega celebrated the Speedmaster’s 60th anniversary at this year’s Baselworld with a new Racing Master Chronometer, as well as a 38mm ‘Cappucino’ in steel, gold and brown aluminium with unusual oval-shaped subdials; www.omegawatches.com 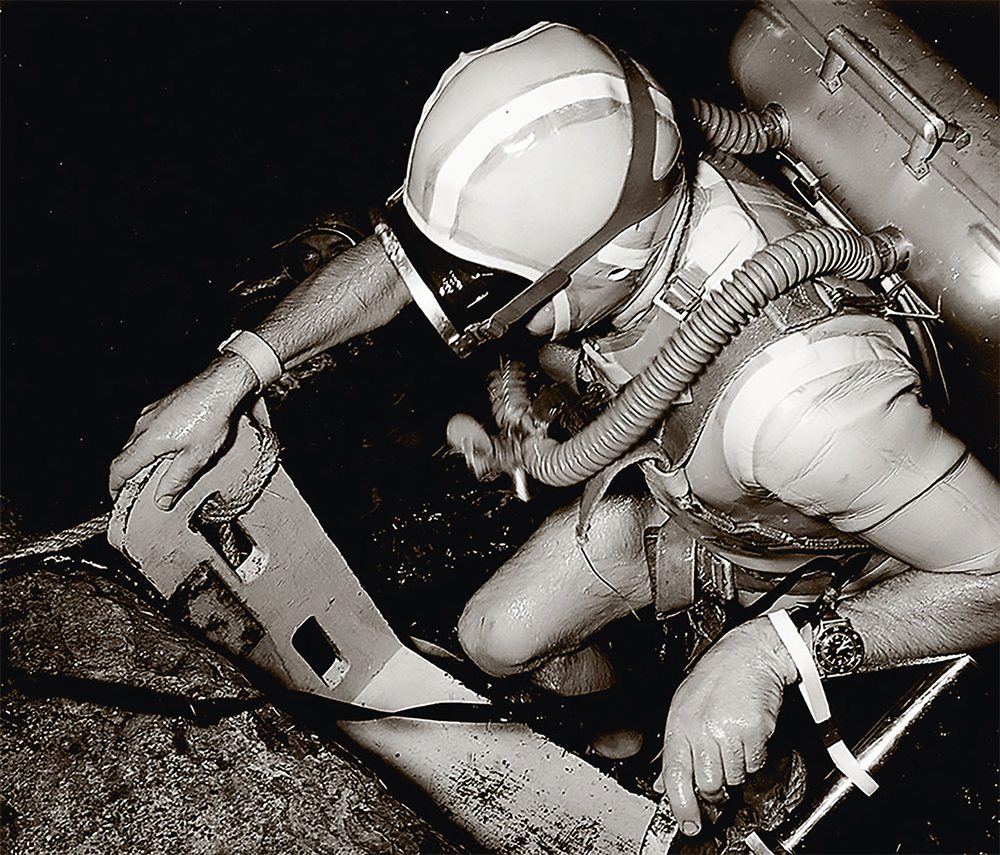 It was a French naval officer, Bob Maloubier, who first approached Blancpain CEO – and keen diver – Jean-Jacques Fiechter back in 1952, with his specifications for a much-needed reliable watch for combat divers. He required “a watch with a black dial, bold large numerals and clear markings: triangles, circles, squares; a rotatable exterior bezel which repeated the markings of the dial. We wanted at the start of a dive to be able to set the bezel opposite the large minute hand in order to mark the time. We wanted each of the markings to shine like a star for a shepherd.” 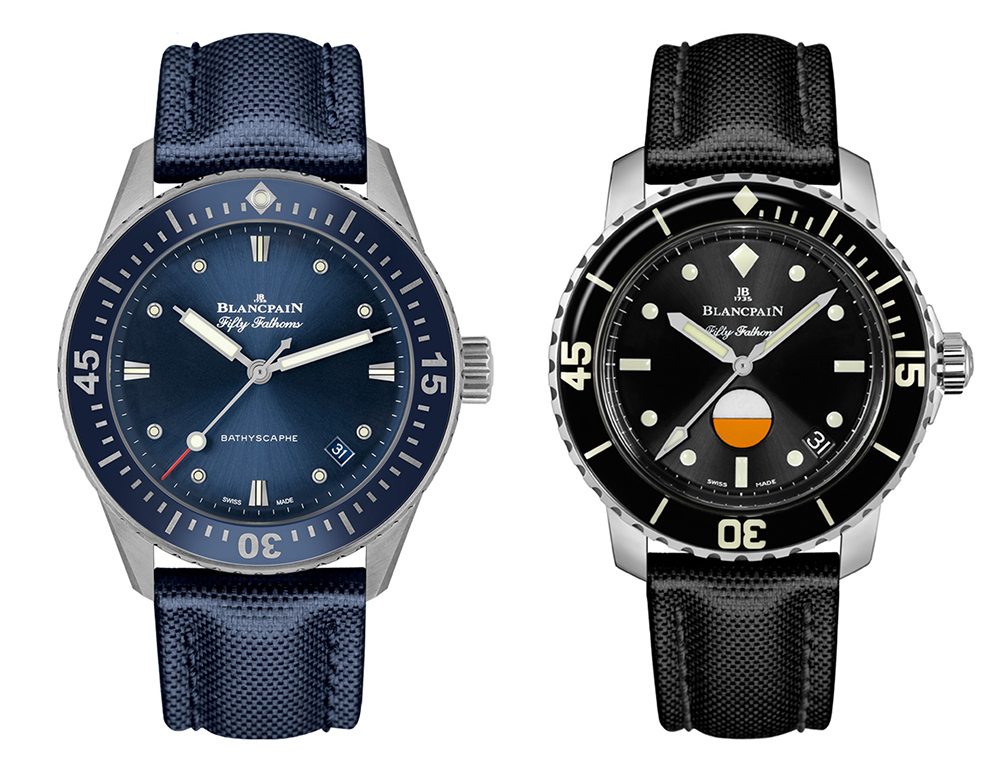 In doing so, Maloubier created the blueprint for just about every dive watch since. Blancpain’s Fifty Fathoms accompanied marine pioneer Jacques Cousteau as he filmed The Silent World; wearing some of the earliest scuba gear, he filmed in locations including the Indian Ocean and the Persian Gulf to bring many viewers their first glimpse of the deep. 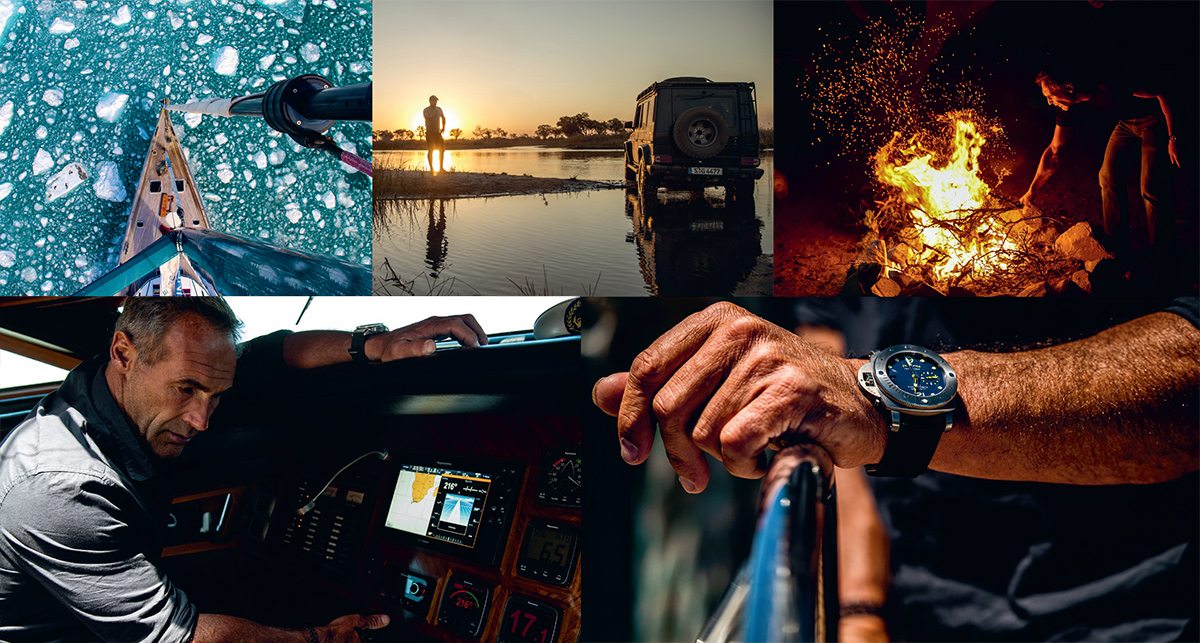 Panerai’s special edition Luminor Submersible 1950 3 Days GMT Automatic is accompanying explorer and extreme sportsman Mike Horn as he circumnavigates the globe via both poles. The Pole2Pole expedition has seen the intrepid Horn sail from Monaco to Namibia aboard his yacht the Pangaea, as well as drive a Mercedes- Benz G-Class through the Namib and the Okavango Delta. 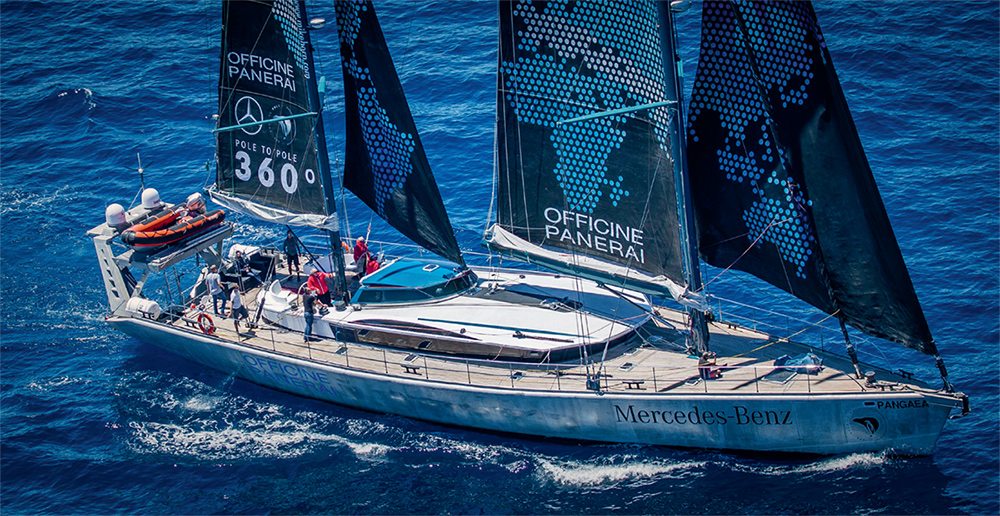 After sailing to the Antarctic from Cape Town, Horn crossed the South Pole on a pair of skis. At present you’ll find him currently sailing through Oceania to Asia, after which he will travel through India and the Kamchatka tundra, sail to the North Pole and traverse Greenland before finally returning to Monaco. 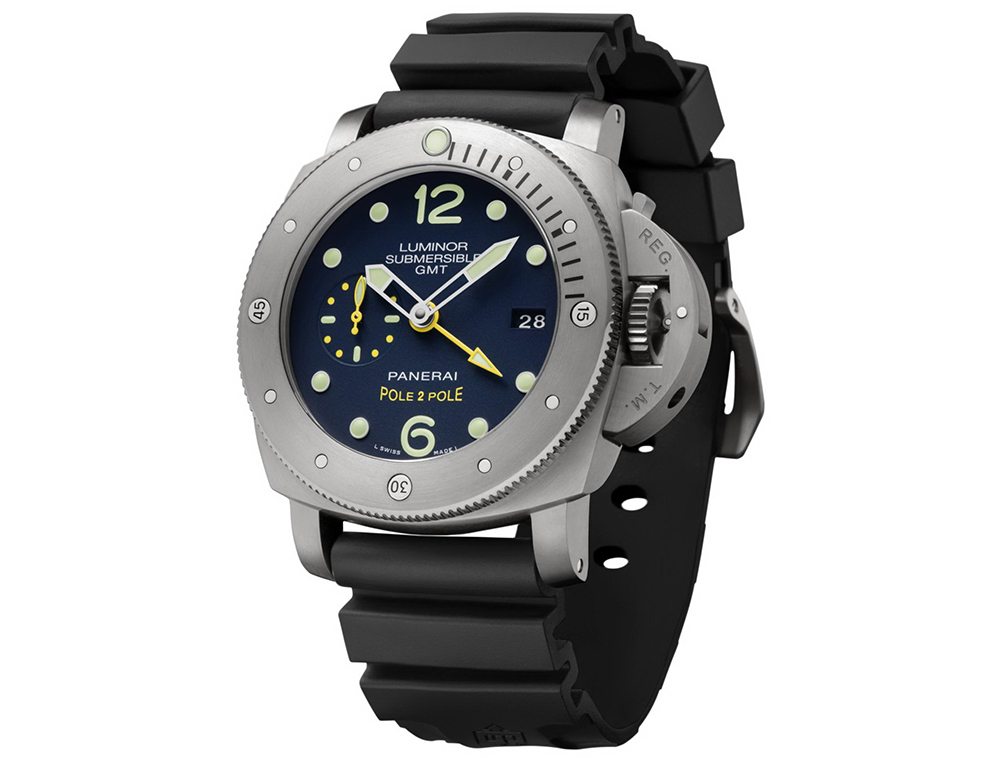 The 47mm special edition Luminor Submersible 1950 has a midnight blue dial with bright yellow accents, and sports the Pole2Pole logo at 6 o’clock. It has a central arrow-shaped hand to show Horn the time back home in Switzerland, and a 72-hour power reserve. The caseback is also engraved with a polar bear and penguin to symbolise the two poles, as well as Horn’s signature; panerai.com 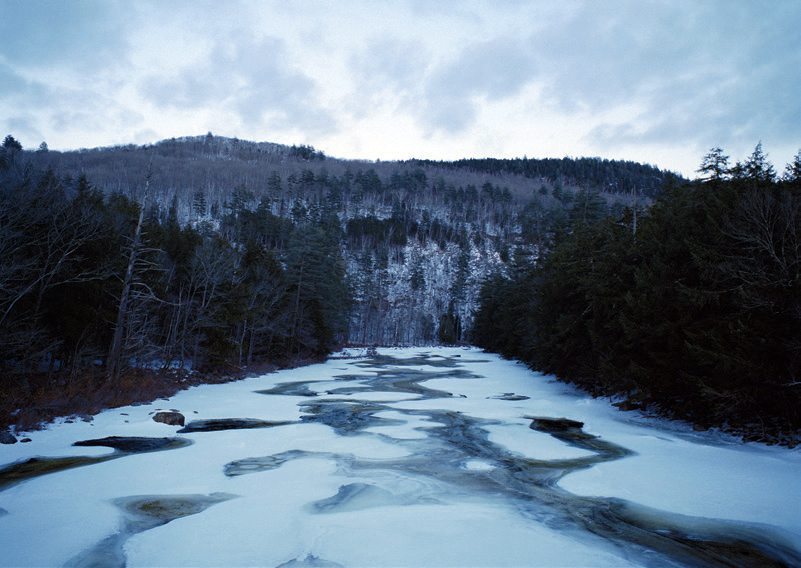 James Bowthorpe is a very modern sort of adventurer: the Brit’s journeys are as much about the urban environment as any other. He teamed up with Tudor in 2015 for his Hudson River Project: Bowthorpe created a one-man boat from Manhattan’s waste, transported it to the Hudson’s source in the Adirondacks, and contended with both whitewater rapids and passing ships on his way back to the city. Factor in that he also had to navigate blocks of ice – his 300-mile journey took place in mid-winter – and it was clear that he required a hardy watch that was up for a challenge. 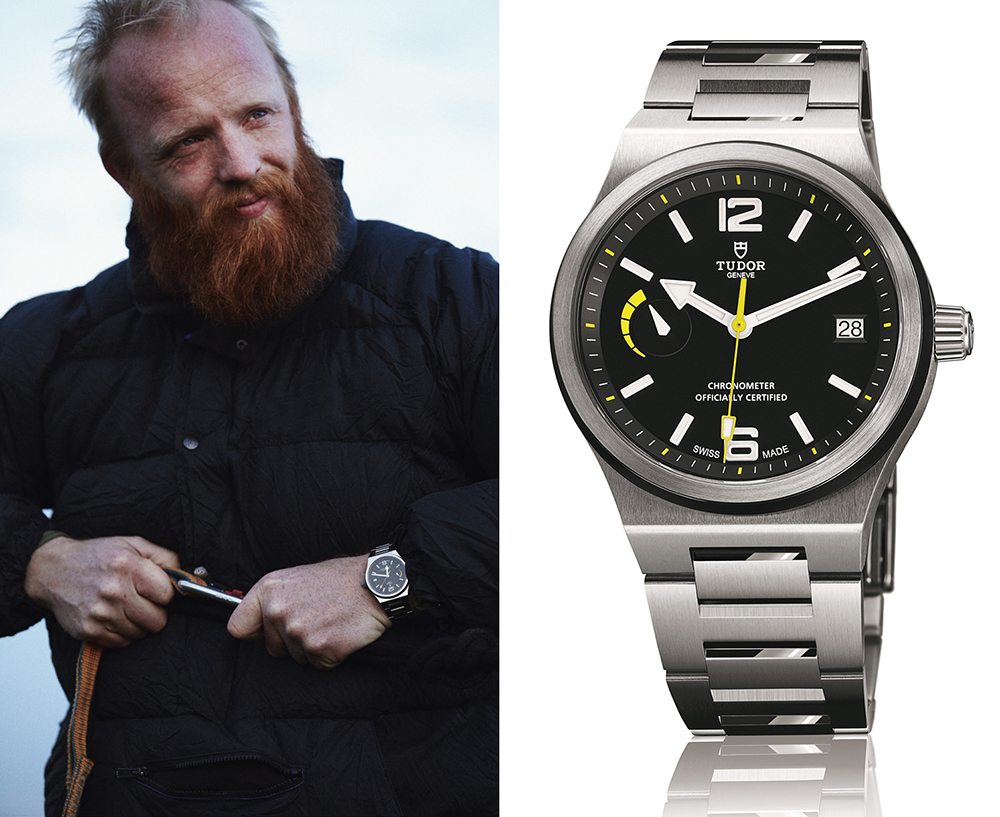 Enter the North Flag. It has its roots, of course, in the Oyster Prince watches designed for the 1952 British North Greenland Expedition. Bowthorpe’s version also contained Tudor’s first in-house, COSC-certified chronometer movement, the MT5621, protected by both steel and ceramic; www.tudorwatch.com 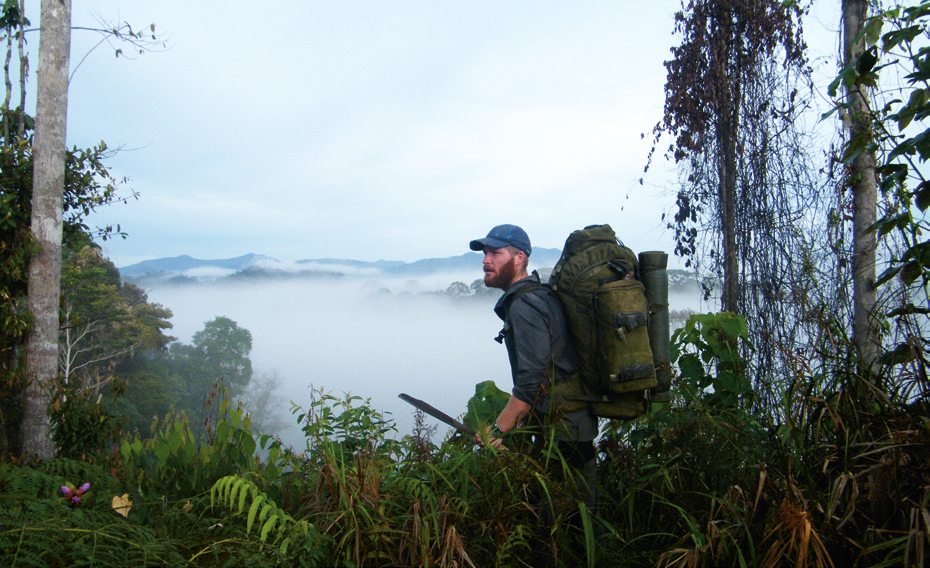 The quintessentially British watch brand is sponsoring former Royal Marines Commandos Louis Nethercott and Anthony Lambert as they journey across Earth’s five largest islands for Expedition 5 – entirely under their own steam.

The pair finished their crossing of Borneo around Christmas (completing 1,395km in 39 days), and will leave for Papua New Guinea this month. Following Madagascar in July, Nethercott and Lambert then plan to travel to Greenland and Baffin Island in spring 2018, with the aim of raising funds for both Help for Heroes and The Royal Marines Charity. 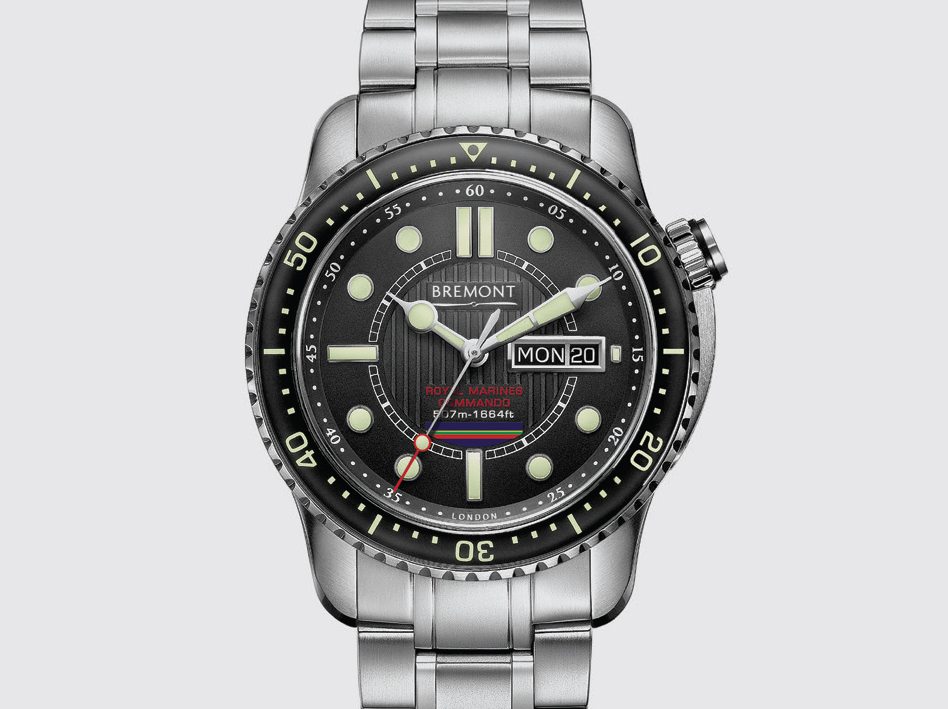 Fittingly, Nethercott and Lambert are sporting Bremont S500 for Royal Marines Commando watches that will accompany the pair through jungle, desert and polar environments; www.bremont.com