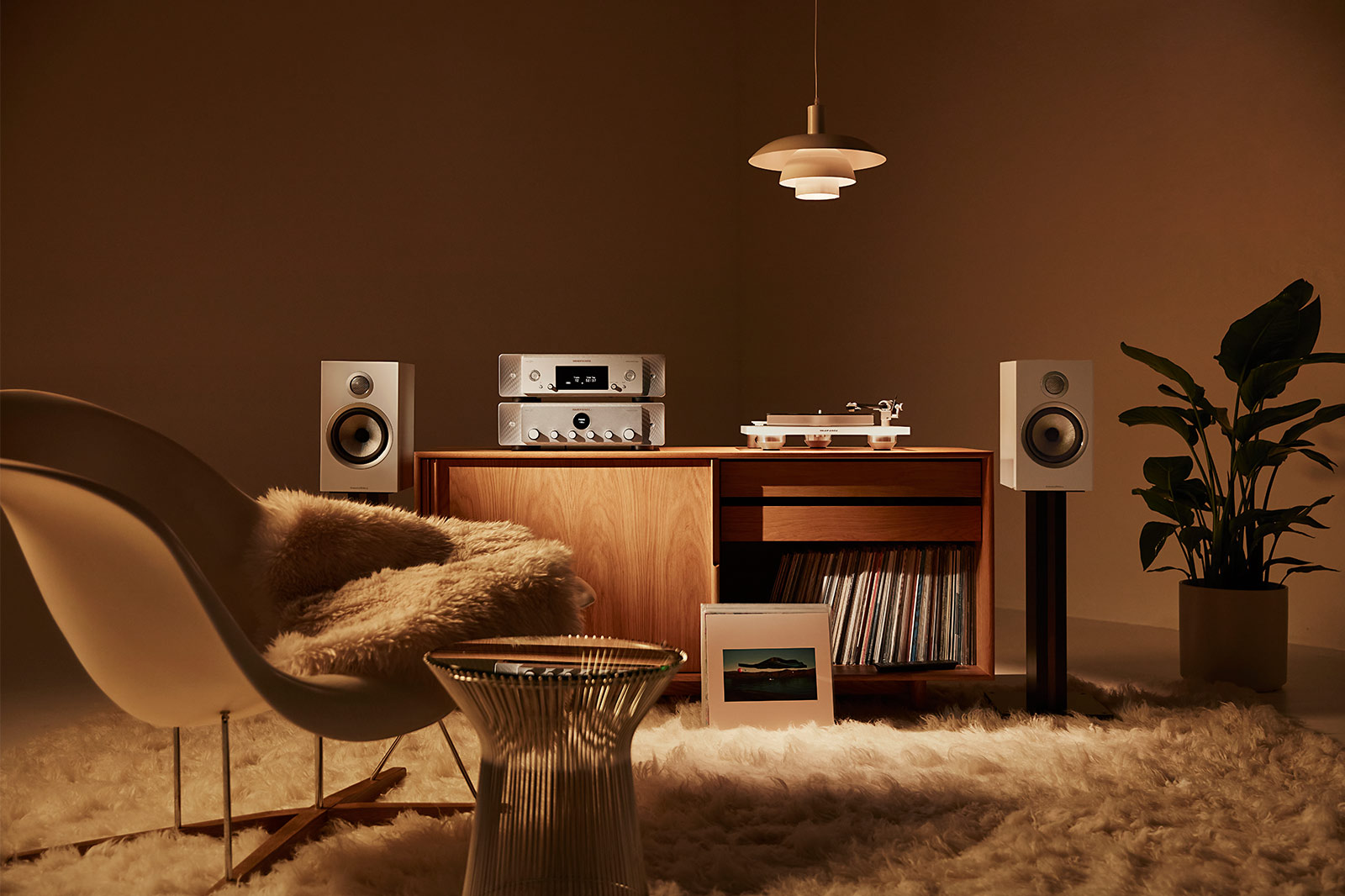 Much like creating the very finest timepieces, the world of luxury sound systems is all about astonishing attention to detail. Take Marantz’s latest designs. The result of three years intensive design and engineering, these models go so far as to embrace The Golden Ratio, the mathematical equation for beauty. You can see it in nature, but it’s informed art, architecture and all walks of design – including, of course, watches.

Here it’s informed the abstracted ripples on the front fascia and the beautiful symmetry of its layout. And the aesthetics of Marantz’s latest product line matches their performance – which is to say, phenomenal. The company’s technical specs have always been among the best in high fidelity audio, creating an audio signature that combines warmth of sound and deep muted tones. 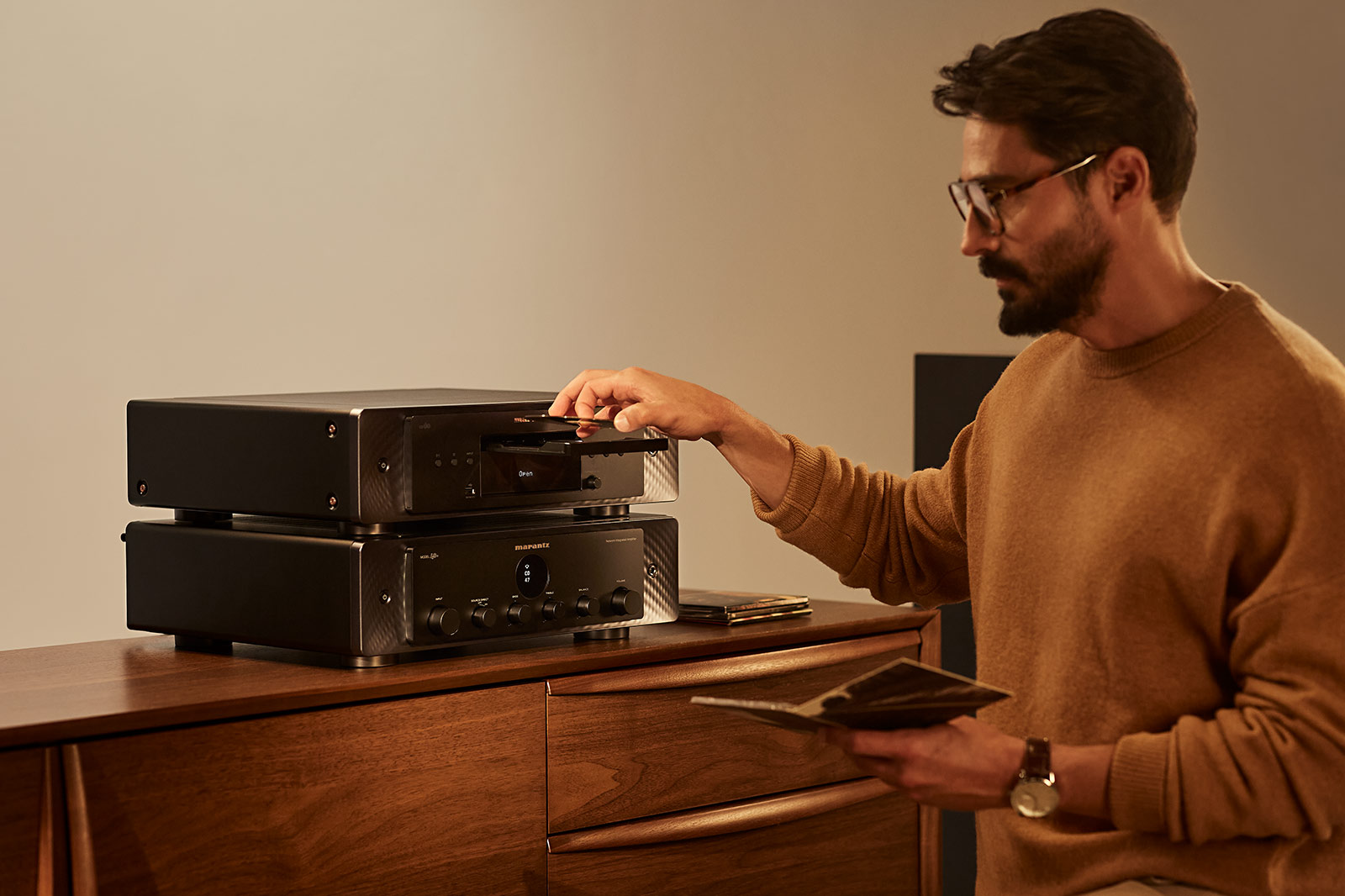 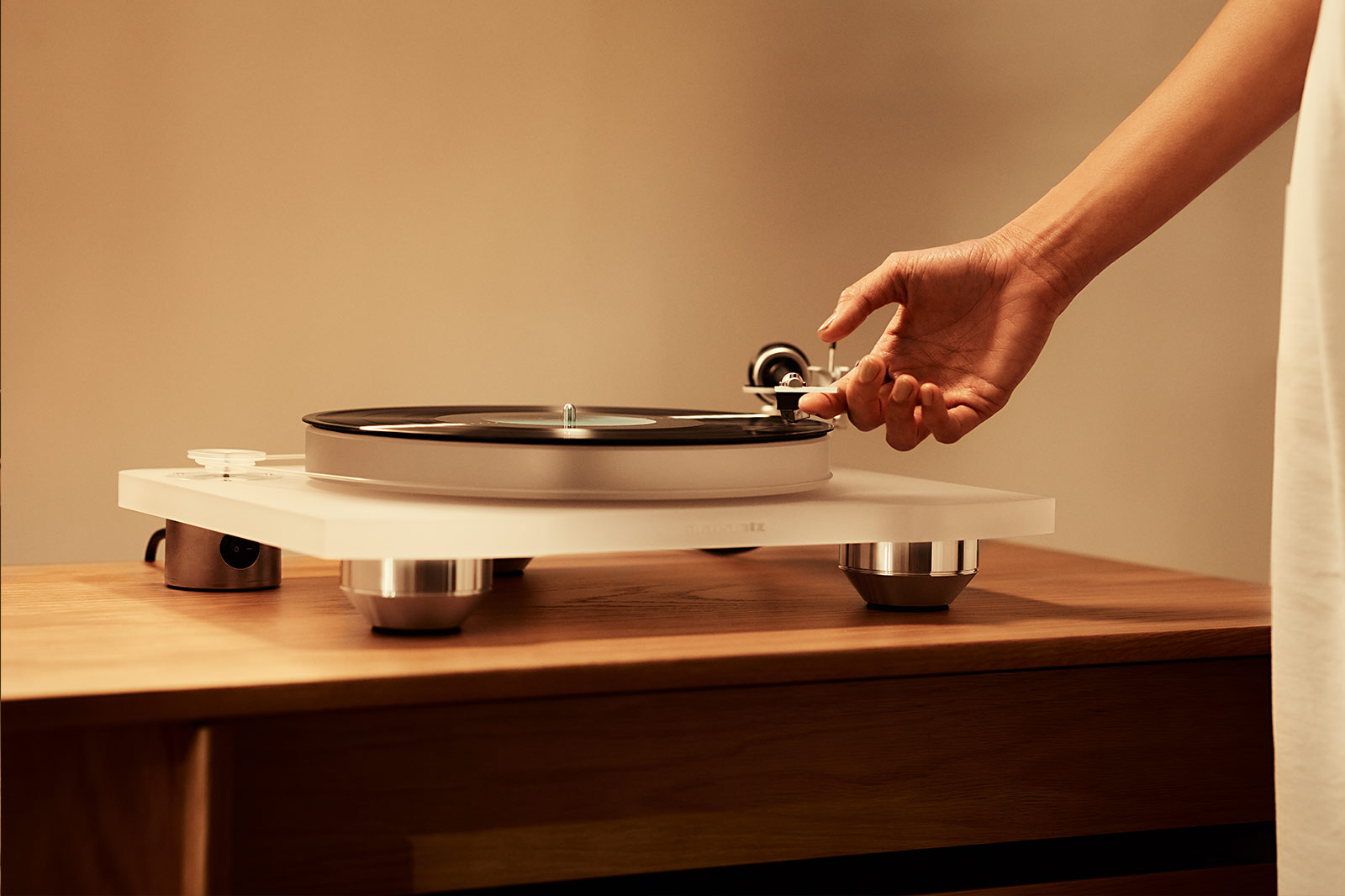 It’s been quite a journey to get to these wonderful statements of audiophile luxury. Back in the early 50s, the home sound-system as we know it today just didn’t exist. These were the early days of hi-fi after all, and while professional set-ups in studios would have had great fidelity, the humble living room was more often than not bereft of anything but a crackling radio. Enter Saul Marantz who in 1952, frustrated with the lack of options, designed and built a hi-fi pre-amplifier exclusively for the home. 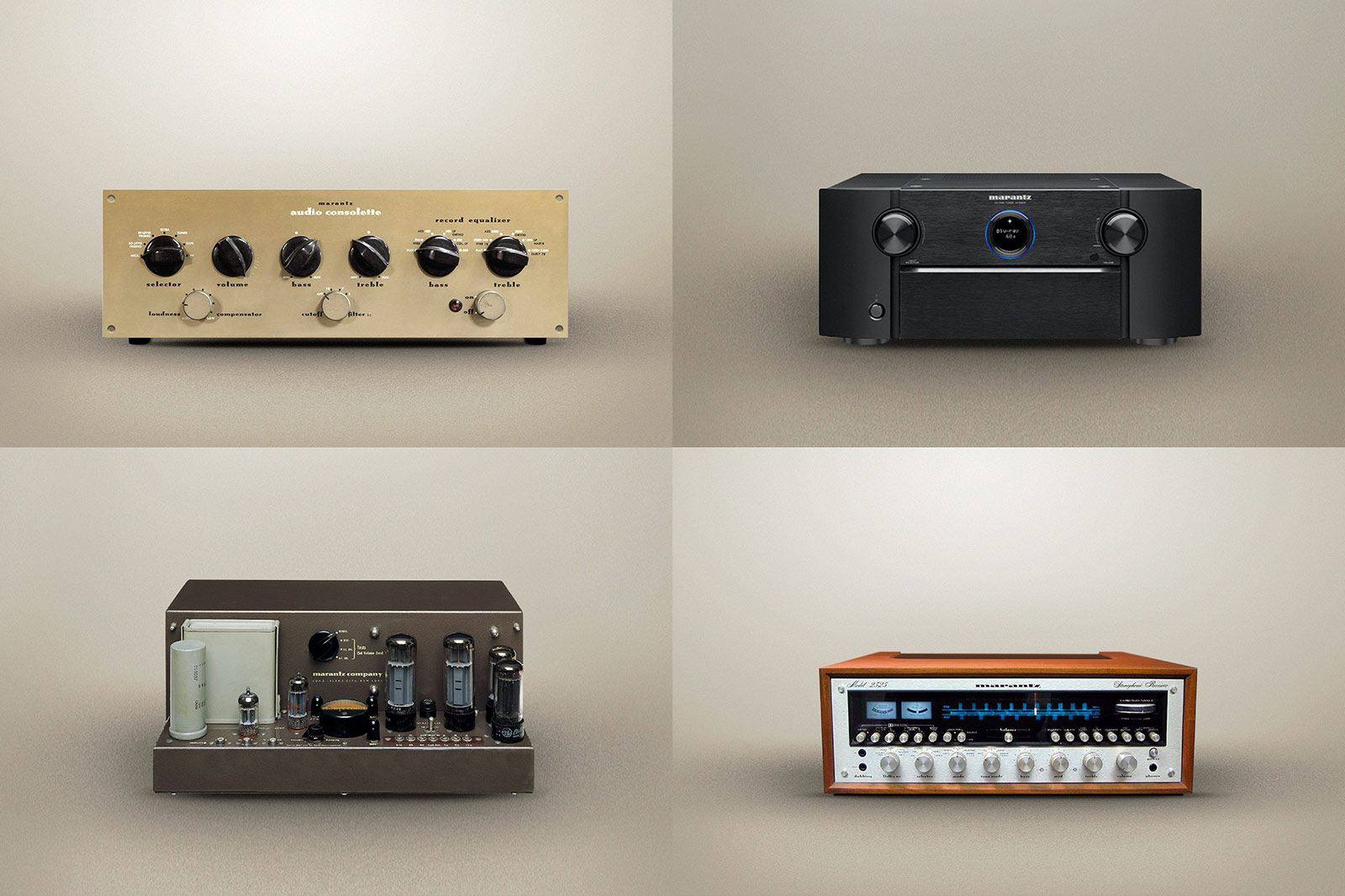 The newly dubbed Audio Consolette was an audiophile miracle. This was in the days when every company needed different settings to get the most of their records, and the Consolette could handle them all, with settings for 36 types of LP and 45rpm equalisation curves. He initially planned 100 units; a year later 400 had been built and in 1953, Marantz as a manufacturer was founded.

Over the decades since, Marantz established itself as one of the most impactful audio brands in the world. From the legendary Model 10 FM radio tuner in 1961 to ‘the most musical CD player in the world,’ the CD-45LE in the 80s, the company has continued to lead the way in the quest for playback perfection. Along the way, production moved to Japan, but throughout they retained their distinctly New York take on luxury. 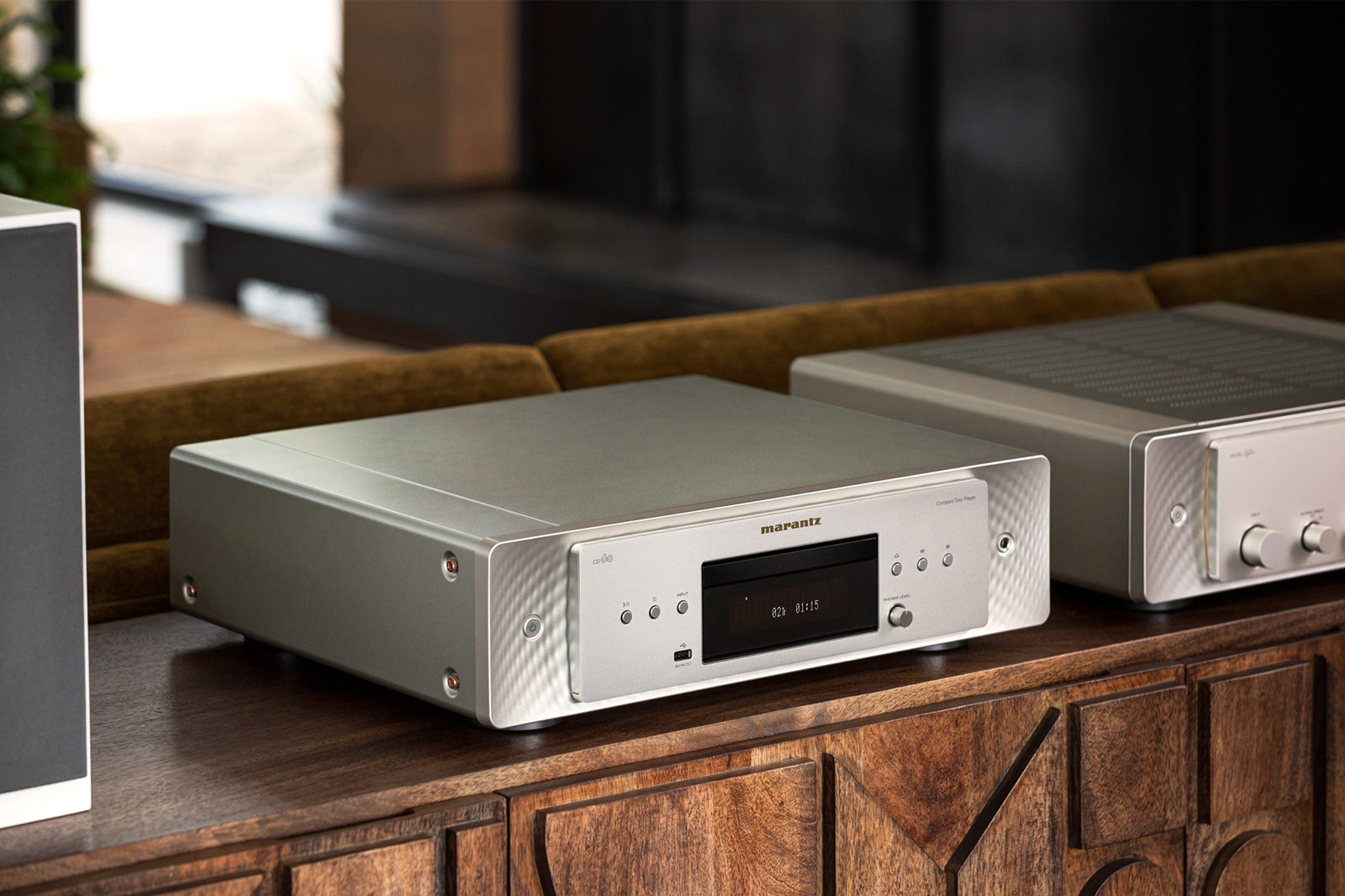 If you’re new to the Marantz brand, now is the perfect time to discover what sets them apart. The best place to do that? You own home. After all, that’s precisely what Saul Marantz envisioned for the company, 70 years ago.