Home Watches 5 Pilots Watches for 100 Years of the RAF

The RAF is a magnificent institution and one that feels like it should have been going for well over a century, regardless of when we as a species actually learned to fly. Feelings aside though, it is indeed the centennial anniversary of the Royal Air Force – so what better opportunity to showcase some of the best pilots’ watches out there? Chocks away and all that old chap, what-what! 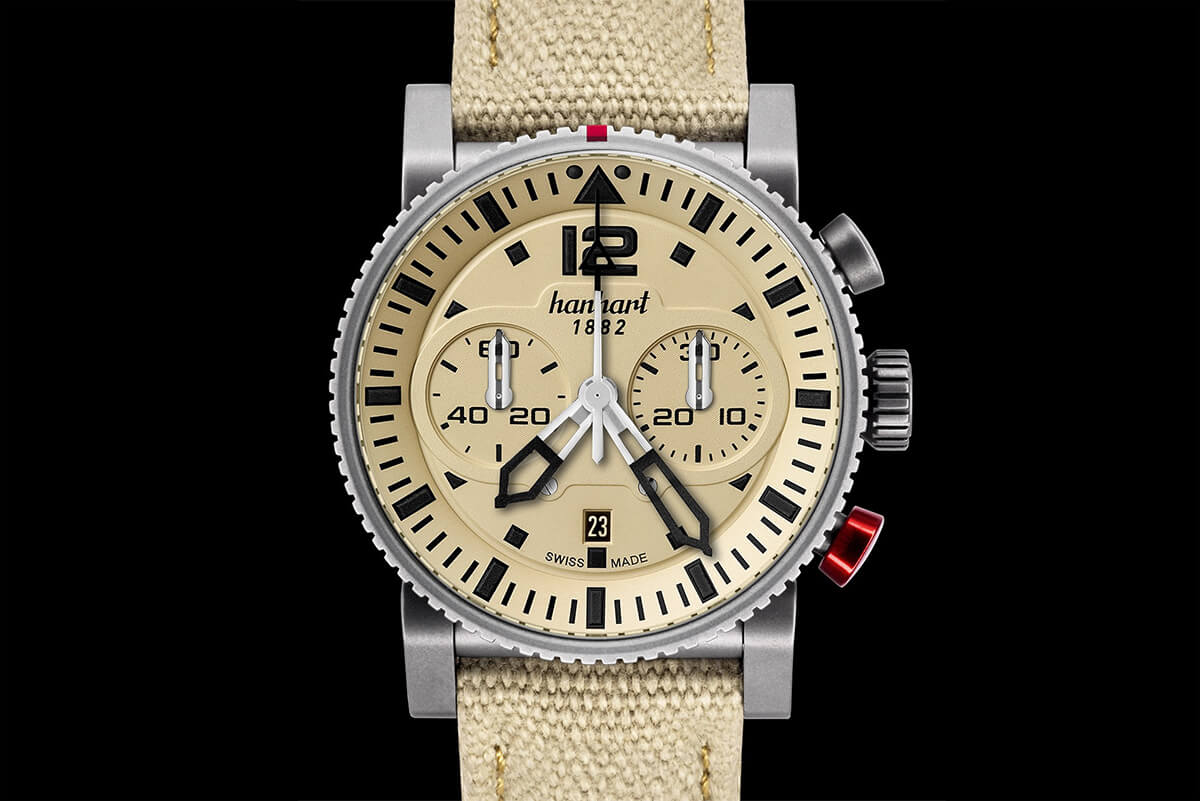 This is not vintage inspired. Far from it in fact; this is one of the few contemporary pilots watches we’ve come across in recent years and it all the more standout for it. It’s a little more crowded than the rest with a chronograph function and skeletonised hands, but that doesn’t stop it being legible. Add in a unique case shape – and a cool, metallic red chrono pusher – and you have the kind of unusual yet standout pilots’ watch everyone will notice; hanhart.com

When you’re in the air legibility is everything. IWC’s flagship aviation watch more than has that little aspect covered. Built to celebrate IWC’s centenary-and-a-half, the watch is wonderfully easy to read and thanks to the oversized crown is just as clearly IWC. The lacquered blue dial is simply beautiful and, with each limited to just 100 pieces, you’ll need to be some kind of aerial ace to be able to get one of your own; iwc.com 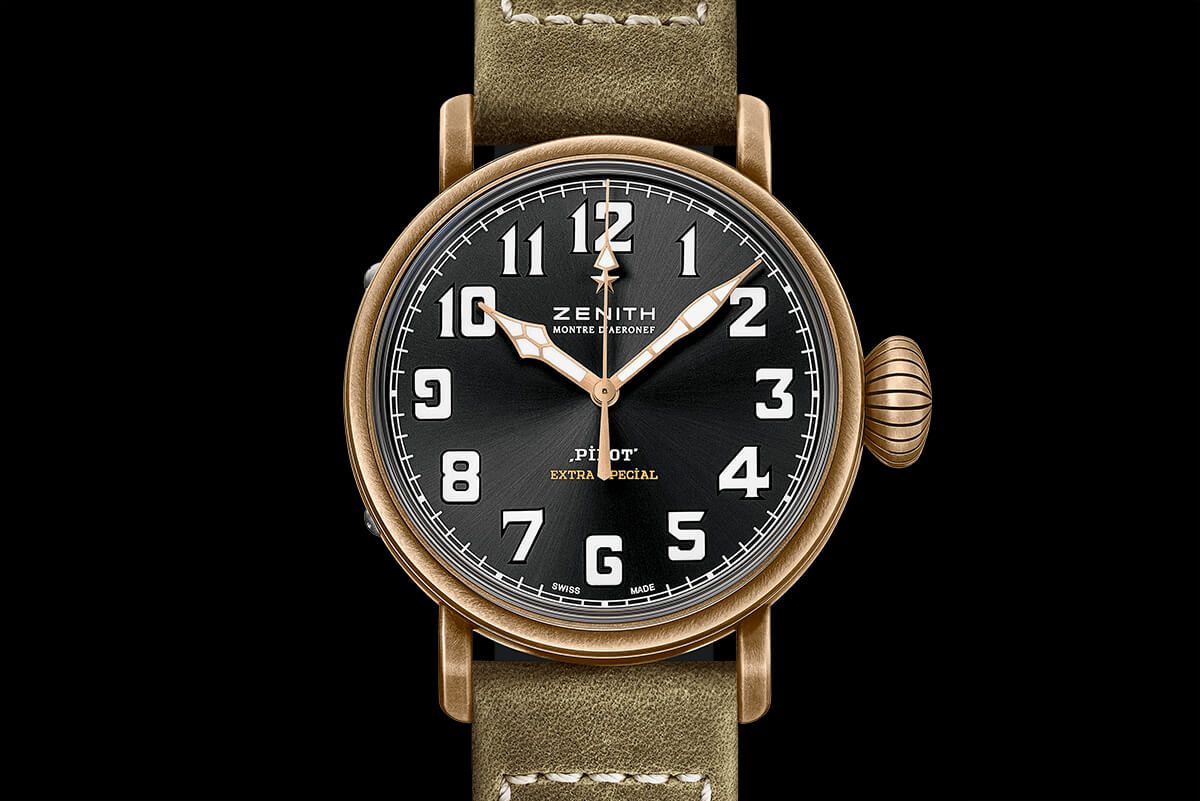 This is, to me, one of the coolest aviation watches ever made, rendered in the material most in vogue right now. Really Zenith has knocked it out the park here. The Extra Special takes the pocket watch influenced Type 20 case, turns it into aged bronze, brings it down to a lovely 40mm size and adds their phenomenal Elite movement. Extra Special is right – and the blue is simply spectacular, whether you’re in the air or not; www.zenith-watches.com 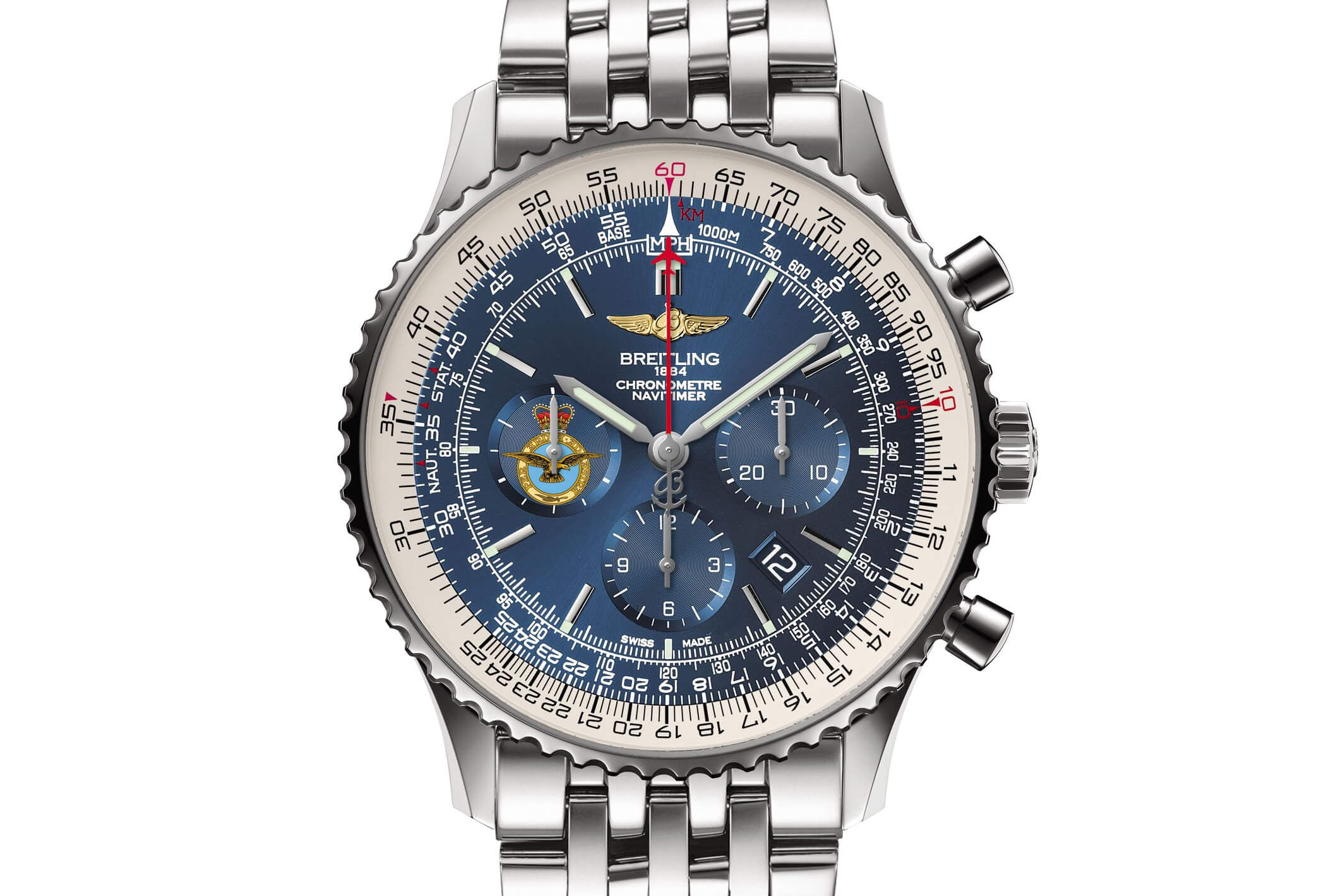 Considering we’re currently sitting at the Ham Yard Hotel watching an RAF flyover, courtesy of Breitling, it would be remiss of us not to include their own tribute to the Royal Air Force. Don’t worry; it would deserve it’s place either way. The Navitimer is a horological classic and the addition of the RAF emblem only helps matters. Yes it’s crowded, but it’s the kind of crowded you can’t take your eyes off – and that iconic bezel is as magnificent as the Spitfire’s stunt-spotted honorary display; www.breitling.com 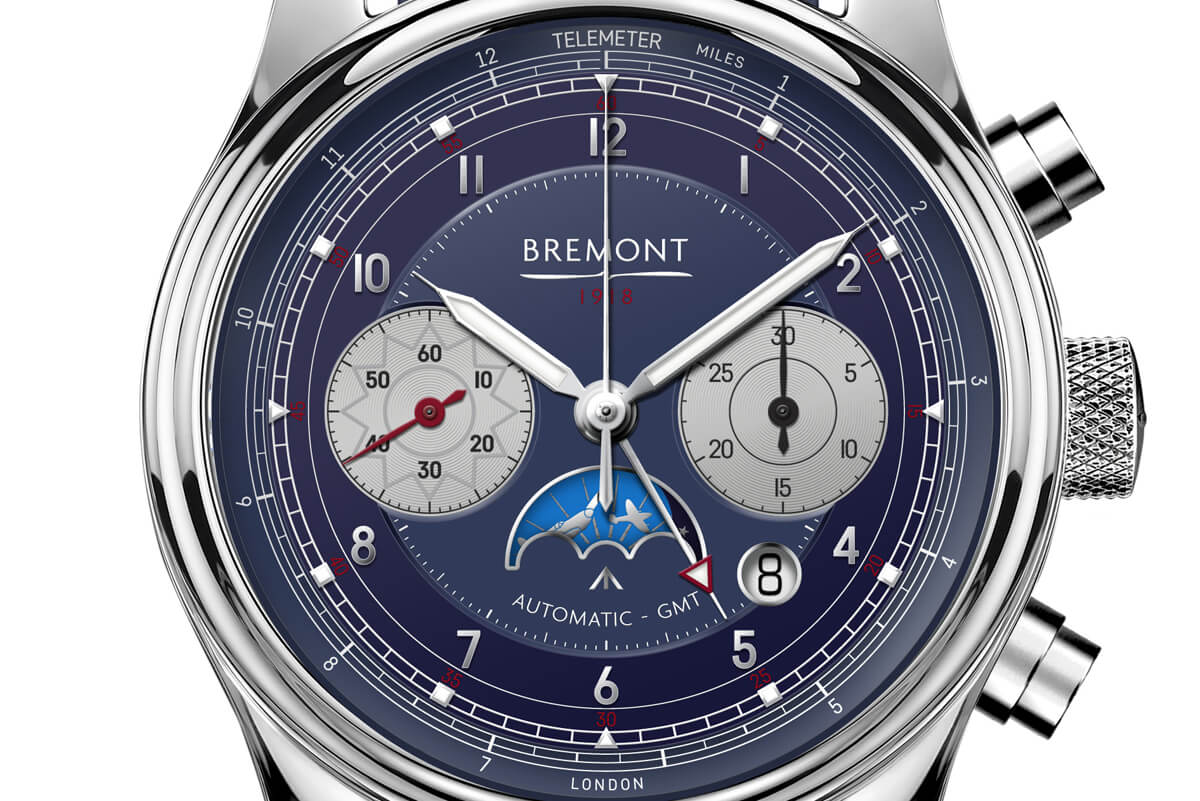 We’re not the only ones celebrating this historic anniversary and, given that Bremont have incorporated spitfires into their watches in the past they were obviously going to be doing so. This one takes the handsome Alt 1-P chronograph and loads it with aviation-oriented complications, including a aeronautically-embellished day-night indicator (Spitfire by day, Lancaster by night) and a GMT function. 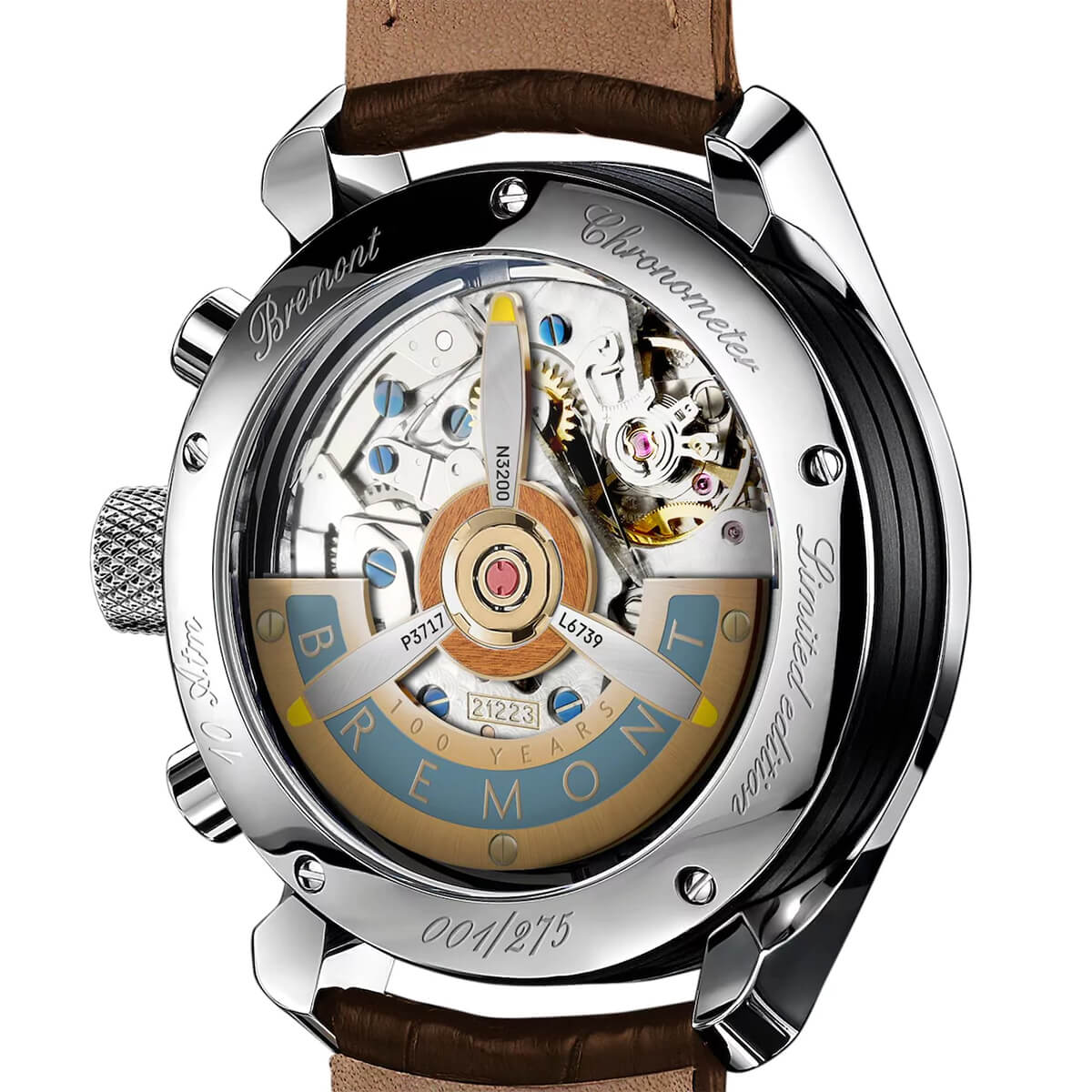 Finally, because this is Bremont, there are four aircraft lending parts to the rotor on the back: the Spitfire, the Hurricane, the Bristol Blenheim and the extraordinary RAF SE5a; www.bremont.com