Home Culture Out of Arabia: Levison Wood on the Journey of a Lifetime

Generally, if you were to get captured by a drug dealing jihadi and managed to escape out the bathroom window at three in the morning, you’d high tail it and not look back. Hell, if it was at the age of 22, you’d probably have some sort of complex. You’d also not be Levison Wood.

The British explorer has tackled some of the most extreme places on Earth – be that a desert, a rainforest or a warzone – and has coped with the harshness that entails. You may well have seen his documentaries as he hiked through the Himalayas, the Nile and the Americas – they’re intense. His latest tour however was his grandest yet: a 5,000-mile circumnavigation of the Arabian Peninsula. On foot.

“I was always being told it was impossible, every time I tried to pitch it. I kept being told it was too dangerous. It was something I always wanted to do so after five years I said, ‘Fuck it’. I got a few people I worked with previously and self-funded the whole thing.”

Still, he’s been well prepared for it. After Levison’s… eventful backpacking tour of Afghanistan he enlisted in the Paras and, 12 months later was back again. Granted it was under different circumstances, but it renewed his love of the region. So how did this odyssey to the Middle East come about?

He’s not the first explorer to make his way through the area, following in the footsteps of Wilfred Thesiger, Richard Burton and Lawrence of Arabia. But the way Levison talks about the journey makes it seem so simple, so straightforward. The biggest question though, is why?

“There are a lot of misconceptions,” he says of the region. “We only ever see it on the news and usually for the wrong reasons, full of terrorists and bombs. All of that is of course happening but it’s so much more complex, and I wanted to show a more balanced portrayal of the region and show it for all of its faces.”

Levison certainly didn’t shy away from the conflict. He kicked off the first of the 5,000 miles on the Turkish border in Syria and on to Iraq, where he was embedded with the Iraqi People’s Mobilisation Front – essentially the volunteers too old or too young to join the regular army.

“We were with a thousand of these volunteers, literally walking in a straight line into ISIS territory waiting to be ambushed. Which we were, rockets flying everywhere. We even captured two Taliban commanders. What a bonkers day out that was!”

After that things calmed down a bit as Levison and crew went down to the ancient ruins around Babylon, the real birthplace of civilisation. From there they went through the Mesopotamian Marshes and then on to the Gulf.

“It’s a hell of a contrast. Suddenly you’re in a five-star hotel with Peter Andre on stage singing Mysterious Girl. The change was a bit surreal.” 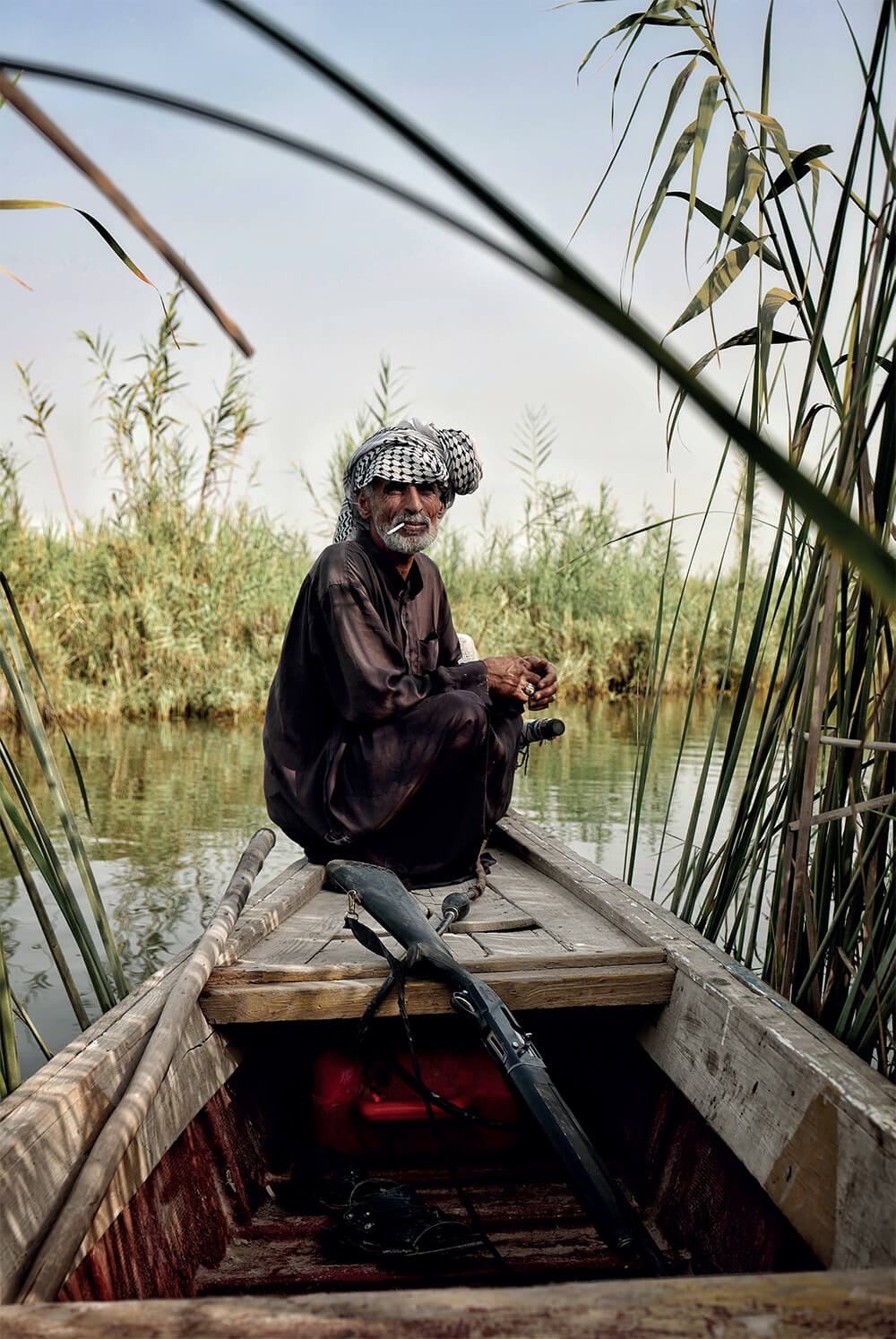 Personally, the RPGs sound more appealing. Still, the team’s break in the UAE wasn’t long and soon they headed into the mountains of Oman and into Yemen through an unusual route.

“We had to sneak in over the mountains with one of the local tribes,” Levison explains of their off-the-books entry into the blocked-off region. “My Somali guide introduced me to the last Sultan from the day when Yemen was controlled by the British and we had a rather warm welcome!”

Bear in mind that Yemen is currently in the middle of a civil war, rife with Al Qaeda jihadists and suffering from a cholera epidemic. That still wasn’t Levison’s main problem. It was at this point that Saudi forces in the area caught wind of the crew and threatened to drone strike their hotel in the most adamant eviction notice ever. Then it was a quick escape and fishing boat across the most pirated waters in the world off the coast of Somalia.

“Turns out our captain was probably a pirate himself. After hitchhiking across Somalia, we managed to get the world’s first ever tourist visa to enter Saudi Arabia, where we spent four weeks seeing the culture there. It’s not what I was expecting; Jedda has a McDonalds on every corner!”

From there it was through the tourist trap of Jordan with Petra and the like before hitting Israel and Palestine. Now, some might want to take politics with them on a trip like this to such a contentious area, but not Levison.

“I met Israeli settlers and got caught up in a Palestinian protest with Israeli troops firing at us. I try to show as balanced a perspective as I can. I’m not there to pass moral judgement, I’m there to show things from their perspective.” It’s that perspective that helped them in their last phase of the journey: Syria.

“I had to have an interview with Assad’s secret police – and they let me in! Entirely because they knew I would be impartial. It turned into one of the highlights of the trip!”

From there it was to Lebanon, the peninsula’s gateway into Europe and finally – and somehow in one piece – home. And for Levison, a real sense of accomplishment. His impossible journey was complete and he had survived.

If all this has stirred some wanderlust in you then personally, I think you’re borderline insane. But still, Levison has some advice: “Just go there and do it; the hardest part is getting to that starting line. You’ll have to make sacrifices and it’ll be hard, but nothing is harder than that first step.”